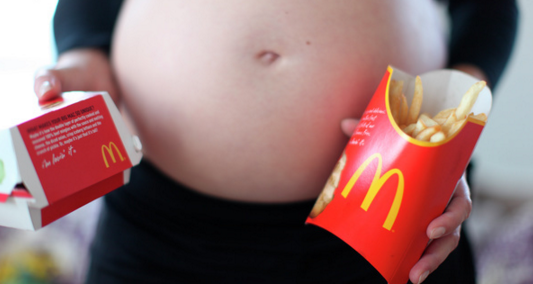 A fat blonde woman plops down on the Heathrow Express in front of me. She is disgusting, utterly unbearable to make direct eye contact with. I feel bad for thinking this as I’ve been trying to turn over a new leaf with regard to the women I find myself attracted to; it’s always a cliche sort of bird: tall, big tits, long brown hair. And though I want to be attracted to this sort of toadish monstrosity sitting in front of me, I find it impossible even though it would make my life infinitely easier (have you never heard that song by Jimmy Soul?). Looking at her, you can tell right away that she is American–they only make these kinds of sizes in the United States. She also possesses the sort of lack of abandon that all Americans do, utterly unconcerned with how foul she comes across to other people. I imagine that’s why she eagerly whips out a McDonald’s bag from her purse and removes some greasy breakfast sandwich that she must have been champing at the bit to devour ever since she bought it at Paddington Station.

The waft of artificial bacon and, in essence, cancer and death bombards me as she noshes on what is, to her, this delightful treat. I want to vomit in my mouth in the manner of Jude Law in I Heart Huckabees. She’s probably never seen that movie, or any David O. Russell movie for that matter. She more than likely loves Michael Bay and undoubtedly went to the theater to see Magic Mike XXL more than once. She is, in short, the reason why people hate Americans. I couldn’t stop side-looking at her though. She was so horrifying, so grotesque–it was too vulgar not to watch with cautious interest. Christ forbid she caught me staring and mistook my glance for sexual interest.

But she was far too engrossed in the business of eating this grease mound to pay much notice to my overt abhorrence. How did so many people like this manage to thrive in America? I thought it was supposed to be the land of survival of the fittest. This blob, on the other hand, made Rebel Wilson seem fit. As she finished making love to her sandwich (which she had gulped down in about three bites), she proceeded with an even more odious act: applying powder makeup to her shiny, nondescript face. This was something I had once believed couldn’t possibly take more than a minute, as I had seen my more human-looking ex-girlfriends do it in the past. But this giant splotch was doing it in the sort of grandiose manner that might have been deemed performance art in someplace lowbrow like Brooklyn. She moved the pancake-shaped sponge vigorously across all aspects of her face, totally unconcerned with how much she was pushing me toward retching. Only an American would think it wise to put on loads of makeup over her hopelessly dowdy complexion, never considering that it was only going to cause her more breakouts. I know, I’m a skincare salesman.

The ticket taker finally came round to my car to check that we had paid the 14-pound fee required to get the bloody hell out of London. He approached the funhouse American first. “‘Ave you got your ticket ma’am?”

In the most Scouse accent imaginable, the would-be American fumbled dumbly in her bag for her ticket and replied, “Ar ‘ey, I ate it wit me butty!” I don’t know what was more repugnant to me, the fact that she admitted to eating the ticket with her sandwich, that she was one of my own race or that I had so egregiously stereotyped–or worse, that the stereotype hadn’t been true. How was I to neatly categorize Americans now when there apparently existed equally as offensive British people just like them running around my country, eating and applying makeup like boors?