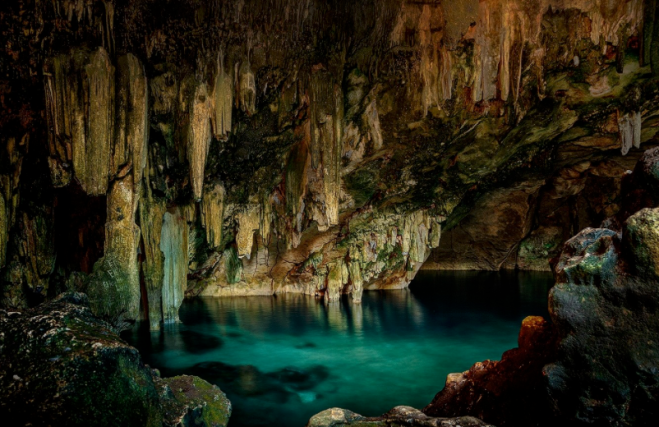 She’s out there somewhere. Some version of herself still living the same life, still repeating the same mistakes and falling into the trap. She tapped into it yesterday. Her sister, Eve, “unwittingly” malevolent as she could be, decided to casually send her a link to a video memory from so many years ago, when Eric had been anointed into the fold of their highly particular family. Usually standoffish, they took a shine to Eric–as though their hearts were powerless in the face of his charm. That was the primary gift of the Narcissistic Personality Disorder. Offering charm in spades until it no longer served them to be charming. But for the moment, at that time, it was still useful to him. She was still useful to him.

And so was her family, whose good graces he wormed his way into so that he might soon join them on a trip to Italy, where due to familial relations of Penelope’s, he would have a free place to stay, paired with authentic Italians to show him a side of Napoli that the tourists never get to see. Eric wanted such an opportunity. It seemed he was studying all types of cultures and people solely for the benefit of sponging up grandmaster methods on how to manipulate internationally. Penelope couldn’t see it. She thought he was still in it for–she tried not to vomit as she thought back to this naive iteration of herself–love. That a step as big as Eric flying with her to meet extended family members signaled the proverbial next phase of their relationship. Solidified it as something real and true and ironclad. That he would, after so much time and effort invested, not–could not–possibly think of dropping her like a hot potato soon after this journey.

In order to survive afterward, to engage in the essential human knack for self-preservation, Penelope blocked everything from her memories of that trip, which lasted roughly ten days, and consisted of many outings to the usual Campania “hits”: Sorrento, Positano, Caserta. They saw so much, yet Penelope seemed to learn so little–in terms of apprehending that, already in the middle of this trip, he was detaching. To him, it was more like a parting gift to her that he should go to these lengths to delve deeply into her origins. As though discovering the final puzzle piece about her was all he needed to complete his experiment. To prove to himself that he could penetrate even the most impenetrable of women with his knack for warlock-esque beguilement. She supposed after the shock of it all, she couldn’t believe that all that time, she had been sleeping next to a monster. Happily so.

As he proceeded to glamor her family, that established rapport led up to the video in question, which was taken on Giorno di Santo Stefano, the day after Christmas. She had no idea why her sister would post it back then, as Eve wasn’t in the video. But then again, Eve had a tendency to glom onto experiences that were not her own as thought to feel “with it” or part of it. It was her obsessive and sick need to perceive herself as relevant to all situations that actually had nothing to do with her. In this case, it had only to do with Penelope and Eric, who were the focal point of the video as they danced and laughed to a tarantella song while other family members surrounded them. Together, they all formed a dancing circle, and it was something almost out of a Fellini movie. Or maybe a Vittorio De Sica one. Either way, he had been embraced. And it was as though, in knowing that, he could now let go of Penelope. Like a vampire having absorbed some final dram of blood, he had gotten all of his youth back, and was now ready to move on to a different source. So that, when the time came, he could drink again from a fresher wellspring. He was disgusting and she wanted to wring his neck just thinking about it.

At least, that’s how she used to feel. Until she made the necessary decision to suppress any and all memory of him, particularly that trip. After all, not everyone has the luxury of being able to afford top-notch therapy. Though Eric probably could (ironically, it’s the people that need and can pay for a shrink the most that never seem to get one). It was an effective system, even if it meant basically cutting off a piece of herself. Dispensing with a version that she blamed for being duped so spectacularly. Who was that stupid little girl who foolishly believed in whirlwind romance and love that lasts forever? She didn’t know her. Didn’t ever want to see her or reconnect with her again. For Eve to force her back through that portal without even a trigger warning as she messaged, “OMG look what just came up on my feed as a memory!” was cruel beyond belief. Yet Penelope, knowing full-well the extent of Eve’s nature, had an inkling that whatever she had sent would somehow pertain to this vampire. She waited a bit to click on it, but the temptation was too great. She had to know in what way Eve would stoop to torture her.

Looking at this image–this video of herself–delightedly dancing with a man she now despised, couldn’t imagine ever being in the same room with again, Penelope had to wonder how she could have been that girl. She seemed so foreign to her. So foolish and naive. She did not identify in any way whatsoever with the person on the screen before her. What a dumb bitch, she thought. And she almost wanted to scream out loud to that girl–that person she had to tell herself was not actually her–“You’re a dumb bitch! Look what you turned us into by not seeing it all so clearly from the beginning!” It wouldn’t have mattered. There was nothing her real, current self could have said to the old one to change her mind about Eric. Apparently, she had to go through it to understand the depth of the bamboozlement.

When they returned to the U.S. after that viaggio, Eric’s detachment began to manifest unignorably. Even so, Penelope held fast to her treasured memories of the excursion–one of them being a solo day trip they took together to Grotta dello Smeraldo in Conca dei Marini. Taking a boat toward the emerald-glowing grotto, she felt truly as though they would never separate after a trip like this. She should have known that seeing an underwater nativity–it was Christmastime, after all–signaled no portent, but perhaps the grotto’s example of bradyseism did. The emptying of a magma chamber that was their love and the hydrothermal cooling of the basalt that was once Eric’s ardor. Magma, fittingly, is just the ashes of something, in the end.

Their relationship turned out to be as much of a winding quagmire as the narrow road that led cars down the path of the Amalfi Coast. She could see that from her overhead vantage point now, viewing all the twists and turns that had led up to this moment. A moment her sister saw fit to pull her back into the deep recesses–like the grotto itself–of a place she did not want to go (there was a reason she would probably never return to the Amalfi).

Her contempt was fresh, and now redirected at Eve as she wrote back, “I’ve told you repeatedly I do not want to know or remember anything about this person. I knew you were gonna pull this when I saw the link.” Eve’s own reply was immediate, finding a way to believe somehow that she was the one currently being affronted. “I’m not ‘pulling’ anything, just thought you’d want to see the memory.” The way she had put “pulling” in quotes suggested Eve’s infamous temper was about to flare up despite the fact that Penelope was the person being emotionally assaulted. Penelope wasn’t going to get an apology, nor a guarantee from Eve that she would cease her little games about sending her these types of “remembrances of things past.” It was in that instant she decided to block Eve from all communication sources. Block a leak and you can block the whole unwanted dam of recollections, therefore the emotions tied to them.

Maybe one day she would look upon the version of herself who wasted her time with such an undercuttingly toxic sister as being just as obtuse as the version who believed Eric would never arbitrarily decide to break up with her after such a performance for her family both immediate and extended.