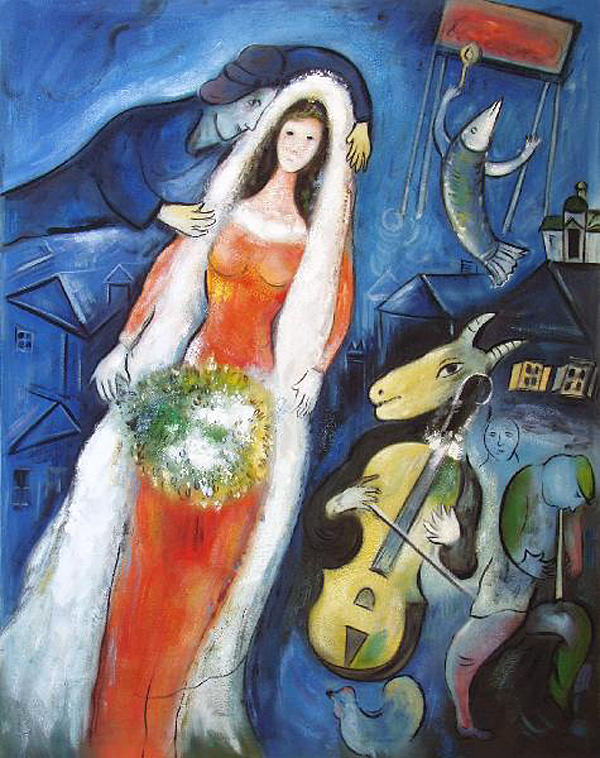 “My parents are still together.” This statement usually draws out disgusted looks at parties and in bars. No one wants to hear such sentimental bullshit. You might as well tell people you still believe in the Easter bunny or getting a tax return when you reveal such embarrassing information about yourself. I don’t think I realized how prevalent the divorce norm was until recent years. And it wasn’t just moving to “the big city” that made me notice it. Even in suburbia, divorce seems like the natural thing to do. That, and plastic surgery so as to transcend into a milf. I guess I didn’t really start to see what an anomaly my upbringing was until I began dating my first “adult” boyfriend. We didn’t cover the family background portion of our conversation until a few weeks in. He was appropriately appalled by the revelation that my parents had not divorced or even separated.

His shock over this left me somewhat blind-sided. Was it really so atypical that I should have an intact family unit? I suddenly felt hopelessly uncool and out of touch with what was socially acceptable. I found myself inventing stories about how often my parents fought when I was an adolescent in order to compensate for my shame. I ultimately phased out talk of my parents in favor of simply listening to this man—his name was Derek, of all things—tell me about his own familial issues. But it made me wonder if there was something fundamentally wrong with my mother and father for staying together for over thirty years. Most specifically, I began to question if my father hadn’t cheated on my mother at some point during the course of their thirty-seven year marriage. What else would account for their inexplicable fidelity after all this time? As Derek yammered on about his alcoholic mother and bipolar father, I started to feel like I should do a bit of personal investigating to figure out whether or not adultery was ever at play between either of my parents (though I couldn’t really see past my sexism to believe that my mother would ever feel inclined to do such a thing).

The first person I called to tell of my somewhat ill-conceived plan was my sister. She was correctly unmoved by my ardent pursuit to catch my father in the lie of not truly loving my mother. She was fine either way. I had seen less of her ever since she had moved to Italy to hang out (it is, after all, the hang out capital of the world) and it made me wonder why we had both decided to move to parts of the globe that were so far away from our parents in California. Maybe our upbringing wasn’t as picturesque as I had remembered. Was I blocking out some kind of trauma that was going to be re-triggered at any moment? Probably not, but I was searching for any sort of reason to explain away my neurotic persona in spite of not having a broken home.

I hired a private detective using the nominal funds I had in order to get some sort of lead on any of my father’s potential paramours. Mind you, he was a bartender for a large portion of his working life, giving him ample opportunity and temptation. The P.I. was a stereotype of the smarmy, incompetent sort you often see in movies from the 1930s and 40s (barring Humphrey Bogart, of course). He turned up no information, but consoled me with a dollar PBR at a nearby watering hole in Chinatown in order to make up for his inefficacy. I was back at square one: Being a normal weirdo with two parents still married and in love. My father was a saint, an incongruity in a world of men who scoff at monogamy.

Meanwhile, Derek had recently broken up with me because he felt I was “projecting” too much pressure on him. I assumed that was code for him being tired of having sex with the same person and me being a generally needy and possibly overly affectionate person. It got me thinking that maybe the kids with the parents who stay together are really the ones who end up more fucked up. Our view of romance and love might just be too impossible for anyone of our generation to live up to.

Instead of going on a slut binge, as some women like to do after a break-up, I decided to leave New York briefly and return to California to stay with my parents. It was a sick thing to do. A part of me thought that if I could see what exactly they were doing to make it work, maybe I could apply it to my next relationship. When I arrived back home, however, I was stunned to find that the dynamic of their marriage had vastly changed. My father was now living in San Francisco six days a week for a job he had taken. This left my mother alone in San Jose for the majority of the time. Although she had a job of her own to keep her busy as well, I could tell that she was hurt by the essential loss of her husband. I, too, felt a pang of betrayal for my dad shattering the illusion I had held for so long: The illusion that my parents’ marriage was infallible. Not only was I disappointed, but also left to feel like an utter fool for believing that any two people could sustain perfection in love.

After about a month, I returned to New York, and not with nearly as much of a sense of renewal as I was hoping to have upon resurfacing. I threw myself blindly into dating again, but my heart wasn’t really in it. It was simply obligatory, maybe even a subconscious fear of dying alone. I was experiencing something of a Goldie Locks complex, only I was the bowl of porridge that wasn’t quite right for anyone. I was too odd and awkward for the Midtown executive types and not odd and awkward enough for the Brooklyn hipster types. One day, I called my father to express my disconsolation over the current state of my love life. He allayed my worries and said, “Being alone isn’t the worst thing.” In spite of hearing this aphorism many times in the past, I had never heard it come from him. It made me think twice about all the stress I was putting on myself to fulfill some romantic fantasy so rare that it typically only appears in Audrey Hepburn movies.

I stopped trying so much to make a relationship happen. My father’s words were simultaneously harsh and kind. Even though he knew how much I wanted to live within the conventional parameters of monogamy, he also knew that it was turning into a delusion that was going to swallow me whole if I let it. So now, I just exist as myself, not so concerned with finding someone. Though this laissez-faire attitude toward love does make me seem slightly more bizarre when people learn that my parents are still married.