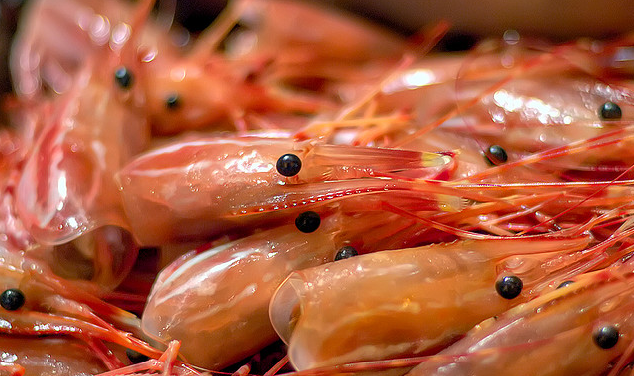 No one warns you when you leave America that the heads of shrimp don’t come simply decapitated. You have to rip them off yourself. You have to touch your food, become intimate with it in a sexually murderous way. Sex and death–two life-changing entities often compared to one another.

When I sat at the table at a restaurant called Sotto Il Mare, right on the Bay of Naples, I had this notion of how fantastic it would be to order a pasta with shrimp freshly plucked from the sea no more than two hours ago. It would be yet another testament to how subpar the quality of food was in the U.S. I naively ordered the dish as my cousin, Franco, a gruff type in his late 30s, watched me make the grave error, perhaps wanting to relish the amusement of watching my reaction when the plate arrived.

As we drank red wine (it all tasted the same to me, though everyone in Italy seemed to be able to distinguish good from bad and best from acceptable), Franco told me the story of a commercial fishing ship that had capsized mere kilometers from the Port of Naples, leaking out tons of dead catches, from octopus and salmon to crabs and eels. The lifeless beings floated to the surface of the water about three minutes after sinking briefly with the boat.

He concluded recounting this to me just as the pasta arrived. His order, too, proved foul, as it was an entire branzino fish with its mouth agape and that bloodless look it gives you with its lone eye regardless of whether or not it’s still moving. But at least the branzino only had a single eye to glare at Franco with. My many shrimp came with two eyes and countless expressions of judgment and indignation.

Franco detected the overt displeasure permeating my aura and demanded, “What’s the problem? Start eating before it gets cold.”

I wanted to throw my plate aside and run to the nearest airport so that I might get back to an American city where all seafood was neatly cleaned with no traces of the original live being to be found. But the ultimate insult to anyone, especially a Neapolitan, is to waste food and/or turn one’s nose up at it. So I proceeded with the task of beheading. Each time I tore one off, it made the sound of a piece of paper crinkling or a back cracking. There was nowhere to put the severed heads other than on my plate, allowing them to continue their angered appraisal of my behavior as I tried in vain to eat the pasta with any sort of enjoyment.

By the third bite of shrimp, their faces were causing me to experience the taste and texture in an entirely new manner that incited me to begin coughing in that precursor way to vomiting. Franco slapped my back concernedly, by now more than three-fourths of the way done with his branzino.

“Everything okay? Is there something wrong with your food?”

“No, no,” I insisted, taking a desperate sip of the wine left in my glass. To appease him, I consumed some more of the shrimp pasta without chewing it. But, just as with dick sucking, swallowing did not prove to yield the best results for me as I soon began choking violently on one of the legs that still remained on the shrimp (yes, the legs stay on as well when being served in a Southern Italian city). As Franco tried to give me the Heimlich Maneuver, I couldn’t help but think that this was the shrimps’ final vengeance not just on me, but on every Italian soul that had dared to serve them in their full-bodied state. One of my last thoughts before slipping toward the other side was that maybe it was precisely because the shrimps were also Italian that they clung with such gusto to life, bearing the same countenances as a betrayed Campanian housewife when her husband comes home with the wrong type of meat. And I knew for a fact that the shrimp in Maine would never pull this shit.