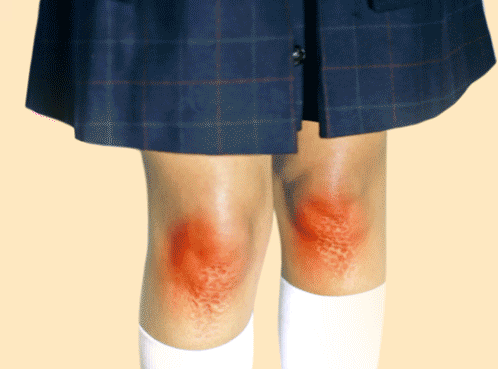 Shirley Steiss had moved to New York City six days ago. Like everyone else, the second she arrived, it didn’t matter where she came from anymore. Her name, somewhat overtly anachronistic, stemmed from being christened in honor of her great grandmother. Shirley Sr. made her living off of moonshining in Tennessee during the time of Prohibition. This piece of Shirley’s familial past flowed through her genes, perhaps contributing to her love of alcohol. It was a love that soon turned to hate when New York walked into her life, with all its widely available beer/shot specials being just about the only thing a girl could afford in that town.

At first, Shirley took it slow. Stumbling home here, accidentally giving a blow job in a bathroom there–real child’s play. But after almost a full week in the city that never sleeps, things were starting to turn macabre. She had been to about every bar on the Lower East Side and North Brooklyn already, hitting at least seven a day by starting early in the afternoon. Because she had (so she thought) prudently entered New York with a certain financial cushion, she felt no rush to find work while acclimating herself to all the city had to offer.

And what it had to offer, more than anything, she discovered, was people who wanted to drink. People who wanted you to feel as wretched and insignificant as they did. Someone to complain to, someone to talk shit with. It seemed to Shirley that none of the many acquaintances she had already made were even capable of staying in for an evening. For the most part, this was due not only to an inability to “sit still,” but also to inhabiting ramshackle apartments that they would rather not spend time in.

For all of New York’s gentrification and post-Bloomberg beautification, it remained a shit hole. Even someone as fresh off the boat as Shirley could see this. What she had yet to learn, however, was that its ugly aesthetic was no longer unique. Everything in New York could now be found everywhere else and vice versa. Nonetheless, she was probably too drunk for the most part to pick up on the city’s utter homogeneity.

Around night four of her barfly existence in the favored boroughs of Manhattan and Brooklyn, Shirley found herself riding home on someone’s bike. She couldn’t say how she had gotten on it or who it belonged to (for all she knew, she could have stolen it), but while teetering over the Williamsburg Bridge, she fell off of it and onto the ground just at the point where one can see Giando on the Water in the distance. She landed heavily on her left knee, the pavement ripping through her fishnet tights on contact, splitting her skin open with the appetitiveness of Casanova.

At that moment, a group of men happened to be walking by. They were young, somewhere in their late teens or barely early twenties. Shirley made the mistake of thinking they might help her to her feet, but instead they kicked her, gang banged her and left her for the next predator. She regained consciousness sometime around 5:30 a.m., dusting herself off and trying to ignore the pain of her bloodied and bruised knee. She hopped back on the bike and continued on her way, methodically erasing what had happened from her memory. This skill was, after all, fairly key to surviving emotionally in a place that only favored the “-less” people: heartless, talentless, soulless.

When night fell again, she resumed her pattern, meeting up with a few men she had exchanged contact information with on her first night. She preferred men, and not the way women do when they say they prefer men because they’re so well-adjusted but are actually just sluts in sheep’s clothing. She preferred them because they said little, and what they did say was never coded. This time, they started somewhere on Rivington and, around two o’ clock, Shirley was with an entirely fresh group of people in Alphabet City. Her perception of who these new friends were left her with a feeling of sadness. From what she gathered, they were all just barely working in an industry they were faintly passionate about, and drinking to forget. It was somewhat like The Last Days of Disco, but without the wit, cinematic appeal or comfort of being in the 80s.

Shirley went in and out of her mind as she let someone have sex with her in the alley behind the bar at approximately 4:11 a.m. It was here that she ruined her other knee, and made the first one worse by letting her so-called suitor turn her around so that her entire frontal body was pressed against the cement. Tonight she had started out wearing stiletto Mary Janes with a double layer of tights (she really didn’t want her wound from the previous day to be detected), but had somehow lost the thicker of the pair at some point while going to the bathroom earlier. Thus, the sheerness of her only remaining protective layer did little to pad her knees from grinding against the asphalt as the man (or maybe even strap-on wearing woman) writhed behind her for what felt like eternity.

Waking up on the street was becoming commonplace to Shirley, possessing the same sort of sinister comfort as a dealer supplying a recovering junkie a dose of heroin. She looked down at her knees. Some of the blood was fresh, while some had turned to a caked-on brown hue. She got up and walked to the nearest bagel shop, sat down and thought about how, in addition to needing money for rent, she was soon going to need some for her inevitable foray into prosthetics.