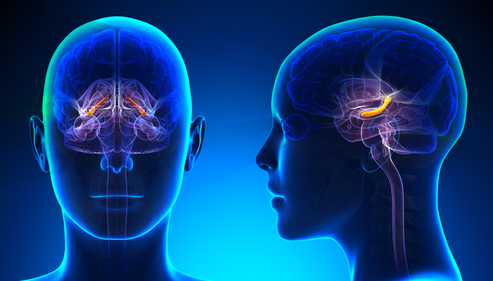 Insanity is transferable. It can slip through the cracks of another’s mind and into yours if you spend enough time with the person. Indeed, sometimes certain circumstances will force one into being with a certifiable case for far longer than recommended. In Blake Landon’s scenario, the terms for being subjected to the paranoid psychotic ways of Nicola Rammleiner, a girl in her late 20s who he encountered at a bar in Berlin and then convinced himself he was in love with her, stemmed from wanting her to meet him in his hometown of London to continue their romance.

She, in spite of being half German, possessed a romantic enough spirit to automatically accept his offer. When she first arrived that fine March morning during which winter is just about to become warm enough to seem “charming,” Blake remembered thinking how tired she looked upon picking her up at Heathrow. Maybe the illusory lighting of the bars they had spent time in together had tricked him into thinking she didn’t always have dark circles. In any case, he was still quite pleased to see her, and said as much as she got into the car.

“Nicola, what a wonderful thing to see you again,” he beamed.

She pecked him on the cheek and asked, “How long does it take to get to your apartment?”

He shrugged. About forty-five minutes. She sulked.

“I guess not. Does this mean you live in a shitty part of town?”

Blake was more than taken aback by the question. “No, not at all…the flat is in Shepherd’s Bush.”

“Relatively. I’m sure one could get something much more elegant in Berlin for the price I’m paying.”

Nicola pffed, emitting from her mouth the aroma of alcohol–specifically whiskey. Blake didn’t think much of it. After all, some people need to numb themselves with such things in order to fly in planes. Instead of dwelling on it, Blake changed the topic of conversation to Nicola’s alleged burgeoning career working as an assistant buyer for Primark. She prattled on about the difficulties of finding semi-quality products at low prices–which always meant resorting to polyester or rayon. Blake tuned out as they turned onto his street, Melrose Terrace.

Nicola had never bothered to ask Blake what he did for a living, but now that she saw his rather cush accommodations, she was a bit curious. Maybe she ought to take more of an interest. “What did you say the name of the company you work for is?”

Nicola looked at him with new respect and intimidation. This could be either good or bad for her Primark standing. Upon entering the modernly furnished abode, Nicola cooed to herself with delight, indicating to Blake in no uncertain terms that she was the sort of woman who enjoyed luxury. This was more than a little repulsive to him, as he already had issues with women when it came to believing that they could possibly want anything out of a relationship other than money. Nonetheless, he continued to ignore her evermore apparent glaring flaws by offering, somewhat mistakenly, a drink from his bar.

“What’s your poison, as they say?”

“What? What have they told you?” she asked suspiciously.

“No one told me anything. It’s an expression darling.” He laughed off her question and poured them both a scotch on the rocks, as Nicola wasn’t exactly enlightening on the matter of her drink preference.

She clucked like a hen as she took the glass and sipped from it ardently. “Thank you.”

Suddenly, Blake couldn’t remember anything he had found charming about her at the bar on the corner off the Schlesisches Tor stop in Kreuzberg. It must have been her breast size, but surely there should have been more substance to it than that? Maybe she had mentioned her favorite book and it was by an English author or some such other intellectual frivolity. But now that he couldn’t place what it was about her that he had originally found so enchanting, he was dreading her six-day stay at his flat. And this was even before he became aware that she was a paranoid schizophrenic.

That night, Nicola expressed interest in attending a movie at Vue Cinemas, a rom-com that Blake never thought he would have occasion to see. But somehow he knew it best not to start an argument over something so inane. Instead, he made the faux pas of setting the precedent for kowtowing to her every whim. She took great liberties with this concession, setting it as the bar for what she could get away with when it came to getting what she wanted from Blake, which, ultimately, turned out to be his mind.

After the movie (the plot, naturally, ended up with the couple coming back together once overcoming some minuscule obstacle), Nicola further tested the waters by demanding that they take a trip to Paris tomorrow. When Blake stated that the amount of time she was going to be in London didn’t really balance out with venturing on such a lofty journey, she began to sob, noting how it had always been her dream to see Paris, which seemed so far to her in Berlin even though it was so close. Not wanting to aggravate her temper, Blake offered to “look into the possibility.”

When he was asleep that night, he awoke to the sound of her clacking away on her computer while listening to Juliette Greco and looking up train schedules to Paris.

“What are you bloody doing?” Blake asked with unmasked irritation.

“I have to go to Paris. They’re waiting for me there,” she insisted.

“They’re all working for me,” She looked over at him with eyes that weren’t exactly glassy, but indicated a sort of flickering in and out of consciousness.

“O…kay.” Blake was afraid to press the issue further. Rather than request details, he simply inquired, “Do you think you could go in the other room while you do that?”

“I want to be close to you,” she asserted and turned back to her screen.

This was the beginning of Blake’s sleep deprivation while with her, and therefore the first step toward his own gradual descent to her level of impatience and logic, propelled by this malady of hers that was spreading to Blake as a result of the concentrated, uninterrupted time with her. When he tried to part from her side, she wouldn’t let it happen, maintaining that their time together was precious and should be spent inseparably. This, however, didn’t prevent her from making phone calls throughout the day and night to her father, brother and sister. Her mania as she spoke to them made it clear to her father, Bernard, that she needed to come home just as soon as he could switch her plane ticket.

Confused about what was going on, Blake asked if there was anything he should know. “She’s got a history of being institutionalized. We thought this trip might be a sign of progress for her,” Bernard returned.

Blake looked from Nicola to the wall and bowed his head in acceptance. He knew that Nicola wasn’t going to leave. She would sooner go to Paris than return to Berlin where mental health care professionals were waiting. Plus, she was growing attached to Blake, or rather, attached to toying with him. Knowing all of this–that it was futile to fight against–Blake assured, “Don’t worry Mr. Rammleiner, I’ll make sure Nicola is all right. She can leave when scheduled.”

Nicola grinned at him as he said this, the grin of a deviant who knows precisely what her next target is. Upon concluding his conversation with Mr. Rammleiner, Blake inquired of Nicola, “Do you feel okay right now?”

Nicola left it at that. She didn’t point in any direction to indicate another presence or volunteer further information. It was only later that Blake realized she was probably referring to him.

Blake caught about twenty minutes of sleep that night, between Nicola listening to music, watching TV and making phone calls, he felt as though he was experiencing the same torture methods given to the prisoners at Guantánamo Bay. By night three, he was growing delirious and it was affecting his work performance. For example, rather than okaying the order for 20,000 units of Justin Bieber cologne, he okayed it for 200,000. When he confronted Nicola about her behavior, she acted clueless, noting that it was his responsibility to figure out how to fall asleep when sharing the bed with a woman.

He learned too late that the adage about reasoning with a crazy person is utterly crazy in and of itself. Fueled by espresso shots and placating blow jobs from Nicola, he was soon doing whatever she wanted–including that trip to Paris. While walking down the Quai de Bercy on her fifth day, Nicola suggested to Blake that it might be “cleansing” to take a dip in the Seine. Barely thinking twice, Blake agreed and proceeded to take off his shoes and jacket. Nicola feigned similar actions, letting Blake jump in ahead of her, all the while taking note of a policeman ambling by–on the prowl for someone to harangue. He found that person in Blake, who Nicola started wildly gesticulating toward as though to say, “Look, he’s doing something wrong!”

At the sight of the long arm of the law, Blake swam to the other side of the river and climbed up the wall. It was then he knew for certain–truly certain–that Nicola was psychotic. Or was he for listening to her? He didn’t examine this further as he ran to the nearest trash bin and started eating out of it. He was quite famished, after all.