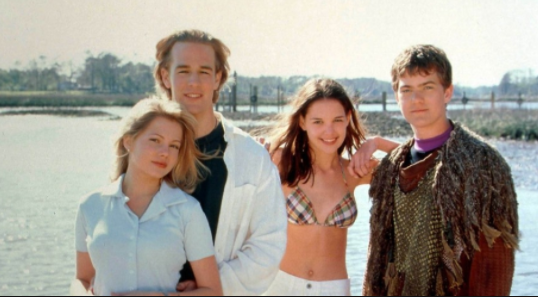 To be culturally aware is a curse. It limits one to being stuck within a very specific frame of time and mind. Shrivel-faced, dark circled Marianna Filetto learned this in perhaps the most belittling way possible, while among a group of non-peers at a social gathering that could be deemed a dinner party in the current epoch, but in the decade in which Marianna came of age (her twenties)–during the height of post-Kids Chloe Sevigny fever in New York–it would have been called, quite aptly, a room full of people. Marianna being the proverbial odd man out (a role that all must play in his or her life, though some get subjected to it more often than others), found it her duty to provide the lacking entertainment amid a room rife with melbas. Marianna realized that it wasn’t that those born “after her time” were worse than she, merely that they had been reared during a moment in society when it suddenly became normal to encourage mousiness and passivity. In short Marianna had become the odd man out rather regularly since turning the Paris Hilton age of thirty-six (and this in and of itself is the first instance of Marianna’s “dated” reference tendencies).

But let us take pause to go back to the instant that led Marianna to this caucus of jeunesse. Like any lifelong ragamuffin of the New York area, Marianna encountered Gabriel, “around town.” They ran in the same circles, if you will–Gabriel being a stand-up comedian and she a natural lover of the open mic night for the sole purpose of a weekly emotional purging–transferring her demons to other people instead of having to keep them all for herself.

In any event, the first night Marianna saw Gabriel, ten years her junior, performing his routine at a dingy, yet charming to many bar called Footlight, she knew they would be friends. He was awkward to the point of non-functionality, and Marianna, herself hyperactive, found a certain attraction of opposites between them. It wasn’t sexual, obviously. Gabriel had the sort of farmboy look that mainly appeals to European women. In fact, it was that very night at Footlight that Gabriel confessed his plans to make it big as a comedian in New York before allowing himself the privilege to retire to London, a city that’s almost as antithetical to retirement as New York.

Marianna didn’t think about it at the time, but in retrospect, she supposed the first night she encountered Gabriel, he had already found it natural to vaguely insult the age difference between them upon questioning the presence of the Buffy the Vampire Slayer movie being projected onto the screen at the front of the bar, balking, “What is this?” like the novice he was. But, thanks to time, will not be fortunate enough to remain. Marianna, who had, by now, gotten him to come out of his shell after he nervously inquired of her stream of consciousness performance, “Is that true that you don’t take your top off during sex?” After Marianna confirmed, she bought him a drink. Mae West would have approved. However, when she explained to Gabriel that, yes, indeed, the precursor to the Buffy series was the film, he laughed and said, “How would I know that? I don’t even think I was alive then.”

It was only in recent months that Marianna had become more sensitive to comments such as these, as it seemed as though the people she found herself surrounded with knew less and less about what she was ever referring to on the pop culture front. She couldn’t be sure if it was because she was the sort of “youth sucker” that needed to hang around those of a “riper” age or merely that New York was such a revolving door of existence that it was the type of town that could really only allure those thirty and under. Whatever the case–however she came to find herself the “matron” in every situation–it was at this gathering of five people that the ageism reached its fever pitch. For apparently it is some sort of Scarlet A to be cognizant of anything that happened in media over five years ago. But Marianna was so cocksure that everyone knew the same things she did, must be in possession of the same shared experiences that consisted of having the WB network playing at all hours of the evening and all the while praying that Dawson would ditch Jen for Joey or that Max Evans would see that Liz Parker was only faking that sex scene with Kyle to protect him from the future. Her unwitting belief that the WB was doctrine to all was a delusional misconception deep-seated within her self-involvement.

So when Marianna reached that point in her wine consumption where making effortless allusions to what everyone else in the apartment would deem obscure storylines in short-lived programming like Popular, Gabriel finally had to tell her bluntly, “Marianna, no one has any idea what the fuck you’re talking about.” Marianna glared back at him, wanting to say, “Oh, but you will” in retaliation, except it wouldn’t have made any sense in this case. In lieu of making a comeback that would have fallen flat amid a crowd that seemed to apprehend none of the same things she did, she opted to titter nervously like Felicity would have in front of Ben when she still saw him as the end all, be all at the beginning of season one.

Biding enough time to leave the “party” sooner rather than later, Marianna waited roughly twenty more minutes before saying she had an “event” to get to that had completely slipped her mind. Outside, in the cold of winter, Marianna also felt the cold blow of irrelevancy. And it dawned on her that people really love to lord their youth over you like the ultimate tool of power, as if to say, You know nothing of what’s actually going on in the world, you’re out of touch old girl, we of the supple skinned set are out here in the trenches truly living. We don’t need your esoteric references that make everyone irritated rather than delighted over your ability to incorporate Kevin Williamson plotlines into a metaphor for something else.

Someday, though, they would finally know what she was talking about, to paraphrase Lester from American Beauty.