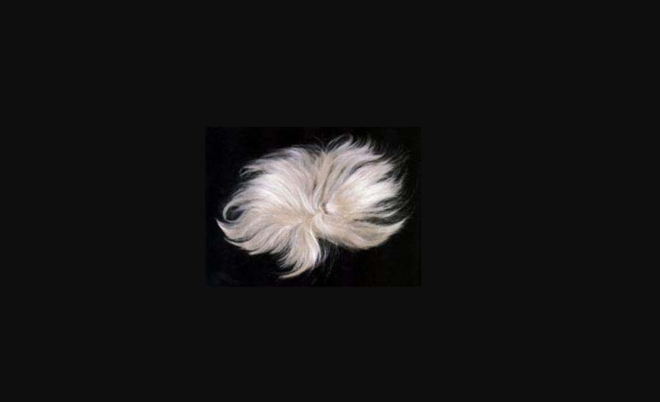 She dreamed Andy Warhol was her boyfriend. He, of course, wouldn’t pay any attention to her, nor would he have sex with her. She took it as symbolism for the sort of men she generally attracted. Her effusiveness, so apparent, so readily comparable to that of Elmyra from Tiny Toons (a show maybe Andy would’ve liked had he survived to see its initial air date on September 14, 1990). Was it so wrong to love intensely and want the same love in return? Celestine didn’t used to think so, until she came to find just how off-putting it was to everyone she tried to make a staple of her life.

The latest in her endless stream of ignorers posing as companions was Julian Delafrine, a 34-year-old, who even to this day still had no clear ethnic origins to her. He might have been standardly Caucasian, or maybe European, or maybe even Mexican. He never seemed to want to talk about his background as it meant mentioning his family, an entity he staunchly hated. This she thought would work to her advantage, give her the clout and position of being the only one in his life he could turn to as a source of comfort. Not so. As she soon found out after just three months of dating, Julian had been using her as a means to make the true object of his desire–his ex-girlfriend–jealous. The anticipated effect worked, and Celestine caught them kissing ever so cinematically on the corner near their apartment, or rather, the apartment she had permitted him to stay in without bothering to suggest he might pay his share. So yes, maybe she should have seen that he was getting a lot more out of this “relationship” than she was, than initially met her apparently blind eye. She’d been played for a fool again, always emulating Giulietta Masina’s role as Cabiria in Notti di Cabiria. Except at least Cabiria got the more convincing illusion that Oscar cared about her, loved her in that mad, devoted fashion women expect but so rarely ever manage to finagle–at least not in the forever way promised in fairy tales and Nora Ephron screenplays.

After Julian, she took a break from her search for awhile, the nightmares intensifying–the ones of no one being able to identify her body upon being found dead in her apartment after several weeks and only as a result of the corresponding odor. The coroner asked multiple neighbors, but not one of them could seem to remember her or place who she was, though she had lived there for almost twenty years in the nightmare. It was upon dipping her toe once more into the dating pool and unearthing Alonso in the shallow waters about a year later that she thought, “Yes, this time, it will be different. This is the one. He could never–would never–be capable of hurting me, of discarding me so effortlessly and with such malice as the others.”

Alonso was affluent enough on his own, would have no cause to use Celestine the way Julian had. He was older than her, too: thirty-six to her thirty-one. Surely, this meant his maturity was where it ought to be. It wasn’t until she saw him in the context of being amid his male friends at a routine screening of the Super Bowl that she suddenly learned otherwise. Was made prey to an entirely different personality of Alonso’s, the boisterous kind that laughed at fart jokes and ogled scantily clad women in beer commercials. It’s strange to think that a person is so many fragments, can never really be the one being you believe to be “the real version” of himself. For we’re only as real as who we are in the moment. And in this moment, Alonso truly was a grotesque caricature of the meathead male. When she mentioned something about it to him when they got back to his apartment, where she had been spending most of her time of late, he gave her a swift and unwarranted backhand. This was who he was, the persona he hadn’t let shine through until now, when it was finally comfortable to do so and time among “his own kind” had given him the confidence to express who he really was.

She walked out right then and there. Slap me once, shame on you. Slap me twice, shame on me. So Julian wasn’t the one. Alonso wasn’t the one. None of the sexually withholding men before them had been the ones. What was she to do? Continue to sit around and wait for “fate” to intervene? Too much of a pragmatist for that, Celestine made the decision to join a dating app, though she had long felt she was too much of a classicist and a purist to add her profile to the already seemingly endless binary coded sea of faces. Not that the face was what mattered to men on these apps. She wasn’t so out of touch that she didn’t know better than to include at least one photo of herself half-nude. Worked like a charm, too–nine responses within the first five minutes of joining.

The first few weeks of going on these “dates,” which were really merely power “getting to know you” sessions masquerading as the man’s attempt at “really caring” and “just wanting to take his time to get to know you,” were novel enough. All leading, ultimately, to a one-off bang in his boudoir, after which Celestine would never hear from him again. Was she too generous or not generous enough when it came to sex? If the former, men could start to feel that cloyingness they so hated. If the latter, then well, they could easily find their next orgasm fix elsewhere. There truly was plenty of fish (the euphemism here being obvious) in the sea.

So it was that around the umpteenth date her nightmares began to resurface, this one about Andy Warhol as her aloof boyfriend being the most frequently recurring scenario of late.

She reinterpreted the dream from her original stance on the patchy narrative delivered through the lens of her subconscious. It wasn’t just about the type of men she attracted for a blip not treating her as she ought to be (it’s like in that true Alfonso Cuarón masterpiece, A Little Princess, in which Sara Crewe declares, “All little girls should be treated like princesses”–and no, she wasn’t a little girl anymore, but still…). It was about her own need to mirror the icy, unaffected demeanor of Andy Warhol. And her first step was going to the hair salon to dye her hair pure white, emerging from it as new and invigorated as Britney Spears after shaving her head. Another addition to the pop culture canon, Celestine felt, it was tragic Andy didn’t get to bear witness to.