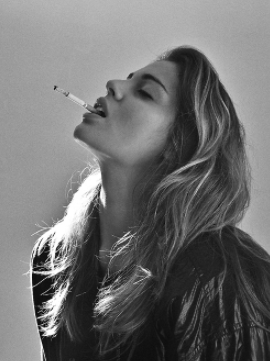 Dolores Fuentes had always hated French women. And it wasn’t because she was born in Mexico City, a place that abhorred the chichi nature of Frenchness, but rather due to the fact that she had never met a one who didn’t bear the pompous aura of a curly powdered wig. Worse yet, they had the insane ability to allure any man, regardless of his usual physical preference or “type.”

And yet, she never thought one would be able to so overtly turn the head of her longtime boyfriend, Manuelo, who had only recently moved to New York to join her in the pursuit of that impossible dream: being an artist. As he was new to the city, Dolores felt excitement about showing him all the key places in her Chinatown neighborhood, chiefly 169 Bar. It continued to hold its stature as one of the last “true originals” in NYC, with the closing of nearby almost thirty-year-old Winnie’s on Bayard Street making it even more of a force to be reckoned with.

And so it was thus that Dolores brought Manuelo there–the place once known as the Bloody Bucket when it first opened in 1916. Taking in the tacky-chic decor of the establishment, Manuelo’s lips curled into a smile as he looked over tenderly at Dolores. “You take me to all the nicest places,” he said with half-genuineness, half-sarcasm.

She shrugged as she sat down at the bar. “I know. You don’t deserve me.”

And just as Manuelo was about to lean in to kiss her cheek, his eye was caught by her. The her in question being Josephine, a wispy blonde girl in her mid-twenties that he had gone to school with while he was studying abroad in Paris. They shared the same film class and the same pretentious love of Jean-Luc Godard movies. Dolores, who had been bracing for Manuelo’s impending affection, was jarred by the lack of his touch. Seeing what distracted him from carrying out his planned delivery of mild passion, Dolores felt the unwanted yet undeniable pangs of jealousy that plague most women hoping to lay claim to someone.

Manuelo turned to Dolores and explained, “It’s Josephine. Remember me telling you about her? Let’s go say hello.”

Remember? Of course Dolores remembered. She felt distrust for their relationship from the moment Manuelo first mentioned her name on the phone roughly two years ago. But she quelled the pinpricks of her intuition about the situation by telling herself that male and female friendships are perfectly normal–perfectly “European.” But she knew full well that she was too cliche of a Catholic Mexican woman–fiery and possessive–to believe what she insisted upon in her mind. Denial is for David Irving, not for fiercely in love women.

Upon sitting down at a table in the back corner with Josephine, who was somehow permitted the luxury of being able to smoke a cigarette inside because she was French and therefore “sexy,” it was immediately evident that she had no desire to feign interest in Dolores when it was clearly Manuelo she wanted to seduce. All she offered when Manuelo said, “This is my girlfriend, Dolores,” was a glib “Bonsoir.”

Bon fucking soir indeed, Dolores thought. It’s all well and bon until some French bitch gets within a kilometer radius of the love of your life. From the second after she offered her half-hearted salutation, Josephine proceeded to “politely” ignore Dolores as she delved into “old times” with Manuelo, content to be transfixed with the smoke billowing from her blow job-lipped mouth.

As an hour passed, Dolores watched the absurd and increasingly free-flowing displays of affection between both of them take place without even the faintest hint of remorse. Resultantly, she grew progressively drunker, turning to her glass as a companion to get through this horrendous showcase of disrespect.

The more they touched each other and giggled about old times and how Josephine had ended up here for an “acting gig” without including her, the more inebriated she became. Manuelo was starting to regard her with a bit of shame as she began slurring her sentences, taking her aside at one point to insist, “I think you’ve had enough.”

Naturally, this prompted her to buy another shot of tequila. No one was going to tell her when she’d had enough except her liver. But it seemed to be doing just that as her blurred vision kicked in to make it appear as though Manuelo and Josephine were even closer together than they might have been if she wasn’t seeing double.

She was irrelevant as a woman for not being French, for not pronouncing things with an annoying as fuck lilt, and she accepted this as she walked out of 169 Bar without saying goodbye to either of those assholes, careening aimlessly across the Williamsburg Bridge in a haze of inadequacy and discontentment that led her to stand there and stare out at the East River in search of an answer that wouldn’t come to the question: will there ever be such a thing as ethnicity reassignment surgery?