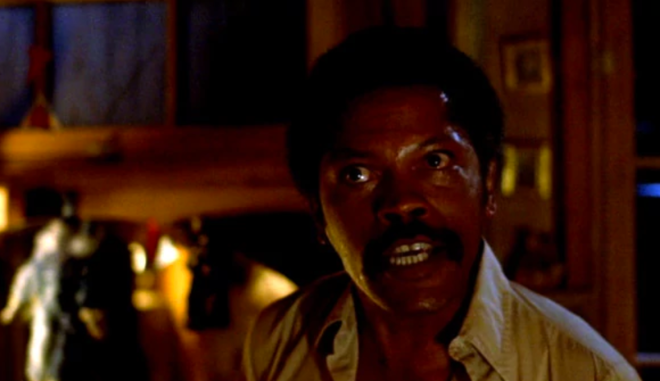 The first time I cleaned an apartment for money, I started sobbing throughout the process. It wasn’t like I was doing some weird sex act to fulfill another’s fetish or wasn’t being paid semi-adequately to do it, it’s that I thought I was better than this. But there I was, Mommy and Daddy’s little summa cum laude college graduate wiping away shit resin from the recesses of a toilet. What was all my knowledge and hard work for if it came down to this? Why did I bother trying anything aspirational only to end up in this yellow rubber glove-bedecked state?

And no, I didn’t think less of others who did it for a living. Was aware that the work was perfectly viable, noble even in its proverbial quiet desperation and the fact that it provided a necessary service to otherwise lazy people who could actually afford to pay someone to do their bidding. Didn’t they work hard enough (or at least pretend to) to earn the money for such a bourgeois luxury? Maybe if I had worked harder, I would be paying someone to clean for me instead of being the, for all intents and purposes, maid. But in the middle of re-spraying a paper towel with multipurpose surface cleaner so I could ensure no trace of dust was left on the moldings, I thought: fuck that, I did work hard. I still work hard. Where’s my fucking payday? I tossed the now used paper towel to the ground amid a pile of others. Looking at it, I realized, I was that paper towel: discarded, overly worn and with utterly no real place among my own kind. That paper, at least, had someone to pluck it out of obscurity in the form of me, putting it into a receptacle. I had no such disembodied hand to do the same for myself. The problem was, I still expected one to descend down from the heavens. Maybe that was, in part, why I was so disappointed all the time. I should have stopped allowing the dim flicker of hope that still semi-illuminated my outlook to persist. I got up from my position on my knees (whenever you’re on your knees, you are always, without fail, doing something that is self-denigrating–yes, praying counts). Trudging to the closet to get the broom and mop out of it, I tripped over myself and landed, somehow, on my right elbow–arguably the most important body part for cleaning. Particularly when you’re right-handed. I took it as a sign to allow myself another break, even though I had already indulged in about three of them in the span of an hour. Sitting on the semi-made bed, I ruminated on how I got here: a 34-year-old white cleaning lady. It just didn’t happen unless sexual fetishism was at play. Call me racist if you will, but it doesn’t mean there isn’t truth in racial stereotypes.

I guess it all started when, naturally, I was searching for non-committal jobs on Craig’s List. Something that I didn’t have to really give myself fully to. Something that still permitted me that elusive thing in New York: a loose schedule. So I clicked on the nondescript title in the services section after typing in “Brooklyn” at the top. “MAKE YOUR OWN HOURS–CLEAN FOR US”. I’d never been exactly renowned for my cleaning skills, in fact, I sort of prided myself on slovenliness in the face of being raised in a home that too often felt like living in a sterile hospital facility. In quote unquote adulthood, I took comfort in leaving a dirty dish in the sink. In allowing clothes to pile up on the floor. It gave me a sense of having total freedom, of being my own master. And so, the association I had with cleaning would only worsen once I got hired for a company called MightyMaids, which specialized primarily in cleaning Airbnb apartments for those landlords who made a side industry out of it. I began the job in the winter of 2015–not exactly a season that’s ideal for moving about various apartments in the vast expanse that is Brooklyn, freezing your tits off for a double digit amount of money that could take up anywhere from two to four hours of your time depending on how disgusting the person or people in question were, hygiene-wise–not to mention whether or not their ethnicity bequeathed their bodies with a higher ratio of hair. At first, I found it interesting, a sociological study of sorts, to essentially spy on these strangers using clues from their aftermath of room occupation. A left behind condom meant a young traveler probably stayed and managed to finagle a one-night stand, a refrigerator filled with remnants of artisanal cheeses meant a bougie couple had stayed, valuables left behind like jewelry or random pieces of clothing meant that a white girl who was slumming it had decided to see how the other half lived for once instead of staying in a hotel and didn’t care enough about her easily replaceable items not to rush out of that place and get back to diamond-encrusted mirrors and satin sheets. That these small little details could infer so much about a human being was initially enough of a perk for me to get through the monotony of it all.

But I think somewhere around the time my thirty-third birthday rolled around, I started to panic about what my profession actually was. I was a cleaning woman with, these days, the appearance to match. I was beginning to see myself as Lucy Ricardo when she wore that bizarre head wrap to clean her apartment. How could this have happened? How did I permit myself to slide so effortlessly into a pit I couldn’t get out of? All my other job experience before this had been primarily admin work as I quickly realized that an art criticism degree does not a career beguile. But the desk slavery ended up leading me to the “odd job” role. Odd jobs for odd people, after all. And now, here I was, slipping into the hole of irreversibility, that period in your life where the decisions you make can no longer simply be written off as bad judgment–mistakes you can still learn from.

In Purple Rain, the foremost complaint from The Kid’s physically abusive father, “Francis L.,” to his wife is that she doesn’t “keep this place clean!” I was starting to feel like that wife, my employer calling or texting almost three times a day to tell me how a client had complained of my inadequate job. I just didn’t care anymore, couldn’t find the strength in elbow grease or emotional caring to clean at the same “sparkle” level again. I wanted to get fired. I wanted it to end, to start all over again. In short, to very literally wipe clean all that had led me to this point in my life, this point where I, the overeducated snob, the girl who once refused to room with other people in college so as not to be affected by their essences, was bawling in apartments all over New York as the loud whirr of the vacuum drowned out the sound of my sadness.