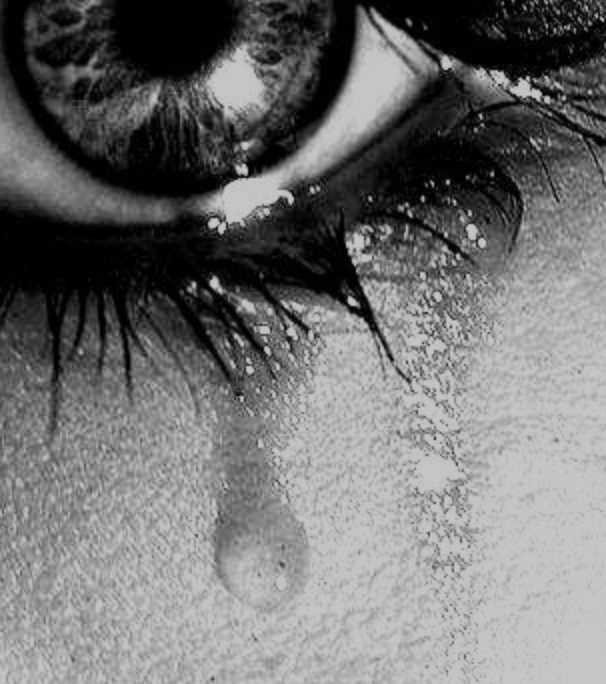 I am lured in once again to the inane task of helping you with something, knowing every time that it is going to be my undoing. And yet, out of that unspoken familial obligation that is intended to drive us all to do things we don’t want to do and to perform tasks we otherwise never would, I oblige. Because you are ill and you have no one. I don’t necessarily have anyone either, but I’ve become accustomed to the notion that to exist in this world is to gain acceptance over the fact that you’re on your own. No one is ever really there for you. Not without motive and certainly not forever. One day you could turn your back to find in an instant that the person you thought you could trust most in this life has vanished for no other reason other than whimsy. They just “felt like it.”

But the reason you suffer from so much hatred and contempt is because you cannot reconcile this. You perpetually hold it against people when they disappoint you, alienating them to the point where they really have no other choice but to evaporate from your orbit. What else can they do, when knowing full well that every move they make will somehow be wrong or unsatisfying in your eyes? I’m aware that the same is true for how you perceive me, that even though I’m going out of my way, flying on a motherfucking plane to get to you and tend to you, you will still find some way to be displeased, to make note of how I’ve managed to fail you at some point on this journey.

Your modus operandi is to lull me into a false sense of security by not immediately letting your neuroses fulfill their complete crescendo, reining it in a bit by making it seem as though I’m truly a guest instead of your temporary nursemaid. This charade ceases quickly around the middle of day two, when you, holed up in your room and milking your infirmity to its full potential with your penchant for theatrics, scream at me about leaving my toiletries out on the bathroom counter. In point of fact, one of our long-standing sources of contention stems not just from my lack of cleanliness, but how I refuse to react to your drama-laden performances, which you yourself so genuinely believe in. The true mark of insanity, one could say, is one’s ardent belief in their sanity. Maybe you’re not even really sick, maybe you just believe you are, or rather, the illness of your mind has spread to your body. But you would never even allow that thought to penetrate your brain, so assured are you of your health in at least the emotional regard.

Our parents, long ago dead now, were the glue that held us together. I kept my airs of civility with you well enough when they were around. On the standard holidays (Thanksgiving and Christmas), birthdays, Mother’s Day, Father’s Day–I could be at my best in terms of engaging all of my powers of emotional suppression. Because I knew there was an expiration date do it, a fixed end time after which I could comfortably and acceptably return to ignoring you. But, in this current instance of your malady, I don’t know when the end will be in sight, or if it ever will. I’ve already cleared three weeks off with my workplace in order to be here with you, dipping into one of the only benefits of having been chained to the same desk for so long. Knowing you, however, your condition could either remain the same or worsen, and then what am I supposed to do? Move here to this godforsaken town you’ve chosen to settle in and spend out the rest of my days as your indentured caretaker? The thought made me shudder as I went about executing your umpteenth request of the day: making oignon soup. As opposed to calling it French onion soup, like a normal American, you feel obliged to put your stamp of false pomposity on it by calling it oignon soup. I don’t bother correcting you or questioning it, knowing what you mean and that to nitpick about words with you would be an exercise in banging my head against the wall, which I’ve already taken to literally doing when I go outside to toss the trash in its appropriate bins. There’s a beautiful and brief nothingness to smacking my skull a little harder than I should. The very same kind of “pure being” touted in I Heart Huckabees. Maybe I can try to watch that later when you’ve gone to sleep. Except you never go to sleep, are always awake watching some awful layman’s media like Roseanne. There is no common ground between us, not even in film or television. I don’t know how I’m related to you. How you’re related to me. Was it a mistake? A mixup at the hospital? An affair my mother or father never mentioned? You cannot possibly be my sibling.

The soup comes to the perfect simmer and I taste it to be doubly sure of its supremeness. I ladle it into one of the plain white bowls you’ve had for probably twenty years. Vintage Ikea. You never get rid of anything. Yet are somehow convinced that everyone is vying to touch or steal your possessions when all of them lack style or relevancy. Rather like our relationship. There was a point in our lives when maybe we were of use to one another, but now, I just don’t see it. Especially not after you launch the bowl of oignon soup at me like Jane Hudson would if she was the cripple in the scenario of our Jane/Blanche dynamic. You don’t like the taste, are vexed by the texture–generally appalled as to how I could serve you soup so bland and tepid. You tell me to forget even bothering with making another attempt at it. That you’re better off starving. But I insist, it’s my sisterly duty after all.

I don’t know what the cruel joke is behind the concept of a family. Who it is that invented this rule that you’re enslaved and indebted by blood to be at these people’s beck and call for your entire life, even when the only thing you have in common is DNA. Which, when it comes down to it, is just a few strands that you could easily sever. Which is precisely what I aim to do with this next special batch of oignon soup, refusing to allow it to be another time suck spent in vain. And when the police arrive, I’ll still be crying. Not because of your death, but because of all the onions I chopped to serve you the perfect batch.