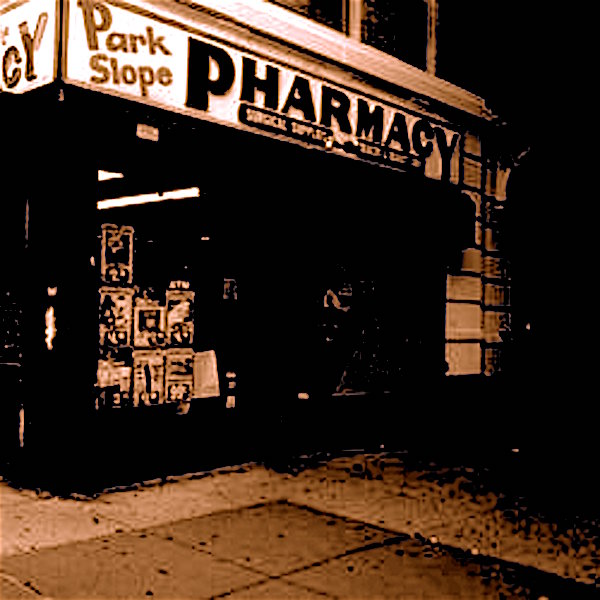 I’ve never been one for “self-care.” It’s generally the sort of thing reserved for those with a higher esteem for themselves. And yet, every summer spent in New York, I find my body capable of new and surprising maladies brought on either by the heat or an unavoidable malaise.

This year, everything seemed to be going smoothly for me, body-wise. My mental state, on the other hand, well, that’s something I can’t really speak to. Up until July, I truly thought I might have at last been living in New York for so long that I finally grew immune to its various anomalies incited to appear via physical manifestations. But somewhere after July 15th is when the rash first began to “materialize.” I have no idea what I might have done differently to contract such a rapid escalation of the condition–there was no food I consumed, no product I rubbed on my skin that was out of the ordinary. In truth, it seemed simply as though my body was externalizing the internal: a burning desire within me to break free, from myself, from the pains of my past.

The rash, like so many terrible things that intensify out of nowhere, began innocently one evening as I lay in bed with the fan’s waves exploding onto me in fits and starts. In all my seven years here, I had still never invested in an air conditioner. What was the point, when I was constantly switching apartments, lives, boroughs? But maybe my rash would have been kept at bay if I had put my body in a cooler environment. Alas, the appearance of a red splotch on my stomach around nine o’ clock soon broadened to an itchy outbreak throughout most every inch of my skin by ten. As a garden variety Brooklyn bum, I had no health insurance, hadn’t for almost a year; I was coasting on what was left of my youth at twenty-seven, relying on the notion that with a certain suppleness came an amnesty against ailments that couldn’t be treated by shoplifting medicine from Duane Reade.

But I was wrong in cultivating my false of air of confidence, tempting the fates to fuck with me instead. At first, I tried my hand at a bit of cortisone to attempt relieving the allover inflammation. After squeezing the entire tube out onto myself, however, nothing changed. As the rash began to spread to my face, I knew I was going to have to take some sort of action, hauling myself to New York Methodist Hospital in South Slope, where the few people in the waiting room eyed me up and down suspiciously for wearing sunglasses so late at night.

I filled out the necessary forms, ruing the curse of being subject to the United States health care system at a time like this. I could be on the precipice of death, and I would still have to handwrite the basic information about myself that was supposed to give whoever ended up caring for me something to go on, some cursory glance into my entire life’s history that might be able to lend them insight into how I got to my current state of malady-ladenness. I checked off all the necessary boxes, gave all the necessary dates and then slipped the clipboard back to the attendant at the front desk. His name was Devonté, and he looked almost as over it as I did. Who knew how long his shift had been already, what horrors he had seen in the past few hours? Or maybe nothing fazed him anymore. Christ knows after simply existing in New York as a regular citizen, you developed blinders to what outsiders would call “strange.” Thus, one could only imagine the stoicism harvested over time by an emergency hospital worker.

Trying to avoid scratching myself, I sat back down in the chair, upholstered in a nondescript gray fabric. The feel of anything against my skin, however, made me want to itch. I didn’t want to be this way, this disgusting by-product of the city, prone to the physical effects of all the vermin constantly surrounding one. I tried to read a book, Elena Ferrante’s The Days of Abandonment (a title I was upset had already been taken as I felt it would have been the perfect one for my own autobiography). But every time I got past a new sentence, I realized I hadn’t processed anything. All I could focus on was the burning, the pin pricks that seemed to be going up and down my entire bag of bones.

Though Devonté assured me it wouldn’t be a long wait for the doctor, an hour or so passed before a nurse of Hispanic descent emerged to call out, “Helena Morris?”

I jumped to my feet to follow her back to the examination room. She asked me all the routine questions, and I made sure to iterate to her that I had never had any allergies in the past, though, soon after, when the white female doctor walked in to appraise me, forcing me through the embarrassment of taking my top off so she could see the full effect, it was established that this probably was an allergic reaction, but that the only way to know for sure was to get a test. One that I obviously had no intention of paying for out of pocket. So instead of heeding her hurried, depthless counsel, I agreed to pay the additional fees required for prescription steroids and an extra strength antihistamine. Thus, on top of the $125 just to be glanced at, I paid an additional $100 for pills and sprays with effects that resulted in little better than a slight diminishment.

Initially, I thought the drugs were working. Soon, though, the rash continued to reappear at random and without cause of any discernible nature. In spite of the ninety-degree and up weather, I wore leggings and long sleeve shirts to conceal the hideous red tone of my epidermis.

Later, a guy I befriended in a bookstore would tell me, “You’re better off just walking into any restaurant and asking for medical advice than going into a 24-hour hospital.” His lack of empathy, of course, naturally led me to give him my number.

Days later, and still no change in my rash, no sign that it might be waning. It was like a second coating on my frame now. Desperate to not pay any further significant amount of money, I went to the nearest pharmacy in the neighborhood, a place contrived in quaintness because of its Park Slope location. I made the mistake of assuming that, because of its aberrant aura, I might be able to get a personalized recommendation from the pharmacist, an old school Brooklyn type who was, I estimated, in his fifties.

As I nervously explained my current condition to him, he practically cut me off before I could finish telling the whole story, insisting in his most Brooklynese accent, “There’s nothin’ I can do for you. If you took a steroid and it didn’t work, ya gotta get to the doctor. I can’t help you, I can’t diagnose you. What you have could be fatal.”

I nodded silently and backed away from the counter. I bought another round of Benadryl and cortisone. Insanity is doing the same thing over and over again and expecting different results. Or is it merely a testament to the perseverance that exists in a very specific way within New York? I don’t know. The rash still comes and goes at unanticipated intervals.