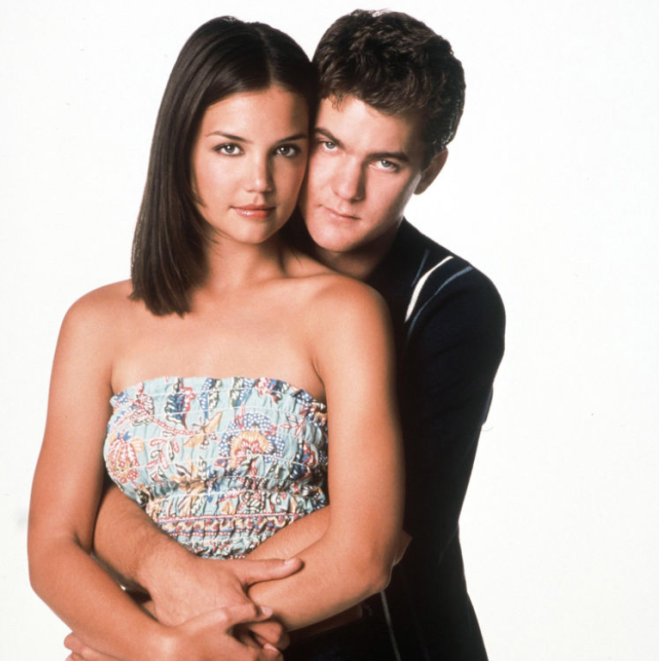 In my hetero wet dream, there is but one perfect person for me. And I find him after very minimal effort, or rather he simply knocks on my door, I rebuff him and he continues to pursue me until I relent after enough time has passed and I open it again. That way, I know he really, truly wants it. It being me. I suppose I shouldn’t self-objectify by saying “it.” But not viewing myself as an orifice with an occasional profound musing does propose something of a challenge. For you see, I came of age in an archaic time, I’m told. One where pop culture peddled very quaint notions that were later confiscated or erased from digital formats by the Council for Plurisexuality. This meant that essentially any film or show made before the year 2027 has either ceased to exist or is contraband of the highest order. I, Claire DeRien, 45-year-old widow, possess just such a piece of contraband in the recesses of my bedroom, in a place with so many layers of security that it takes me roughly twenty minutes to retrieve the prohibited materials: seasons one through six of Dawson’s Creek. And each night, I risk the potential sound of my holographic door’s force field being penetrated by the PSE (Plurisexuality Enforcement) just so I can watch one episode, beginning all over again when I reach the end, “…Must Come to An End.” Of course, each time I re-watch it, I remain in disbelief as a result of Joey’s final decision: Pacey over Dawson. In spite of everything the series had conditioned its viewers to believe–that in the end, Dawson, her true and unrivaled love would win out–we are left bewildered by the breakage of the once time-honored rules: that the character who starts out in love with another character at the outset of a narrative will always end up with him or her. It was what we had been habituated for all the decades of our most easily influenceable youth to expect. I trace this conclusion to be what, in effect, signaled the initiation of the death of the hetero wet dream. That we can all end up with the person we were “destined” to after enough requisite but manageable hardships. But no, Kevin Williamson had to ruin what was left of this ideal. I’m not going to say it was because he himself was a homosexual–what we now simply call the Dimes or Dime Class, as they’re a dime a dozen–but I’m sure his background wasn’t an aid to the last bastion of heterosexuality: the WB. Don’t get me wrong, I don’t hate the Dimes, it would be outmoded. I even once liked to think of myself as what you used to be able to call a fag hag. But that was only after Jonathan passed away. Fell off the railing of our boat and drowned in the choppy, murky waters of the Aegean Sea. We had gone on holiday there to celebrate our ten year anniversary. It was 2018. So you might say, after so many years later, I’ve gotten used to being alone, despite the Council for Plurisexuality’s best attempts at getting me to disrobe for a wide range of different “sex subjects.” That’s what we’re referred to. I’ve never been able to corroborate, but I’m fairly certain that the Council is able to watch us fornicating in various poses from their ivory towers in the sky. It would explain why some people “just happen” to receive a free downloadable copy of the Kama Sutra in their inbox at random. It means their performance has been seen and deemed as lacking in innovation. But you’ll never catch me with another man. And definitely not any other gender in between. Jonathan was all I could emotionally afford, and I still don’t really know for sure if I felt he was “the one.” The fact that I still question it leads me to believe that perhaps he wasn’t. So I turn to the pop culture of the past–the pop culture that reared what the Council for Plurisexuality has dubbed my “unhealthy mind”–for answers. I may never find them, but I’ve got to study the clues as closely as I can.

Fearing for my life as I fire up my struggling DVD player to put on Season Two, Episode Twenty: “Reunited,” I telepathically answer a work-related question for my boss, who is worried about the classified intelligence of a lipstick color we just invented leaking out of another employee’s brain. Shutting her out as soon as I respond to the question, I return to the business of setting the volume to just the right level. If the neighbors hear, they’ll immediately be able to detect heteronormative content and report me. This episode is among my favorites because it’s a phase when Dawson and Joey are together that I prefer–as opposed to enduring other periods, like Seasons Three and Four, when it’s prime for Pacey’s swoop in.

My eyes start to flutter as Joey and Dawson arrive at the restaurant to celebrate their month anniversary of being back together. When I awaken, I am no longer in my translucent trapezoid. I have been removed. Let my guard down for too much time in my intoxication on nostalgia for the way it used to be. This isn’t my first time in detainment, but it is the first time I’ve been caught blatantly watching illicit narratives that are in direct violation with Chancellor Pan’s explicit agenda for a “better, more advanced society.” And it means that Dawson’s Creek is officially nothing more than a figment of my imagination that they’ll soon erase anyway. My limbic system has been zapped so many times, it’s a wonder I’m still able to remember a period when things weren’t this way.

In my hetero wet dream, maybe I was never exposed to media at all. Allowed to make my own judgments about what should be. Wouldn’t have been so damned incensed to learn that “true love” always ends up tinged with taint. My husband is dead because of me. Because of my anger. He could feel my disappointment with him and let himself drown so he didn’t have to withstand the torment anymore. That’s how unbearable I was to live with. Maybe he just wasn’t my Dawson.

In the end, however, I unearth the true psychology behind what heterosexuality ultimately means, or rather, forces one to eventually subscribe to–that is to say, asexuality. Because all heterosexual propaganda is contingent upon a happy ending. When it goes on in real life past a third act (meaning the time after the “honeymoon” era), the romance, therefore the love, fades. And with it, finally, the sex. Or so I tell myself from the confined and isolated cell I’ve been relegated to by the PSE. Turns out, they had been tracking my activity for rather a long time, lulling me into a sense of false and vague security, much the way it was done to Winston in 1984. Many don’t even remember that book. Or scroll, I guess, as books are tended to be called more commonly. Anyway, the PSE didn’t like its championing of hetero behavior in “dystopian” times, which they’ve redefined with the former definition of utopia.

In my hetero wet dream, Joey and Dawson end up together, and all is right within the realm of “it is written” relationships. But each morning, I reach into my government-issued underwear and feel only a desert.