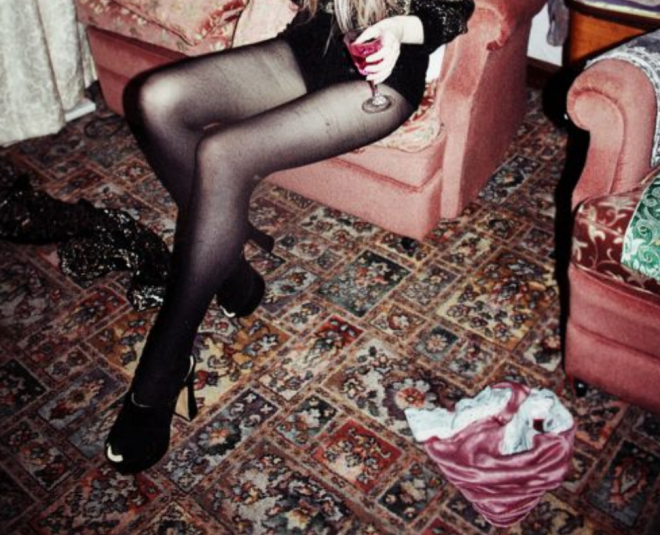 Drink poisoning has been having something of a moment ever since Black Mirror offered up that final episode of season four, “Black Museum,” in which the curator trustingly sips from the water bottle offered to him by his sole patron without so much as a second thought about the nature behind such expected “good will.” For Judea, the idea of being poisoned unbeknownst to her had always seemed romantic. She supposed it started with her early in life obsession with Eleanor of Aquitaine, and the High Middle Ages (none of that dull bubonic plague shit) that went hand in hand with studying about her. The knowledge that people were employed solely to test out whether or not something was safe for consumption because of the risk of being poisoned spoke to Judea in ways that it didn’t to anyone else in her history class. The thought that someone could be so important–a.k.a. so worthy of contempt and jealousy–as to possess another, likely less affluent being to poison them seemed, to Judea, nothing short of the height of glamorousness. It was thus that from the time she was roughly thirteen years old, she had always opted to leave her drink out in precarious situations: after having pulled a prank on another popular girl at camp and then deliberately baiting her by leaving her Cherry Coke out on the wooden table to go get another sprig of lettuce (Coke and lettuce was the diet of anorexic champions in junior high), being at a high school party while still in junior high and praying some guy would, at the very least, roofie her, etc. She just wanted to be done away with in this fashion and no other.

Her parents, Ilayna and Geoffrey, eventually caught onto what she was trying to do when she deliberately filled a clear bottle with bleach to match the ones they used to pour their water from at the table, placed it next to another clear bottle and hoped her little brother would drink from it (he had recently been riffling through her bra and panty drawer like the perv that he was–and remains–which set her off). He took only a small sip from it, but that was all it required to practically destroy his esophagus. Needless to say, Judea was immediately revealed to be the culprit and subsequently submitted by her parents for psychiatric evaluation. This was when she was just fourteen years old.

At that time, her therapist, Dr. Frenten, a 39-year-old divorcée who had come to the conclusion that men’s only purpose was to inflict misery and that she wouldn’t let this realization affect her subtle guidance of her mostly female patients, still thought there was hope for Judea’s case. Calmly and straight to the point, she demanded of Judea at her first session, “What is your obsession with being poisoned by drink?”

“I want to die. But I don’t want to see it coming. I also want someone to put in the level of consideration it would take to kill me that can only be associated with the intense foresight and planning of poison. It would make me feel like someone gave a shit about me. That I mattered enough to them to expunge me in this manner.”

Trying her best not to react to the absurdity of this response, to sustain her neutral therapist’s expression, she replied stoically, “But wouldn’t you miss anything about living? It seems like a lot of buildup to a fantasy with no ultimate payoff. And now you’ve roped other people–like your brother–into the dangers of this fantasy.”

Judea shrugged. “None of us can control what we want. We can only try to stifle it for so long before it just explodes to the surface in some calamitous way. Wouldn’t you tend to agree, considering what profession you’re in?”

Judea scared the shit out of Dr. Frenten, but she was in no position to turn down clients. The year was 2008 and people were cutting “frivolous” costs such as mental health care out of their lives like it was going out of style, which it was. Everything felt scarce, every penny felt pinched. So while in the past she might have turned down Judea’s case, she chose to take it on for the sake of her bank account. When the economy started to pick up again, she kept Judea on her roster purely out of loyalty. She had become too invested in the rareness of her condition, also hoping that she might be able to pitch it as a new illness for the next edition of the DSM.

In the meantime, Judea had grown into a college student, now 21-years-old–the age when beverages are more important than ever. And to Judea, there was no opportunity left unturned for leaving her glasses of alcohol any and everywhere throughout a bar or party. All it ever resulted in, unfortunately, was rape–not death. Though some rape victims will tell you that physical violation is merely another form of killing. Because she wasn’t “technically” trying to cause harm to herself–simply wishing and hoping that someone would do it for her–Dr. Frenten couldn’t legally have her confined to an institution. All she could do was continue to maintain a vigilance over Judea’s behavior and report it back to her parents–who also couldn’t do much of anything as Judea was no longer a minor, even if she did still rely on them for basic sustenance and beyond. Her brother, feebler than ever from an inability to eat much of anything beyond what amounted to baby food, had ceased speaking to her at this point, rightly blaming her for all the ills that had befallen him in life post-poisoning. Judea didn’t much mind, she had always held nothing but ire for her sibling, saw him for what he was: an obstacle in her way of getting what she wanted of life–ironically, carefully curated death.

As time went on, Judea took more drastic and self-destructive measures to get poisoned. Alienating her co-workers was, she thought, one way to get a poisoned Keurig coffee, but, as anyone working in corporate America will tell you, people are way too passive for such involvement in and commitment to retaliation. So she quit, and went to the source of all poison: Africa. It might not have totally fit her daydreaming bill of sitting at the head of a table wearing a crown while swathed in silky and velvety fabrics, but she couldn’t wait anymore. And as any adult will attest, sometimes you have to amend the expectations of a vision you had as a youth in order to get some semblance of what you want. She had to get her poisonous taste, exact method originally desired or not. So, one day, without telling a soul, she packed a single suitcase and headed toward Tanzania with Lake Natron in mind as the place of her final bath. After reading that the water was so toxic it could strip away human flesh on contact, she knew this was to be her ticket to uttering that signature phrase, “Oh true apothecary, thy drugs are quick.” Except instead of saying it to the love of her life that she didn’t have in a crypt, she would be saying it to a nest of flamingos–that species known as Phoeniconaias minor–for they are the only ones who can thrive in toxic lakes thanks to their near impenetrable skin and scales. That, and they have glands in their head that can remove salt to make their own freshwater. In essence, they’re just the sort of indestructible beings that Judea found perfect to die among. Because as usual, if you want something done right and poetically, you have to do it yourself. So after several plane changes, a few bus rides and an intensive walk, there she was. At the nexus of sweet, poisonous death by drink. It was just water, but there was a dichotomy to it. Water was supposed to be the foremost unit of human rejuvenation. And here it was in this lake, nothing but a means to a sure demise.

On the plus side, Dr. Frenten was able to get Poison Predilection Disorder in the next DSM, which, to her, meant that Judea’s death was not in vain. The flamingos would tend to agree, making an exception to their usual diet as they fed off her carcass for at least three days, briefly transforming the pigment of their plumage into a flesh-colored tone.