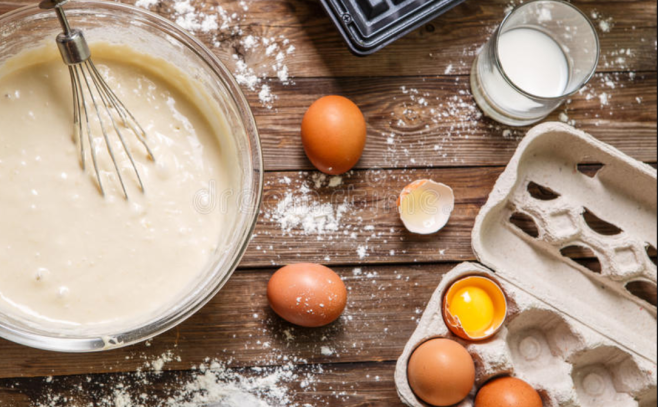 “Hey, you know there’s no God, right?” I overhear a junior high age, pasty white child say to one of his peers as they spit aimlessly in between trying skateboard tricks in the parking lot. They both look like rejected leads in Gummo, a movie they’ve probably never heard of nor ever will, which is ironic because they are the entire basis for why Harmony Korine made that film. I moved to Tennessee on a whim. Predictably chose Nashville, a place they tell you with mock pride is almost “like living in a city.” “The Austin of the South,” as if that’s supposed to be some sort of irresistible allure to someone like me. But then, all of the sudden, it was. I found myself unhappy and overpaying for everything in New York, so I figured, why not just be unhappy and underpaid somewhere else? Somewhere where I could work less. And sure, that meant giving up my coveted job as one of the last A&R executives before the title seemed to be changed out of nowhere to “Emerging Talent Associate” and compensated little more than fourteen dollars an hour for the pleasure of destroying your body with alcohol and your ears with noise into the early hours of the morning. Every “emerging talent” wants to be heard, thinks that theirs is the record that could re-create the Lana Del Rey effect of 2012. At best, their music didn’t make me want to find the will to build a time machine and go back to the early 80s to experience the development of synthpop before blowing my brains out when I realized I couldn’t. Music is bad now. Like, really bad. And I’m not just saying that because I’m having some sort of John Cusack in High Fidelity moment (the book was better, by the way). I guess what I’m getting at is: that’s another reason I left–I had no passion for music anymore. Still, however, not the primary one. Because no one goes to Nashville to escape from music, as anyone will tell you. No, I was instead running from an old flame. Or rather, to me, a constantly burning flame that couldn’t be expunged despite the fact that the object of my affection had refused to “light my fire,” so to speak, for many years now. Years. And still, here I am, in the parking lot of the Waffle House telling you about it as though it matters. As though it’s not the most pathetic thing in the world to be unable to move on with your life when someone who you thought would be a long-standing fixture in it has removed himself. Just a moment, I need a sip of something to take the edge off of my existence.

Reaching into the glove compartment, Estella removes from it a flask. One with a skull and cross bones on it. Several errant papers fall out of it, but she doesn’t bother putting them back as she gulps from the flask as though its contents have restorative properties when, in fact, it’s very much the opposite.

It isn’t fair. He goes on painlessly and effortlessly while I live with the permanent scar of our time together, which, of course, in “the grand scheme of life,” amounts to all but a second. But when it comes to emotions and their never going away, the time you spent with a person has nothing to do with it. How they made you feel does. And though he made me feel like shit for most of it, I think I was addicted to the pain. Now there’s a replacement, residual pain. A phantom limb sort of pain I don’t know how to get rid of through any other means than eating waffles at noon and drinking vodka on ice at six. It doesn’t sound like the healthiest diet, and it isn’t. But one of my only blessings in life has been a metabolism that doesn’t seem to be aware that it belongs to one of the laziest people on the planet.

Estella tosses the flask onto the ground, gets out of the car and slams the door loudly to get the Gummo kids to notice her. They do, seemingly aware that they ought to be terrified of a single depressed woman. They shut up and stop skating as she passes to make her way into the Waffle House. The same server that waits on her every day greets her as though they don’t see one another every day. “Take a seat anywhere,” the expectedly aging waitress says, as though Estella isn’t going to choose the same corner booth that she always does. She plops down without looking at the menu, instead taking a copy of the latest book she’s reading, The Denial of Death, out of her purse. For despite the fact that she hates everything about herself and her life, she instinctively feels obliged to keep her mind as sharp as she can lest she be committed against her will to some sort of state hospital under the argument that she’s no longer “cognizant.”

“What’ll it be?” the waitress demands in a cracked voice. Estella wonders if they only continue to employ her because the current generation can’t abide jobs like these–are too above it with their dainty, computer-oriented hands. She orders the pecan waffles, coffee and a side of eggs. The breakfast of true champions who are not so secretly born to lose.

When the coffee arrives, she pulls her backup flask out of her purse, a more petite one that enables her to, in her mind, discreetly turn it into an Irish coffee.

“Will you shut the fuck up and let me finish telling the story?” Estella tells me in annoyance.

“Well it’s my fucking life, not yours. I don’t even know how you started talking. I was doing just fine telling my own goddamn narrative.”

“Estella,” I try to warn her gently, “it’s very important to our storytelling that we don’t ruin the upcoming denouement.”

She keeps quiet long enough for the waitress to approach the table with the waffles and eggs in tow, but right at that moment–

Estella interrupts our internal dialogue with, “Yes, at that very moment, another one of America’s finest demented white male shooters decided to walk in and bang! I never got my fucking waffles. Me and a few others being punished for trying to seek pleasure where we could. But you know what? It’s fine. Because I’m dead now. I don’t have to think anymore. I don’t have to worry about what anyone thinks of the story of my life and the tragedy it had become all because someone one day decided he wasn’t in love with me anymore. I don’t have to have the constant thought of the person I hate because I once loved him on my mind. I’d call this a happy ending, wouldn’t you?

“Estella, I feel inclined to interject as you’re on a stretcher now, and you’re not dead.”

“You’re telling the story wrong again. You see, I been dead long before I was deprived of these waffles.”

“Fine, Estella. Fine. I suppose that’s one point of the story of your life we can agree on.”