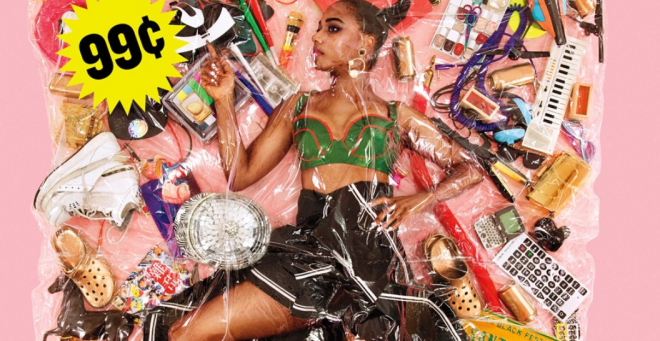 In Paris, as is the case worldwide, I never have cash. People with no cash, still, somehow, manage to have credit. Perhaps if I had been able to pay with the “dirty exchange” of euros, I might never have been jarred by the question, “Contactless payment, madame?” Madame, by the way, doesn’t sound any better than ma’am, regardless of the French spin. I have to let what he’s saying register with me for a moment before I process that this is a thing now: “contactless payment.” Except no one in America puts it so formally. I think it’s called touch payment or something, which is the antithesis of the word “contactless.” But then, that’s how Americans are: always marketing or positioning something in a fashion non-representative of what it actually is. And with Guillaume’s (that’s what his name tag says anyway) drone demand toward me, I have to not only realize that I am getting to that point where there is a clear-cut generational divide between me and the people who will never know a time other than contactless payment (sort of like many of us would never comprehend the plight of baby boomer and Gen X retail cashiers in the 70s and 80s who had to use a manual credit card machine that required the upper arm strength of a body builder to wield multiple times a day), but also that our societal phobia of having a real connection has trickled down to the most intangible thing of all: money.

As the overplayed quote from Detective Waters (Don Cheadle) in Crash goes, “In L.A., nobody touches you.” Well, so it can be said that, “In the twenty-first century, nobody touches you.” We have been conditioned to sanitize by all and any means necessary, to remain vacuum sealed in our apartments whenever possible–ironically leading to more proneness to disease than ever before as a result of not being exposed often enough to a little harmless bacteria (granted, most Parisian bacteria seems pretty insidious, especially if Bret Easton Ellis trained you to have a phobia of potential Semtex resin lingering at every turn). Contactless payment is merely an extension of that. Of the societally imposed desire to never get too close, lest we actually feel anything–least of all the emotions that come as a result of physicality.

So I tell Guillaume, his brown curls, pale skin and glasses all serving to further frustrate my thinning patience, that, “No, it’s contact.” He pauses briefly, as though actually picking up on my tinge of tongue in cheekness despite being from Gen Z. European Gen Zers at least somewhat have their wits about them (not in Italy, of course, but in most other Western European countries). He twitches as a substitute for a smile and, with put upon bombast, thrusts the card with the side that has the chip into the machine. And that’s another thing, wasn’t the chip-thrusting method supposed to be enough of an “innovation” in the credit card world for a while to stave off this need to take it to the “next level” with (anti-) touch pay? It probably all has to do with some Apple conspiracy. They wanted to make Apple Pay happen, so there you have it. With the simple, cheesy use of the copy, “You can use Apple Pay to pay and get paid right in Messages, or by asking Siri. There’s no app to download, and you can use the cards you already have in Wallet. Send money for books to your son in college. Split a bill. Chip in for a gift. Send and receive from across the table—or across the country,” suddenly we’re talking like this is as miraculous and tangible as wiring money in the Western Union style of yore (far more epic and, most importantly, conducive to developing plot points in some of the greatest movies of the 90s, including Thelma and Louise). Also, on a side note, why is it automatically a “son in college,” huh? Not a fucking daughter or even a genderless noun, like “spawn.”

The eeriness of “contactlessness” in the way we now pay for things–that will soon become the norm–is not only telling of where we’ve ended up as a society of awkward and inept flaccids with zero social skills who are so scared of our own shadows that now we can’t even risk the “danger” of fucking up a payment by surrendering our money with any concrete exertion, but also just how abstract the concept of “currency” really is. The less free-flowing cash becomes, the more nebulous the very existence of money as a notion grounded in reality does. The difficulty of tracking cash (always treated scandalously these days for it being the only form of  “off the books” capital there is) transcends into a true art form in this ever-increasing curve toward the contactless–cryptocurrency being the first iteration to take us into the most abstruse form of paying we have ever known. Vague terms like “digital asset” or “medium of exchange” are indicative of just the kind of non-language we were warned about in certain twentieth century literature cautioning against doublespeak designed to confuse by saying nothing at all. But warnings do not matter. Laying out all the facts bare matters even less. It’s not the fascist dictators, it is the people themselves who just want–need–to be told what to do. How can they possibly decide for themselves what’s right? How they should proceed? And if the government and the financial institutions that run it want us to feel as though we would be much better off having contactless payments to mirror our contactless bodies in our day-to-day, who are we to argue? Why should we argue against something so neatly arranged? Designed only to make our lives easier.

But oh, Guillaume is asking me, in short, what the fuck is taking me so long to sign my fucking receipt. Jesus, am I senile or something? Unaware of even how an archaic chip system works?