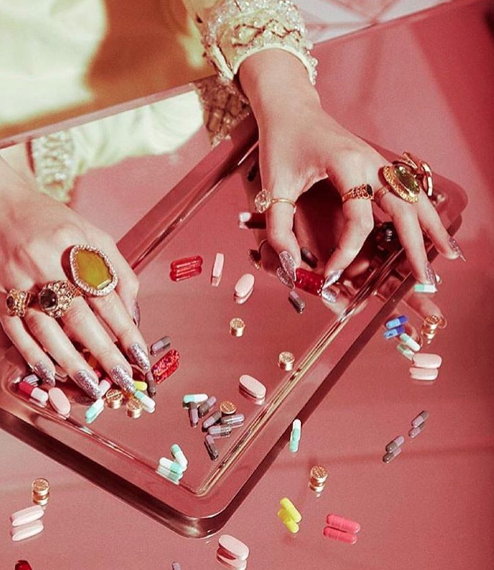 Like most teenage girls living in suburban New Jersey and desiring to move to New York the second they turned eighteen, Eveline had an obsession with Valley of the Dolls. Not the movie, the book. The movie obsession came later, when she realized the glamorous value of Sharon Tate. Not to mention her high value on the tragedy scale. Girls like Eveline got hard for tragedy queens. Sylvia Plath, Anne Sexton…Morrissey. These were her heroines and idols, the ones who treated their depression like a cozy womb to curl up into. It never occurred to her that their genuine darkness might eventually crack her own once false veneer of sadness. But spend enough time dancing with the dark and it will envelop you. Enslave you, really. Eveline was too blithely unaware of the consequences of adopting this persona of gloom, that it could get out of control before she knew how to stop it.

That her parents were both workaholics didn’t much help in terms of providing at least some source of authority to rein in her extreme (even if manufactured) personality and associated aesthetic: all black all the time. More specifically, heavy eyeliner that made Amy Winehouse’s look demure, dark red lipstick and always–always–a crushed velvet crimson dress that hit just above the knees and a doily-like white collar embroidered on it for added drama–in addition to the black cape she topped it with. She would walk the halls of her high school flagrantly reading Valley of the Dolls, worshipping the likes of Neely O’Hara, Anne Welles and Jennifer North for their dependency on dolls–those numbing little barbiturates and amphetamines packed into one tiny little pill that could make all the pain melt away. Eveline wanted her suburban pain to melt away too, to feel as warm and fuzzy and resigned as Jennifer did when she said, “All I know how to do is take my clothes off” or “The sanitarium was very expensive.” It was a sort of resigned despondency that could only come from dosing oneself regularly with those dolls. The dolls that these women needed to cope with the pain of the realization that getting everything you ever wanted is just as unsatisfying as never achieving it. For at the top of Mount Everest, the shocking revelation of having nowhere else to go but down is jarring enough to send you over the edge, back into the Valley of the Dolls. That’s where Eveline felt like she belonged, if she was to truly embody this pinup tragedy queen role she wanted to fulfill to its utmost potential.

When she told the only person she vaguely consorted with, Susie, a pale, overweight fellow student and enthusiast of The Bell Jar, that she wanted to get her hands on some, at the bare minimum, amphetamines, Susie suggested she ask the local and unspoken drug dealer, Calvin. He worked at the gas station on the corner of Greenwood and Chambers. It was close enough to Eveline’s ramshackle of a home to walk to in a fur coat and black pumps that topped off sequined fishnet stockings. She wanted to ensure she could get some kind of discount after all. And get it she did, right after Calvin was finished railing her in the cigarette butt-laden men’s bathroom (it was the only one that still had the key).

“So, can I get some?” she asked in a faux coy manner that led even her to question why she felt the need to act all the time, to play this amalgam of characters with fates that were doomed to end in Cimmerian shade.

“Thought I just gave you some, doll.”

She found it interesting that he chose that specific epithet, being too dumb and heterosexual to understand that the name was used for just what she wanted to buy. She rolled her eyes at him and demanded, “Come on.”

“It’ll take a coupla days to get what you’re asking for,” he explained, running his hand through his greasy black hair and wiping it onto his already grease-stained flannel.

“Fine, I’ll come again then.” She winked at him and strutted away, ruminating on how Jennifer North would approve of how she had used her body to get something useful for herself. She giggled uncontrollably at the vision of herself fucking in the bathroom like that–how utterly titillating, to live this life of debauchery as a means of distraction from the dimness of it all.

She continued to think so after Calvin finished penetrating her the second time and then handed her a small black bag of what she had asked for. “The presentation leaves something to be desired. I was hoping for a cute little pillbox.”

“That’ll cost extra,” he said, moving his persistent erection toward the portal of her anus. She shuddered as he did so, suddenly wondering if this was all worth it–this experiment in “how to feel alive” by acting dead inside. She cried out in pain that Calvin wanted to interpret as pleasure, pushing harder in response.

As she walked home with a slight limp, she could almost feel Jennifer’s body (hey, maybe she would listen to that song when she got back to her room) hovering above her, whispering, “Have a doll, it’ll make all the hurt subside.” Or maybe Jacqueline Susann was saying that, it was difficult to decipher. So she abided, went down the rabbit hole just as she had planned to, though not with the cognizance of what that would actually feel like once she had achieved her own version of Mount Everest: being genuinely depressed as opposed to just trying it on as a persona.

She loved the dolls, needed them more than Jennifer or the rest of them ever could have. It got to the point where she was no longer playing the part of depressed suburbanite, she was truly and unwantedly living it. This epiphany dawned on her in the midst of drowning in the bathtub to the soundtrack of Depeche Mode as her eyes flickered as much as all the candles she had lit to set the mood for her imbibing of the latest doll cocktail Calvin had provided her with. She hoped her absentee parents would dress her in her favorite crimson crushed velvet dress for the funeral, she thought, as she slipped into the ether.