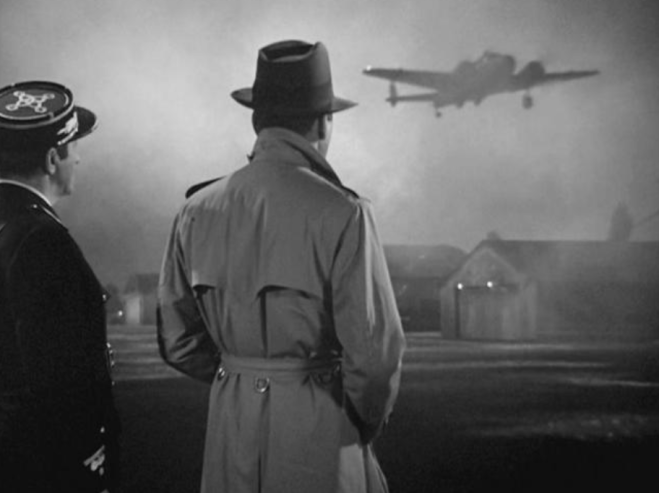 I couldn’t have known, not really, that we would end up in the same town. The same place at the same time. I guess it speaks to that Rick from Casablanca ism, “Of all the gin joints in all the towns in all the world, she walks into mine.” Except it wasn’t me walking into his, it was him walking into mine. Granted, I had never expressed an interest in pursuing my studies beyond the Bachelor’s level, hadn’t really anticipated that anyone would accept me. Then I learned about the European loophole. How, if you just look for the right place that will pay your way for you as an American (with Italian citizenship), you can achieve that impossible dream of engaging in Peter Pan Syndrome forever. That’s what it is to continue one’s education, after all, isn’t? For it isn’t about the learning, so much as the setting you’re able to do it in. Anyone can persist in achieving “higher knowledge” without a school, it’s just a matter of being invigorated to do so in an environment that not only encourages you to keep reading after the age of twenty-two, but also that you don’t give up on the youthful folly that comes with the luxury of being permitted to study. And drink in between. Oh how one must drink to care about all the white male neuroses of the past as showcased primarily by Dante.

That was my primary sector of study in the ancient literature realm after settling upon the University of Perugia (the Amanda Knox thing had only recently calmed in its furor, and the town felt almost charming instead of sinister again). I figured there was nothing that couldn’t be learned from Purgatorio and the seven levels of suffering and purported spiritual growth that was supposed to come with them. I had yet to experience that latter part, which was not aided by running into you. It cut at my most deadly sin of all, pride. That I had had a light history of stalking you didn’t mean you needed to treat me like a criminal capable of brutality. Unless the mere act of loving without reciprocation is brutal. If it is, isn’t it only a source of savagery toward the one doing it to themselves? Not the party that couldn’t care less either way?

But I had gotten over all that by now. It only took me six years, but I did it. Thus, I was unappreciative when you, who had, at the very least, gained some weight, caught me staring blankly at my iPod as I searched for a song to listen to. I was leaning toward “Galang” by M.I.A. because I had been subliminally influenced by the Apple commercial. Before I could put it on, however, I saw you walking with some blonde girl out of the corner of my eye. She turned out to be that rare breed, in fact: a blonde Italian. I wondered how you had managed to con her into loving your Anglican, cultureless ass as well. You must tap into some sort of unwitting sorcery when it comes to getting women to bend to your will. I didn’t look toward you right away, but I could see you freeze, bristle at the mere sight of me, a spectral vision in a city that was as remote from the one we had initially met in as this. We were caught betwixt an endless row of columns, some marble, some simply white stone. Leave it to Italy to bring the drama when it comes to backdrops. Of course, I wanted to be the one to say something to you first, yet didn’t feel it was my place–considering how things had ended between us with that restraining order. I wondered if maybe you had ended up here because you still feared I would try to seek you out somewhere in the U.S.

“You’ve gotta be fucking kidding me,” were the first words out of your mouth. It put me on the defense mode, made me realize that there was no chance of us ever being cordial. I thought we might at least be able to achieve that after enough time had passed.

I put my hand up as a reflexive defensive gesture. “Brent, you were honestly the last person I would have expected to see here. Even though, I mean, I guess Italy is kind of a white man’s paradise.”

He would always grow angry with me if I used the white man card against him too often, saying that I wasn’t much better just because I had a vagina. I was still white. He obviously didn’t get what a difference a genital makes.

He glared at me. It was a look that said you are less than nothing. “You’re a dumb bitch, stay the fuck away from me. I don’t know what you’re doing here–or pretending to do here–but there’s no way it doesn’t have something to do with me.”

Raffaella, which I heard him call her in his disgusting American accent as they walked away and he said, “I can’t even explain what that is,” seemed concerned, as though she hadn’t bargained for this level of theatrics in her choice to hone in on an American male, notoriously basic and straightforward. I wanted to spit on her more than him for some reason. Or I guess any girl who could keep her emotions in check without letting them spiral and spin into some utterly macabre web.

“Whatever your ego wants to believe, I’m not here because of you. I’m going to school,” I declared.

“So am I, but not to this one anymore. I’m packing my fucking bags and getting as far away from you as possible.”

I found it rich that he could feign to be so repulsed by me when he was the rotund one in the scenario. Ain’t that always the way? Gross people thinking they’re superior.

Anyway, I couldn’t control the fickle finger of fate when she decided to land me back in Los Angeles to complete my Master’s at USC (Perugia could be so dull, if you must know–all those picturesque hills and vats of chocolate waiting to drown you). It wasn’t my fault that you happened to be there yet again–this time with a new girl named Satine (she was probably named after the Moulin Rouge character because this was L.A.). I found it so interesting how you could move on from female to female as the city changed with your persona. Was it not more accurate, then, that perhaps you were the psychotic one? At least I maintained my identity with each change of milieu. You consistently proved that your amorphous personality made you a cipher.

So it was that I had to banish you from whence you came…after sneaking into your apartment and drugging you. You awakened to the sight of me in a Humphrey Bogart mask explaining to you that a ticket had been made in your name to return to your hometown in [insert bumfuck USA town name here]. That, “If you don’t get in that plane you’ll regret it. Maybe not today, maybe not tomorrow, but soon and for the rest of your life.” I left you to contemplate my demand, knowing that you would obey because your fear of me–what I’m capable of–was and is too great not to. Thus, I ask you to please never tell me that it is I who have sought you out when it only appears to be destiny that constantly leads us back together. I will not have destiny brand me a stalker the inevitable next time our paths cross.