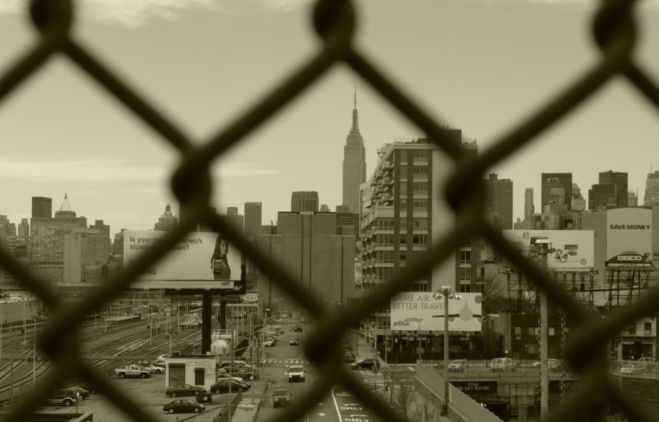 I’ve been told I’m like a ghost. Always disappearing and returning when one least expects it, with no true place of my own or ties to any one area to haunt. In this way, perhaps I am more apparition–for aren’t ghosts supposed to only seek to return to the specific place that they were turned away from in their (usually unwanted because people are fools to desire to live long) journey to the next realm? No, I was not a ghost, despite often returning to the same places I had declared I would be swearing off forever in my attempt at “growth.” At seeking to find the true meaning of existence which I had recently learned was either nothing or falling in love. The problem with the latter is that it was always invariably tainted by the heteronormative woman’s plight regarding that which pertained to vain (but nonetheless important) causes: he was either too short, too fat, too poor, too into it, not into it enough, too narcissistic, too self-loathing. It was a real rigmarole of Goldilocks problems. How could one fall in love in these times? In these circumstances of no valiancy. No accountability.  This is precisely why I had decided that life’s meaning must be the former abovementioned category, and therefore opted to return once more to the only place where I had ever felt even a vague sense of belonging, of being at home.

So I wander these streets, whether people see me or not (phantom that I am), to perhaps experience the only valuable aspect of being “alive”–feeling a sense of place. Not purpose, place. For the only thing worse than the sensation of being alive is being alive and possessing the constant sentiment of not belonging in the milieu where you’ve found yourself. Or maybe, in my case, put myself. I left Rodrigo in São Paulo while he was asleep, an alarm bell ringing in my head in the middle of the night that screamed, “Get the fuck out, cut bait, abort!” I thought I might be charmed by a place like SP, with its dramatic monuments and cathedrals and its seemingly pansexual population–but, in the end, what small smidgen of a heart I had left led me back to the one place they still say is the most heartless of all: New York Fuckin’ City. Addicted to the pain, some might say, I had to go back to the start of it all. The start of the first moment my body was shocked into nascence from the energy, tantamount to sticking your finger into an electrical socket and somehow not expecting to be jolted. But I was, even still. And though I despised when people, to use an early 00s turn of phrase, got “all gay” when they spoke of New York and what it meant to them, I found myself turning into that very denizen as I awaited my flight early that morning and proceeded to instruct an impending tourist on what he should see, where he should go while there. Who had I become? Taylor Swift?

Before boarding, Rodrigo woke up in time to message me on Facebook (we had never bothered to exchange our actual numbers) and say, “What the fuck? Where did you go?” I blocked him without visualizing the message. What more was there to be said? He was Brazilian. I was New Yorkese. I felt somewhat like Madonna must have when she ran away from Paris in the early 80s to go back to her boyfriend in an abandoned synagogue in Corona despite being offered “the world” in the form of paid for lodging and expenses as her wannabe Svengali producers promised to groom her to be the next big disco superstar (in Europe, disco is even now still going on). Sure, there was a “grand” offer on the table. But it wasn’t New York, and it would never feel right if it wasn’t. While I had no boyfriend or synagogue to return to, I had it–the city.

“Holy shit! Why would you come back? Are you actually insane, Alana?” This was the first thing my best friend, Elise, said to me when I showed up on her doorstep unannounced. That was the overall attitude of people who had been living in NYC for too long without a break in the brutal monotony of “the grind.” Of working nonstop only to feel as though you were never making ends meet or truly enjoying all of the entertainment benefits of the city. They were incredulous as to why anyone of sound mind would ever want to return to such a lifestyle if they had managed to break free, theoretically, once and for all. That New York was consistently billed as “not what it used to be” didn’t help its cachet much these days. Its former allure in drawing and keeping a rich community of weirdos and artists. It was, like most major cities, a rich man’s playground. Or the wife or concubine of a rich man’s playground. Being that I was neither, how could I possibly want to return, Elise demanded, as she poured me a glass of wine and I caught her up on all the gory details of my São Paulo coma, among other comas experienced while meandering through South America and its jungledom (I had started out there with a different male escort who made it feel somehow safe to test the waters of the Amazon despite my notorious and lifelong struggle with attracting any mosquito within fifty miles). When he started to become too cloying in his behavior, I had to bolt, ditching him as soon as he got me close enough to a city where I could at least faintly survive as a woman traveling alone in South America. That turned out to be Rio for a few weeks, where Carnival was taking place. It was among the hordes of celebrants on the streets that, of all people, I gravitated toward Rodrigo, who had driven the roughly five hours from SP to be there. He had lost his friends among the crowd, he said–though I never did see or meet any of them. I wondered if he was just alone and embarrassed. For some reason, no matter what country, this was still somehow the ultimate embarrassment: to be alone. In New York, a country unto itself, being alone was a celebration of the self, of the Ayn Rand beauty of selfishness and all it could procure you from a capitalistic bent. So I dove back in, hovering above it in my aircraft like the ghost that I was and would forever be. For once you leave a place–any place–for a prolonged period and return, that is your cross to bear. The price you must pay for experimentation in other worlds, only to return to the most temporal one of all.

Maybe we’re all brainwashed (blame Sex and the City or some shit), those of us who inevitably can’t help but think New York is still the end all, be all of realms. Who feel the pull of it in our loins as the closest thing to sexuality in an age where genitalia is on the fast-track to being stamped out. If so, let me die by the Kool-Aid.