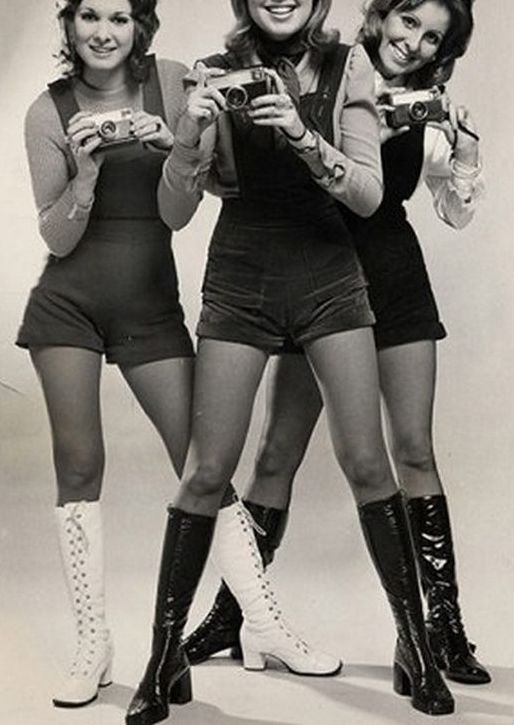 He had but one task. As usual, he couldn’t help but fuck it up, fall slightly into a metaphorical K-hole (though it could have been a literal one as he had done his share of ketamine in the days when it was not just for gays, and long before it started to be repurposed as an antidepressant). And in the midst of that reverie, while watching the suitcases and the bags that Elaine had left with him so that she could go into the museum and enjoy it without worrying about how he was faring, not just with the cumbersomeness of carrying around their luggage, but with his naturally bored by culture air, Sanders was interrupted by a slew of quintessential “schoolgirls.” Quintessential in that though they were all dressed “normally,” they were of the age and type where one naturally couldn’t help but imagine them in a Catholic boarding school student’s getup à la Britney Spears in “…Baby One More Time.” It was out of one’s control, really, and not even necessarily the fault of being a man, for a woman could automatically envision the aesthetic as well, what with the secret lust all genders have for either fucking or being a Catholic schoolgirl (with the associated and extemporaneous power of being so desirable).

“Sir, can you come over here and take our picture?” asked the ostensible ringleader of the group. He couldn’t tell if it was happening in his mind or if, in fact, she really did lift her shirt up just a bit to reveal a tattoo of a pair of red lips sucking on a cherry. A caption underneath read “Suck on this!” in ironic feminine cursive. Sanders found himself staring at it longer than he should, which surely must have been the girl’s intent as she had to interrupt his titillated thoughts to further add, “Would you mind? Oh so terribly?” She knew what she was doing, this one–clearly why she was the obvious choice for “master” among the ranks. The trio of girls behind her blinked at him expectantly, each wanting–needing–this photo opportunity to happen if it was ever going to be proven that they were here, at this museum in the South of France. Proof that they were more than just pretty faces and tight twats, but also intellectuals, to boot. That’s the story their social media would tell to the boys that thought they could fuck with them. Mock them for being superfluous and not worth much more than a blow job after school or at a party.

Sanders could see in their semi-earnest faces as they waited expectantly for him to respond with a resounding yes, jump to his feet and cater to their every whim regarding poses for photos and potential video concepts, that, in their minds, the word no had never existed. At least not from their parents or from men deemed as “pathetic” as he was, sitting there looking as though he had nothing better to do with all that luggage surrounding him. And in that moment, he was overcome with outrage at their disgusting Circe-like behavior, how they essentially got off on using males for their own inane purposes.

Elaine had not returned to Southern France for a year. She had told herself that returning there would only be painful as opposed to pleasurable, because she had to admit to herself that she could never really have that life. The one of leisure spent on painting or yachting, or painting while yachting. She wanted so desperately to buy a house in Nice or Antibes or even the less glamorous Cagnes-sur-Mer. Yet it was impossible. Her station in life as just another garden variety wage slave would never make it feasible. These rare pittances of vacation time that did find her out of the United States of Incompetence were almost worse than being forever chained to a desk. Because it gave her only a taste of what it could be like. The dolce vita, she supposed you would call it (even if it was in France, not Italy). Sanders didn’t understand her sadness. Though they had only been on two major international trips together during their three years of living in the same apartment, he would always belittle her for being so dramatic about having to go back to the U.S. “You’re acting like a spoiled brat. You think you’re better than all your countrymen or something? That you deserve more? I got news for you, you’re one of them. And you wouldn’t do so well without durable American plumbing, if living with you has taught me anything.”

Elaine could only mutter his anachronistic use of the word “countrymen” back to him in response.

His insensitivity about it had conditioned her not to complain of it anymore, to suppress her emotions about it whenever she was around him. But here, in this hallowed hall of the Musée des Beaux-Arts, all the melancholy she had repressed over being forced to “know her place” and live a life in the country she was from and doing the nominal labor associated with the corporate pall of said country came bubbling to the surface. She found herself, embarrassingly, crying in front of a painting of “La Madeleine en extase”–so cliche, she couldn’t help pausing to note to herself. And the more she stood in front of it both thinking and not thinking, the more she had to reconcile that to go back to America would be the final death blow to any remaining trace of her soul.

He couldn’t understand how it happened. In one instant, he was decrying them as harlotous Jezebels, and the next he had, despite his initial protests about needing to attend to the luggage, found his body, of its own volition, rising from the bench and following them like they were his collective pied piper. He took the phone from the ringleader of the group, did a round of photos, then proceeded to do the same on the additional three girls’ phones as no one trusted the other to actually send them all the shots in a timely fashion or in their true entirety for the utmost options.

So it was that by the time he turned back around to monitor the well-being of the luggage left in his care, he was too late in his vigilance. Every item had been plucked, and just as Elaine so happened to be descending the stairs with a horrified look on her face, directed both at the missing items and Sanders’ stereotypical male behavior toward young girls. Of course, Sanders reasoned, looking up at the invisible gods that surely had to be laughing at him at this very moment.

After Elaine processed what had happened, that his recklessness had been for the purpose of masturbation material–that he willingly chose to lose all their worldly possessions thanks to his penis–she continued running down the remaining stairs of the hill, in the direction of the train station, Sanders guessed. They were to catch the 16:45 to Paris so that they could make their flight back to New York the following evening. He called after her feebly, which seemed to make her run all the faster. With her things gone–the corporeal embodiments of her ties to a meaningless existence in America–and the revelation that Sanders was not a man of sound character, she was, in fact, not running to SNCF but to the nearest agence immobilière, where she would spend any and every last penny not to return from whence she came. Starting over, yet again, and maybe for the last time, if the world would just leave her the hell alone already. So no, she wasn’t upset, not really. Sanders losing all of her prized valuables (including a recently purchased négligée from Agent Provocateur, bought in the throes of thinking the thrill of vacation sex could be replicated back in their apartment) was really just the catalyst she needed. Or rather, the demande de photo of those girls was. Female solidarity at its roundabout finest.