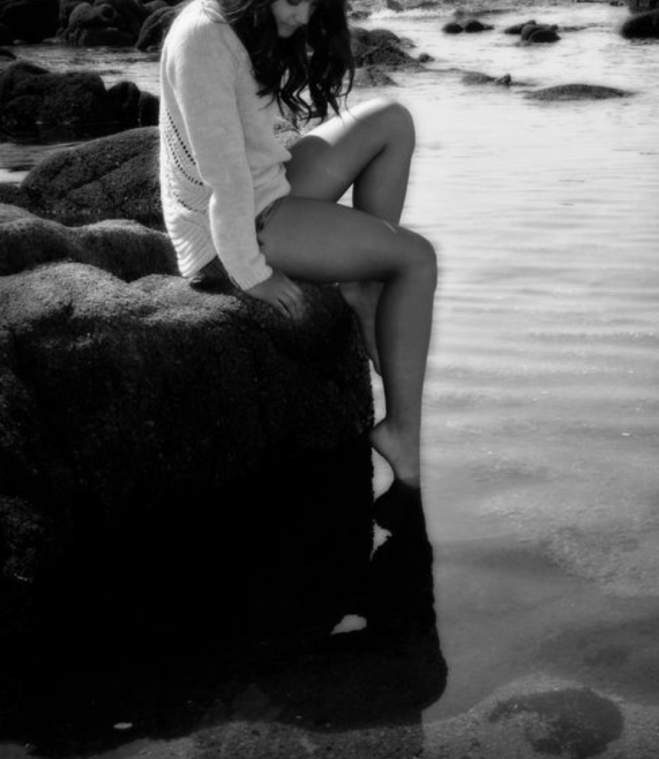 Cagnes-sur-Mer. It wasn’t necessarily at the top of the list of French Riviera towns compared to, say, Nice, Antibes or Cannes. But it did hold water (no pun intended) for being the final resting place of Pierre-Auguste Renoir. This fact often evaded Gustave, who could never understand what attracted so many people to the town of his birth, the one he yearned all his life to escape but never managed to. He tried to once. For Paris, naturally. Saved up just enough to give him time to find an under the table job as a waiter at what was arguably the most cliche bistrot in the fourth arrodissement. It made him pick up English real quick to be around so many Bermuda shorts. The eternal sartorial choice of fat Americans. But apparently that fatness was a signification of wealth, for they were never shy about tipping at this restaurant, as though to prove just how culturally unaware they were about how the service industry worked in Europe.

Regardless, he still couldn’t manage to keep himself afloat in the City of Light. The rent was all he could ever afford at a staggering eight hundred euros for what amounted to a room with a toilet in it. He was beginning to yearn for the openness and picturesqueness of the Côte d’Azur. And he hated himself for it. Abhorred that he wasn’t as strong as he thought. To further compel him to leave within six months, he wasn’t having much luck with women either, which was at least seventy percent of the incentive to flee Cagnes-sur-Mer, a locale he felt was filled with preeningly provincial females. As it turned out, he was provincial too. And had the poverty scale to back it up. For no woman appeared to want to go out with someone bearing his specific “aesthetic.” Tattered clothes, unkempt beard and an unshakeable scruff that shouted, “I can’t afford to take you anywhere!” The more they ignored him–even the ugliest and plumpest of them–the more enraged he became. They were hypocrites all, wailing and whinging about equality but not actually wanting to put into practice what that would truly mean for their bank accounts. Granted, maybe he wasn’t taking into account the alleged wage gap but he still didn’t feel it excused the entitled behavior of Parisian pussy.

It was thus that he packed his sad and scant belongings into the single suitcase he had come with and departed for Cagnes-sur-Mer at the beginning of May, just as tourist season was picking up and he knew he could secure work at one of the hotels or restaurants. And, of course, his mother was all too happy to put him up while he continued to sublet his apartment for extra income, having saved absolutely nothing in Paris. At the very least, he could lay claim to having seen the Mona Lisa in person. She was a disappointing bitch too.

It was in this state of extreme depressive contemplation that he roamed the shoreline, walking toward a more deserted part of it in the middle of the day after being both disappointed and relieved to have been hired at the Hôtel Le Saint-Paul, one of the more luxurious hotels in the area despite not being “on the water.” He took its far-ish proximity as a chance to slowly make his way to the sea, the only thing that could help him cope with the ruin of his life being to watch the waves crashing as recklessly to shore as the chaos inside of him. He had given up on paying attention to women after so much conditioning in Paris. That is, until he laid eyes on a creature he imagined to be as lonely as he was lying amid a cluster of craggy rocks taking selfies on her back.

Mara wasn’t interested in meeting anyone just because she had come alone. In fact, most people who are alone tend to be because they want to, contrary to that popular belief that they simply are too shy. Or have too shitty a personality for others to abide. No, the loner is always spottable. But Gustave was not habituated to the concept of one. For it was still a decidedly American phenomenon. And even in that country it was rare. She could see him almost immediately out of the corner of her eye and instinctively bristled. She hated the infection of others. And it was precisely because she so intensely craved solitude that she could never seem to have it–the bulk of her journey throughout the French Riviera interrupted by some grotesque man who thought he was doing her a favor by talking to her. Gustave would soon prove no exception as he proceeded to infiltrate the bubble she thought she had distinctly carved out for herself. Not only that, but now she was forced to interrupt her photo-taking session for the sake of “propriety.” She couldn’t perform with another presence, after all.

He was slow to make his inevitable approach, making it all the more annoying, and thus leaving Mara a bit more time to peruse through I’m OK, You’re OK. Though the much poked fun at “dimestore psychology” book was long ago deemed irrelevant, Mara had taken it from a smattering of her mother’s things in the wake of her death. This book, along with a crystal perfume bottle and an ancient négligée, were the possessions she had managed to wrangle away from her other two sisters, more concerned with the house and the vintage Corvette than any such trivialities as these. But to Mara, the fact that her mother ever owned this book spoke to her. Made her think that there was something in it she could glean, if not about life than at least about her mother’s.

As Thomas A. Harris, M.D. sees it, there are four positions in life that occur in the dynamic between two people: “I’m Not OK, You’re OK,” “I’m Not OK, You’re Not OK,” “I’m OK, You’re Not OK” and “I’m OK, You’re OK.” Starting from childhood, Harris posits that the initial position we all innately take when comparing ourselves to ostensibly self-assured and powerful adults is: “I’m Not OK, You’re OK.” Strangely, however, Mara felt at her most “OK” as a preadolescent, when she wasn’t yet so irrevocably mistrustful of people and their precious intentions. Her skepticism and cynicism fortified at twenty-two, when her longtime high school sweetheart broke off their engagement and ran away with the spoon that was her best friend. A double loss that equaled a doubling down in never having faith in humanity again. She was fine with it at this point, now twenty-nine, content to roam the planet alone if others like Gustave would just fucking let her. But of course, they wouldn’t and Gustave was soon ready to swoop in and open with the oh so original line, “I’m alone, you’re alone. Maybe we could be…alone, together?”

She sighed heavily, using every fiber of her being not to pick up a medium-size rock and bludgeon him with it. Instead she glared at him and returned, “I’m OK, you’re not OK. It’s not my job to make you feel what you don’t.”

Her answer enraged him. He had just about enough of these bitches’ attitudes. Who did they all think they were to refuse him? He wasn’t unattractive, maybe even a little muscular compared to the average French wino. He didn’t deserve to be overlooked anymore and he would damned if he let this pathetic pariah be another one to brush him off.

“Look, I was just trying to show your very obviously rejected ass a bit of kindness. You don’t need to act the part of superior cunt when you’re the one who is an outcast.”

“Oh yeah? Good to know. Thanks for the kindness, but I’m all full up on ‘generosity’ for the year.” She concluded her sentence assuming he would take it as his cue to leave. When he didn’t for several seconds, she finally added, “So…can you go now?”

He was shaking with rage. “No. I don’t have to. I plan to sit down right here and watch the waves.”

Jesus Christ, she thought. Was there no respite for the lone wolf in the wilderness of this world? She shrugged and decided to hurriedly gather her purse and vacate the rock. But just as she turned to walk farther down the length of the beach to get away from him, she felt something warm trickling against her scalp. Before she could ascertain that it was her own blood, she was lying sideways, her cheek against the sand, her limp body akimbo with the copy of I’m OK, You’re OK open to the page that read, “Three things make people want to change. One is that they hurt sufficiently. They have beat their heads against the same wall so long that they decide they have had enough. They have invested in the same slot machines without a pay-off for so long that they finally are willing either to stop playing, or to move on to others.”