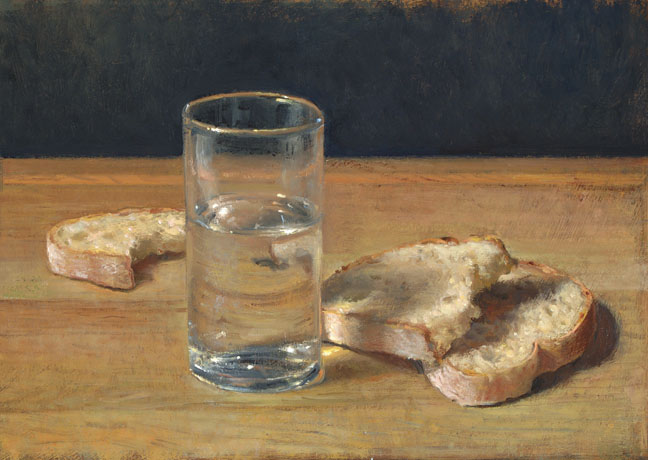 The proletariat sleeps till noon ‘cause fuck it, what else is she gonna do in this political climate? In this unending class war that only seemed to crop up again in a more insidious way after the French Revolution. At least in that century, the lines were clear. People knew it was inane to bother trying to improve their station in life which, one reckons, is part of the reason why fairy tales of a pauper girl marrying a prince became like porn that the poverty-stricken couldn’t get enough of before the advent of Molly Ringwald-starring John Hughes movies as a replacement. Maybe even the rich themselves reveled in the predictable third act ending of these narratives, likely believing the destitute might be freakier in bed. Or at least more docile. Alas, the proletariat isn’t rich enough to have the time to work on being experimental in the boudoir. Intensive study of the Kama Sutra is, like everything else pleasurable, a rich man’s game.

The proletariat sleeps till noon because she is tired. She is aching. She has nothing left to give. She wants to know, just once, what it feels like to be decadent. Then again, who is she kidding? The entire reason she has free time–therefore is broke–is because she does not work. At least not anymore. Cannot work even if she really wanted to. For no one is offering much in the way of scintillating bitch work. One supposes it would defeat the purpose of being bitch work if it were scintillating. Strangely, those who fall into a higher income tax bracket have a job title that connotes equally as mind-numbing tasks, it just so happens that these tasks require a designer suit and a close shave. The manicured appearance that the bourgeois gentilhomme inherently possesses as a result of being born into wealth. The only thing that can genuinely make a person look presentable in this life. Well, the proletariat was not presentable. Nothing of the sort. Not with her matted hair and grease-caked face and body from lack of regular washing. Who would possibly employ her to do anything other than manual labor that didn’t require her to be seen by people other than her own fellow oleaginous kind?

The proletariat sleeps till noon because it’s easier to exist in the realm of the dream world than the one in which she is a shill, a nobody. A body for hire with no personality. Not worth taking the time to get to know beyond the stock questions of “Do you have a handicap?” and “Can you operate heavy machinery?” Are the two answers mutually exclusive? She dreamed of escaping to a land where class did not exist. But the only such land would not permit her the fulfillment of buying a pair of fringe cowboy boots. The proletariat still had material desires, after all. She was not above being a human whose mentality was cultivated in the Western world. Even those not in the Western world wanted expensive, unnecessary products. That’s why so many of them were fleeing from or rioting in Eastern Bloc and Asian countries. They all just wanted to be another cowardly consumer like the rest of us. Seeking to attain the impossible through acquisitions: comfort. But life would never be comfortable as a proletariat, no matter how one tried to convince herself. She would always be a spurious act in the eyes of the truly wealthy. The bona fide bourgeoisie, laughing behind the proletariat’s back for actually believing there was such a concept as becoming “upwardly mobile” without being shot out of the right vaginal canal.

The proletariat sleeps till noon because she has nowhere else to be. No job to keep her quelled and complacent. To take up all of her time so that she can never be reminded that the life she is living is that of a comatose being. She’ll take her own coma, thank you very much. And it will be one that doesn’t involve two-penny an hour labor (for that’s what any amount under forty dollars equates to when trying to live large in a city that’s worth a damn). But instead, endless languishing, occasional self-fingering and subsisting on a dangerous amount of sleep to ignore the fact that she’s hungry. The proletariat is so fucking hungry. And the remaining bread in her cabinet is getting increasingly stale (just like the rigged system itself), while the water from her sink looks as unpleasant as the hand she was dealt to lead her to this room where she sleeps now always till noon.