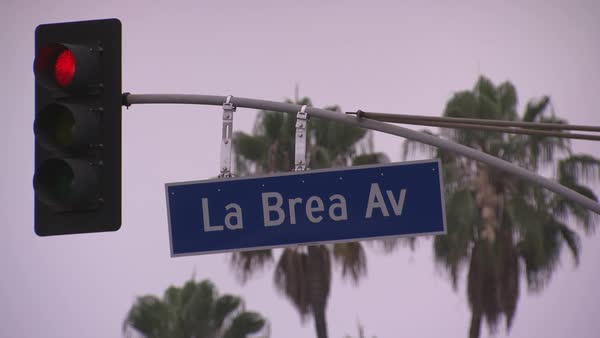 One of the running jokes in L.A., no matter how much it changes, is that the directions people give (back in the days when directions were asked of other humans) always boil down to, “Just go up La Brea.” Sort of like when the French say that something is “tout doit.” Until you find yourself walking right into the Seine if you’re obedient enough. Or, in L.A.’s case, driving right into the tar pits. Indeed, few seem to realize that la brea means tar (hence the redundancy of calling it the La Brea Tar Pits—so the “Tar Tar Pits” when translated). Ellie took a sick pleasure in knowing that tourists would be capable of doing just that: crashing through the gate and right into the tar in order to stay the course of the essentially monosyllabic directions she had given.

It was surprising to her that people still had the zest for life to actually pull over, roll down their window and ask her for advice on how to get somewhere. Most were wary of trusting pedestrians in L.A. There was something inherently “seedy” about them. Like you knew they had to be the brokest of the broke to not be able to get some kind of cheapo monthly payment plan for wheels of some variety. But Ellie looked objectively “put together.” Like someone who knew where she was going and had lived in the city all her life. Which wasn’t entirely true. She had been born in L.A., at the St. Vincent Medical Center (recently absorbed by some other medical conglomerate), before she was ripped away from it by her parents. For her father had landed a certain teaching job, so they took her to the odious East Coast, where pomposity and gray weather reigned supreme. She ran as far and as fast from it as she could when she turned eighteen, getting accepted into UCLA as a Design and Media Arts major. Which just meant, ultimately, she would find employment as a graphic designer, probably the least artistic profession there was once you got paid for it. But, as they say, it’s a living.

After graduating, she toiled away in other people’s shitty businesses before breaking out on her own as a freelancer and consultant. The most important thing was that she had the money she needed for clothes. Clothes were the thing, you see? That saying, “Clothes make the man” applied just as much to women, if not more. Ellie believed part of the reason people found her so trustworthy as someone to ask directions of was because of how she dressed. It was with obvious care and concern, as opposed to the California trope of slapping shorts, flip flops and a t-shirt on and taking to the streets. She appeared to be someone, in short, who knew what she was doing because there was about her an air of meticulousness. So when they stopped in their cars—these tourists or these “passing through the area” types—Ellie grew less and less shocked, realizing there was an aura of authority exuded by her appearance. One that wasn’t without merit, as she did know L.A. like the back of her hand by now.

But you didn’t need to know it intricately to pass on the old adage, “Just go up La Brea.” The trouble was, people tended to get confused by the fact that there was an N La Brea and an S La Brea, signifying, in the end, one giant La Brea. Yet human beings tended to fuck up the simplest directions most easily. As though they couldn’t believe that anything should be so effortless. Even though L.A. was supposed to be beheld as a beacon of “the uncomplicated life,” it somehow escaped the driver in control of the situation (as he was manipulated by his passenger[s]) that the town could provide such foolproof geography. And yet, if Ellie ever tried to add in more specific flourishes like “north of Wilshire” or “south of Melrose,” she could see the travelers clam up and look at each other awkwardly, not wanting to admit that they honestly had no idea what she was talking about. Ellie never pressed them further about whether they understood or not; her talking to them at all was already a gift in and of itself.

She would give them a wave when she was finished with her directional counsel and continue walking up La Brea herself. At Beverly Boulevard (or West 1st Street, if you prefer to get extra technical), S La Brea metamorphosed into N La Brea and it was an entirely different ball game (not that Ellie ever bothered with Dodger Stadium). Ellie enjoyed observing this palpable shift on foot far more than she did in a car. And, in case you’re wondering, the reason she never drove anymore stemmed from being in a horrific accident. One during which her boyfriend, the driver, ended up impaled on the pyre of a truck’s fender. So yes, you might say she was rather averse to vehicular transportation. She still got flashbacks every day even without being in a car, so she could only imagine what it would be like if she actually dared to get inside of one. In some ways, walking up and down La Brea was how she relived her trauma, something she felt obliged to do in order to preserve his memory. She never thought of his name now. He was just The Boyfriend Who Died. She knew in her heart that they were going down the engagement track, but he never got a chance to ask. Maybe that was for the best. It was less tragic to say her boyfriend was killed before her very eyes than her fiancé. Or so she told herself.

Whenever someone in a car pulled over to talk to her, their first question—whether they were asking for directions or trying to pick her up (literally and metaphorically)—was always: “Why are you walking?” This meant, of course, what Missing Persons had already announced long ago: “Nobody walks in L.A.” If she was in a particular mood, she would give them all the gory details of why—how it traced back to her boyfriend’s gruesome demise, four years ago now. That would usually get them to skid away. If she told them something else, a “prettier” lie, it would also be “off-color”—anything to get them away if they were deemed sexually predatory in her eyes. And yes, it was surprising to her that she had to be more worried about the cars on the road harassing her than the other pedestrians on the sidewalk, real dregs and weirdos even by California standards. But she learned the art of walking the streets of L.A. quite quickly as a means of self-preservation. She knew how to scare others more than they scared her. Growling helped. So did randomly roaring. You’d be amazed at how jarred people get by the sound of another human making an animal noise—even if humans are the most savage animals of all.

She spent her entire life walking this trajectory; back and forth, up and down. She put Forrest Gump to shame, to put it plainly (even if she wasn’t running). Until finally, so much time had gone by, that she reached a point when she was approaching full-fledged senility. Walking was already more difficult with a cane, but because of her compromised memory, she would get lost more frequently, having no clue as to her whereabouts. The script had been reversed, and she was now flagging cars down to get directions from them. Every so often, she would encounter a true native who would smile at her and generously inform her that the best approach was to, “Just go up La Brea.” And with those words, it would all come back to her. She would be redirected and rejuvenated—knowing exactly where she had to go in order to get where she was going. L.A.’s geography wasn’t so arcane, once you got to know her, or once you drilled this key, city-specific proverb into your mind.