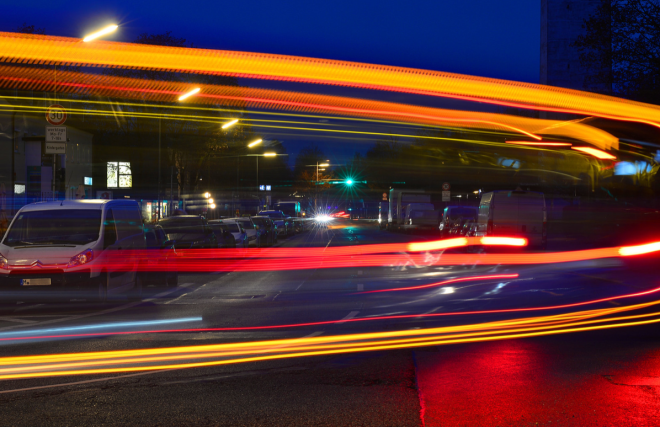 Their relationship was not to be comparable to Cécile and Anne’s in Bonjour Tristesse. Mainly because Frieda, the Cécile in the permutation, would never respect Angela even if she did drive off a cliff, forcing Frieda to realize her value. Truthfully, the only thing Angela could do for Frieda that would be “of value” would be to stay the fuck away from her father. But somehow or other, she had sunk her claws in more deeply than other women of the past. Frieda was old enough to know that “sex” had something to do with it, but no clue as to what sex acts might possibly get her father to be more interested in Angela than his own daughter.

Friedrich, whose name had been calculatedly passed on in feminine form to Frieda, was usually a stern, resigned man. Particularly after the death of Frieda’s mother, Wilhelmina. She was killed in a garden-variety terrorist attack. At the wrong place at the wrong time, she had been mowed down by a van that sought to cause as much destruction and mayhem as possible. That it did, for the Müller family. Or rather, what was presently left of the Müller family. Friedrich never imagined he would start dating again, but, lo and behold, after only a year, he found himself succumbing to the temptations of staving off loneliness. And nothing did that better than a woman’s touch, as far as he was concerned. Though he was perfectly aware that lesser men got their jollies from more sordid business, like mass murder. Cutting up girls rather than cutting them up… with laughter.

And Friedrich found it so easy to laugh with Angela. Which was quite the relief after a series of outings with surly, sourpuss women who didn’t seem to know the first thing about humor. Maybe it was because they were all German, whereas Angela was an émigré from Northern Italy, who had come to Munich to take a job at Flixbus as Business Development Manager for the Italian market. Although she would have preferred to remain in Milan to do this job, Flixbus’ next best “hub” was Munich. A fact that now seemed like nothing more than an open-and-shut case of fate to Friedrich. To Frieda, not so much, as she started reeling from the continued appearance of Angela at their home well after the usual expiration date of other women. It was beginning to unnerve her. At thirteen years old, she had cultivated a social life of her own, but that didn’t mean she was willing to surrender “Daddy” to another just because she was getting “too old” to hang around him all the time.

While, sure, she should want Father to be happy, it irked her to no end to think of him spending time with Horrible Angela. Horrible because she was replacing Frieda as the apple of his eye. Frieda didn’t want that, though she couldn’t account for the jealousy Angela had stoked within her without acknowledging that there must be something sexual in it. An innate competitiveness that apparently existed within all daughters regarding their father’s sexual partner. Yet somehow Frieda believed that if her mother had stayed alive, she wouldn’t feel this rage and resentment pulsing throughout her body every time she thought about Friedrich with her. No, it was something about the idea that this woman was not her mother that contributed to the unshakeable contempt she felt. So much, evidently, that when Friedrich requested they all have dinner together one night, she shuddered in reflexive disgust.

Luckily, his request was made over the phone so that he could not see her true reaction, instead taking her at her word when she said she would “love to.” Although Friedrich and Angela had been seeing each other for almost six months, Frieda hadn’t been forced into many dealings with the little harlot, apart from those errant run-ins at the house. Otherwise, Frieda was usually at school or off with friends, making it easy to avoid Angela, therefore the reality that her father was falling in love. Something she knew must be true if Friedrich was making such a to-do about going to dinner together. But better that it should be out than at their home, forcing Frieda to do all she could not to stab the woman with the benefit of a private space. In public, however, she would be forced to remain on her best behavior. If by “best” what was meant was total and deafening silence.

Obviously, this made Angela increasingly uncomfortable as she did her own best to draw Frieda out by talking… ad nauseam. Going into full-tilt motormouth mode as she came up with all manner of bullshit to spew, to the point where Frieda was almost tempted to respond just to get her to shut her gob. But when Angela brought up, in her desperation to find a subject that might interest Frieda, how she had almost been hit by a bus on the way to meet them at the restaurant, Frieda did actually perk up and was unable to resist replying, “So you’re saying that in a parallel universe, you’re actually dead?”

That got Angela to cease being animated altogether, as though it really tampered with her entire worldview to think in such terms. “Um, I don’t… I—”

Here Friedrich was sure to cut off Angela so that her head wouldn’t explode over the crass question his daughter had asked. He chastised, “Now Frieda, what kind of question is that to ask someone? It’s very insensitive.” He turned to Angela and added, “I’m so sorry, Angela, and I’m glad nothing happened to you on the way here. I couldn’t bear the thought not only of you being dead, but that it might have been because of me.”

Angela blushed. “Oh no, it wouldn’t have been your fault, just my own carelessness. I always seem to have my head in the clouds.”

Frieda chortled and then muttered under her breath, “Why don’t you take your body there too?”

Friedrich glared at his daughter, mortified by her rudeness. He turned to Angela and said, “Excuse me, would you mind if I spoke with Frieda outside for just a moment?”

Angela nodded and said, “Of course not, but hurry back or I’ll eat all the appetizers.”

Frieda rolled her eyes, following her father out of the loud, overcrowded space and into the perhaps equally as noisy night.

He led her to the edge of the sidewalk and then faced her directly with an ominous stare. Frieda asked mock-innocently, “Why Father, what’s the matter?”

It took everything within Friedrich to resist backhanding her right then and there. Instead, he demanded, “What the hell are you playing at in there? Why can’t you be at least cordial to the woman? Not even ‘nice,’ just cordial.”

“I don’t think that suggesting your elation over her near-death was being that, no.”

Friedrich took a deep breath as he put his hand to his temple in an attempt to compose himself. In the end, he flipped his lid anyway and shouted, “No, you ungrateful bitch! Just be fucking decent to her! I’m going to ask this woman to marry me.”

That last statement is what absolutely floored Frieda, far more than her own father calling her a bitch. So upsetting was this news, in fact, that she abruptly started to run across the street to make her way back home when she was, all at once, rammed into by a bus going at the speed of roughly sixty kilometers per hour.

The vision of his daughter’s flattened remains on the street was enough to shock him right out of any “loving” feelings he formerly had for Angela, who he now blamed for the entire incident. Because, in a parallel universe, Frieda was still alive—and it was Angela who ought to be dead, having been spared earlier only so that a bus could take Frieda’s life as recompense for the “destiny imbalance.”

Back inside the restaurant, Angela took note of the patrons gawking out the window as she, too, went over to see what all the commotion was about. Seeing Friedrich huddled over the pile that used to be Frieda, she ran out just in time to overhear him wail, “Oh Frieda, I was such a fool to ever choose any woman over you.”

Now forever stuck with the memory of his last words to his daughter being that she was an ungrateful bitch, Friedrich did everything he could to make restitution for what he had said, how he had acted. He paid for the most expensive burial package, complete with a 14-karat gold coffin and an ornate gravestone, engraved with the epitaph, “Darling Frieda, Most Beloved Daughter.” It was simple, but conveyed what Friedrich wanted to say. What he should have said in life but was foiled from doing so in his vile bid to appease the appendage that ruled all men’s minds. That is, until sobering tragedy struck.

And yet, the emotions tied to memories of such tragedy start to fade after long enough. When the appendage hasn’t been appeased. Which it hadn’t been for at least the same amount of time as Friedrich had previously been dating Angela… Angela. Perhaps he had been too hasty in casting her aside. Plus, if anyone could understand the trauma he was going through it was her; she had witnessed to the entire grisly affair. Maybe it hadn’t been right to place blame on her. It wasn’t like she was puppeteering the strings that made Frieda decide to run out into the street without looking. So Friedrich relented to his urge—the appendage’s urge, really—to reach out to her. “Just” to apologize for how he had behaved, that was all. He told himself.

After accepting his invitation to come over for dinner (dining in public places was now a source of PTSD for him), Friedrich was floored to find how much lovelier Angela was than he had remembered her. She was wearing a tight beaded black dress that accentuated her figure in all the right places and bared just a hint of cleavage. The sight of her triggered a sense memory in his penis that couldn’t possibly be ignored for much longer, try though he did to get through the evening without showing any signs of lasciviousness.

But Angela was so kind, so forgiving of his sins. She told him she couldn’t imagine what he must feel like or how she herself might have reacted in such a situation, and that she never possessed any ill will toward him, knowing somewhere deep down (she said these very words in a titillatingly seductive tone) that they would “communicate” again. At this very moment, to be sure, she was communicating quite clearly with her body language as she set her glass of wine down, moved closer to him on the couch and rubbed up against his shoulder. In that instant, all commitments to his erstwhile self-imposed devotion to Frieda melted away and he gave in, at last, to his true love—every man’s true love, as it were: carnal passion. In other words, fuck “honoring” Frieda’s memory. This was the universe in which Angela still lived.