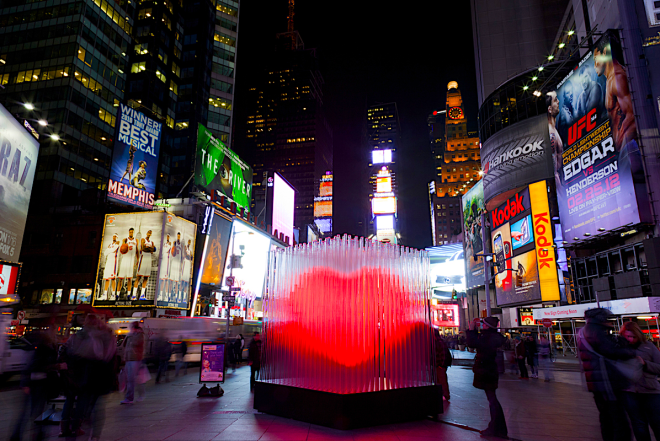 Posted on April 4, 2017April 4, 2017 by Genna Rivieccio Posted in Short StoryTagged fiction, genna rivieccio, literary bitch, literature, new york, new york city, new york is over, nyc census report, short story, The Census Says New York Is Over The Heart Says Bleed For It Till You're the Last One

In a recent census report, data revealed that more than one million people have fled from the city of New York since 2010–the most marked exodus from the city on record. 2010 was the year Violet moved here. She found that rather a comical tidbit as she read this piece of information on her way to Private Eyes in early 2017 from The New York Post (no, she wasn’t ashamed that she gleaned information from it). What was it about her that always gave her this innate sense of bad timing with regard to swimming with the horde? It had happened to her twice before as well, once when she moved to L.A. at age eighteen, and another when she had moved to Europe at age twenty-three. Five years spent in the former and two years spent in the latter led her at last to New York City apparently right as it was starting to funnel out.

It didn’t feel so empty back then though. There remained an excitement and energy to it that couldn’t be described or quantified. But maybe that was just because it was all still new to her. After all, anyone who had been living in New York in the 50s, 60s, 70s, 80s or 90s (essentially at any pre-2001 point) would balk and/or outright laugh at Violet for feeling like NYC still had any form of “it” quality in 2010. But to her, it most certainly did. Roaming the streets like the last ragamuffin, she found entertainment and frenzied commotion in everything from the corporate chains to the final vestiges of East Village anti-establishment culture (what amounted to a patch of Saint Mark’s).

As she sought to build herself up anew in a town where she had zero connections, Violet found that it wasn’t so difficult to make them so long as she was willing to infuse her body with a touch of the drink wherever she went. It was at B-Side on, where else, Avenue B and East 12th Street, that Violet made her first long-lasting contact: Leland, a surly sandy blond-haired Londoner in his mid-20s. Then. Now, he was an even surlier, somehow blonder bloke in his mid-30s. But Violet only loved him all the more. Indubitably, Leland returned her love in that annoying, platonic sort of way that brushed her own affections off as “sisterly.” And so she often tried to distract herself with a number of others in her rotisserie of men, the way Leland did with his harem of women. But it didn’t work quite as well for her as it did for him. He was in it for the purity of the distraction, whereas she was only using it as a means to distract herself. That’s the thing with diversions, you can’t contrive them, they just have to happen–otherwise it will still feel hollow.

As 2013 rolled around, Violet gradually started to “get her shit together,” as people say when referring to letting go of such fanciful notions as drinking on Mondays and waking up past eleven. She even started seeing less of Leland, who had not given up on his commitment to a life of pleasure. That was the benefit of having a trust fund, she supposed. Violet, on the other hand, succumbed to the cubicle. Some job that involved customer service, directing and redirecting people’s calls and all that sort of rot. It paid $15 an hour and afforded her an $850 a month room off the Graham L. Though Leland lived close enough on the Lower East Side, she saw less and less of him, eventually losing touch altogether. Or rather, he simply stopped responding to her. She was square now. She didn’t know about life on the fringe anymore. Or this is what she imagined Leland thought about her now.

In 2016, she quit without a plan. Merely concerned with freeing herself from the trap she had set for herself. She had no savings in spite of the three years of her life she had surrendered. That was the curse of New York, the literal price one paid for access to never-ceasing amusement. And yet, it had been so long since she was able to experience any of said amusement thanks to her job confinement. She couldn’t have been more ready to return to the life of the street urchin, even though she was now thirty-one, and it definitely wasn’t acceptable. Luckily, she didn’t look as worn down and used up as most people who had been in New York for longer. That was the one profit of working an office job: being able to afford expensive moisturizer like Shiseido. She would have to use the latest jar she had bought more sparingly. It would be a long time before she could afford it again, if ever. She had other pursuits now. Not really standup comedy, like it used to be when she first moved to the city, so much as a desire to be an “entertainer” of some sort. She didn’t know what that entailed, maybe ultimately stripping.

And so it did, as she soon discovered about three months later when she had secured a job at Private Eyes in Midtown. She was the only non-Puerto Rican/non-Dominican dancer there, and she got plenty of flak for it. Especially from one dancer named Trixxi Kiddo, who felt threatened by the fact that Violet’s whiteness would make her some sort of novelty at the club. Turns out though, men really aren’t that interested in white women, least of all their body type, and gradually Trixxi told the others to back off their harassment of Violet.

Life in the strip club went on rather monotonously for Violet, dancing to Taylor Swift’s “We Are Never Ever Getting Back Together” here, or “Blank Space” there (she wanted to bill herself as the ultimate gringa, after all, which is why her setlist was so Swift-heavy).

It wasn’t until one late summer afternoon at the end of August that she was, for the first time, taken by surprise by something that could happen to her at Private Eyes, which was that Leland would stumble into it drunk with a crack whore on his arm. He looked just the same, in spite of a slightly wizened aura. And her immediate instinct told her that he would not recognize her.

However, as he barked at his date to get them a drink from the bar before they sat down to watch the “show,” the light in his eyes sparkled at the sight of her in a black lace thong and white tassled pasties (she was still a classicist, you see). Her performance of “Shake It Off” was getting all off, askew in its choreography. Unfortunately for Violet, the manager was watching from afar that day, and had Leland not quickly asked one of the other girls for a lap dance from her, she might have been sacked.

Escorted to the couch at the corner of the room, Leland smiled as Violet rubbed herself all over him, an opportunity she never in her life thought she would get an excuse to do. He seemed genuinely titillated by her at first, even discreetly pulling off her pasty without getting chastised by management.

Then all of the sudden: “Why the fuck are you still holding onto this place? It’s an actual shithole. There are so many other places you could go that offer the same thing, but the weather is better and the living is more affordable.”

Violet stopped cold for a moment. Only a few months later would she unearth that the census must be right if even rich boy Leland was “over” New York and all its associated travails. He who had it easiest out of anyone.

But still, Violet danced, sticking her posterior right in his face. And would continue to let her heart bleed until she was the last one. She would dance for her city until the final gasp of her very humanity, which most would argue had left her body the day she moved to New York.

One thought on “The Census Says New York Is Over, The Heart Says Bleed For It Till You’re The Last One”