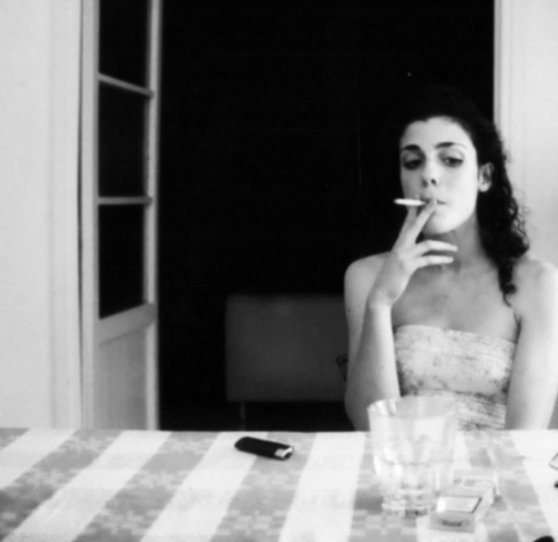 They say if you want to know why a man is filled with opprobrium, look to his upbringing–the people who reared him, or allowed him to rear himself as he saw fit. In Leo’s case, it was the free rein he was given by his absentee father, Lucian Joyce, the head of a major American association that, to give one some hint at the irony of Leo being so mentally unstable, pertained to psychology. As such, Lucian, his overbearing mother–Leo’s grandmother–and Leo were based in Washington, D.C. thanks to this certain association being headquartered there.

The only reason Florence had ever had the misfortune of encountering Leo and subsequently being ensnared by his faux charms was a result of their mutual attendance at a university that one might call the Macy’s of New York educational institutions in that it has its hands–well, tentacles–in just about everything (advertising most noticeably) and seems to have endless reserves of cash flow in spite of everyone rather hating it.

Leo was a forward sort of person with an arrogance unbecoming of someone twenty-two years of age. It was the type of bravado that only a boy of long-standing privilege could possess. And with such privilege always came an accordingly false self-importance, the perception that he was simply better than others. Florence could see this right away, of course, from her perch in the corner of their senior seminar course in creative writing. She should have known you can’t let a boy who claims to be a writer into your heart. It’s far too easy for any man struggling to find his place in the world–competing to usurp his father’s accomplishments but knowing he never can–to make this declaration. And when he does, his grasp on his own “prose” is usually even more inflated than the brand of writer that despises telling anyone that this is their preferred medium of creative expression. And yet, Florence soon got sucked into post-seminar coffee outings with Leo, who, for some reason, wanted her opinion on his work-in-progress manuscript. It would remain work-in-progress for all four years of their relationship and, Florence presumed, for the duration of any subsequent relationships either of them might have.

The premise, in spite of many reworkings, always remained the same: a son modeled after Oedipus seeks to take down his villainous cancer specialist father after discovering that he’s the one who has been poisoning the boy’s mother with pharmaceuticals under the guise of “treating” her condition. Florence didn’t have the heart to tell him it sounded more like a multi-episode teleplay for Days of Our Lives. She got the sense that he never heard much in the way of negativity from anyone in his life, and didn’t yet feel it was her place to be among the first to attempt shattering his very impenetrable illusions. She would lie in wait for that, as Leo liked to tell it to Lucian and Cecilia later on, after he had abandoned her in New York to return to D.C. and “briefly,” as he put it, help his father out with the business until he could finally get a publisher for his book. The one that would change the world and justify all his maltreatment of everyone who had ever foolishly believed Leo wasn’t merely using them for material.

Florence had been subjected to many dinners with Lucian in attendance in her day as “Leo’s wife,” as Lucian would grossly joke in a fashion unbecoming of a man of his age. His puerile “sense of humor” could be found in every man of “success,” who just wanted, at his core, to get people to believe that he was like any other commoner–to be well-liked, as it were. Florence wasn’t buying it, which, weirdly, made Lucian want to impress her as opposed to write her off. She found it somewhat bizarre, and said as much to Leo, who then relayed it to Lucian because there was evidently nothing the two could keep a secret from one another. This made things all the more awkward during their next “family dinner,” which took place at Boulud Sud on the Upper West Side, where Lucian had an apartment he refused to ever let Leo stay in. It made Florence speculate that Lucian probably kept a woman there–maybe even provided her with groceries once in a while–but Leo was vehement that Lucian wasn’t one for such base or cliche practices.

Lucian’s attempts to make Florence warm to him seemed, at this juncture, a waste of time, for Florence had already learned of Leo’s plans to return to D.C., giving very little in the way of notice or remorse. Florence, however, was beholden to the city of New York for the foreseeable future after utilizing every connection and favor she could ever pull to secure a position at Penguin Random House as an assistant editor, which might allow her to, one day, very far from now and in very much debt as a result of her sacrifice, transcend into an editor. One that could ruthlessly reject any manuscript ever submitted by the agent Leo’s father paid off. This job was the sign she needed to persist through the torment of this…city. Though hellscape felt a more fitting description for a place that took in its young and spit them out when they couldn’t handle working for alms anymore, looking haggard and shriveled by the age of twenty-eight.

For all of the times Florence had met Lucian, she had never been given an audience with Leo’s elusive, much talked about, much maligned grandmother, Cecilia. Cecilia Brevard of the East Coast Brevards, a family whose great tragedy in life was never having acquired quite as much wealth as the Joneses. Fittingly, Cecilia had never worked a day in her life, relying on the deaths of husbands for extra income. To Florence, she sounded like a character out of a Henry James or Edith Wharton novel (Wharton herself being a Jones). And with this looming preconception, Florence wasn’t exactly champing at the bit to ever arrange an encounter. Yet, ironically, it would be after Leo’s absconding that Florence would surrender to the final piece of the puzzle in understanding the falsely complex being who had become her ex.

Almost a year had passed since the end of the relationship, but Florence wouldn’t have felt right about not telling Leo that she was in D.C. for a book convention. Leo, delighted to hear from her, suggested that she finally come over to his father’s house to see where he grew up. Florence shrugged to herself on the bed of her mid-grade hotel room as she accepted the offer. Because, why not? They say don’t waste your time on the past, but often just as much time is wasted on the present.

Florence arrived in her best rendering of a “polished” woman: plaid skirt, opaque black tights and a white collared button-front blouse with a small breast pocket on the left side. To her dismay, Cecilia initially thought she was one of the cater waiters she had hired for this three-person dinner.

At first, it was just the two of them, as Leo and Lucian were coming back from “the association.” It gave Cecilia ample time to dissect what she later assessed as Florence’s “modest” background. It was, evidently, no source of wowing to tell a Brevard that you were from Detroit, had five brothers and sisters who all still lived there and that both of your parents worked for non-profit organizations.

On the plus side, Cecilia and Florence managed to find common ground through cigarettes. By the time Leo and Lucian showed up, the living room smelled like an ashtray–Cecilia’s only gauche indulgence, she maintained, was smoking inside. She insisted the skylight above them would dissolve most of the odor.

Leo rolled his eyes at the sight of the two of them. “Getting along famously already I see.” Cecilia, elated to have someone else in the world admit to smoking, offered Florence another one of her Marlboro Lights and croaked, “Oh Leo, she might be a smoker, but every woman has her flaw. Are you sure you made the right choice breaking up with her? I wouldn’t mind having someone to smoke with at family gatherings.”

Florence felt suddenly like little better, class-wise, than Ethan Frome. Lucian, at once eager to get to the table, motioned, “Come on Florence, let’s sit at the table for a glass of wine.” Answering when summoned, like the dog she must have seemed to them all, Florence obeyed.

About a bottle and a half of wine between the three of them and one plate of brisket and salad each later, Florence was no longer so self-conscious, nor did she care any longer if these people–the ones who “raised” Leo, for fuck’s sake–thought she was lesser than. She was, in fact, feeling so jovial and loose that she even saw fit to at last give her true and honest criticism of Leo’s book, in the present moment tentatively called Pharm Boy. When she had finished ripping it to shreds for its classic first novel syndrome of self-aggrandizement, unnecessary lengthiness and overly bombastic descriptions designed to prove that the author definitely went to college for this very purpose, Leo glared at her before he found the word he was looking for. The word that all male writers, no matter how “creative,” can’t seem to help avoid using in their vocabulary.

“Bitch,” Leo sneered as he stated it in a tone that placed particular emphasis on the iii. Lucian and Cecilia barely batted an eyelash at his visually and verbally manifested vitriol toward the woman he had once “loved.” Florence, in an effort to hide that the one-syllable affront might actually make her emotional enough to cry, lit a cigarette without asking. Taking a drag, she stared from Cecilia to Lucian. “So that’s it? You two have nothing to say about Leo calling a woman a bitch.”

Cecilia’s eyelids fluttered before she took a sip of wine. “Well, darling, if the polyurethane shoe fits…”

Florence emitted a plume of smoke in Leo’s direction. “Okay, I think I understand it all now. The backstory behind what makes you ‘you.’ I understand it, but I don’t accept it.” She stubbed out her cigarette onto what she presumed was the million dollar tablecloth before standing up to leave.

“Thanks for your hospitality. If I ever need someone to assist me in rearing a sociopath, I’ll be sure to come back.”

Shuffling from foot to foot on the overly manicured lawn, Florence brushed a strand of her brown hair out of her face as she turned back to look at the mansion one last time. Being a bitch wasn’t so bad, she smiled.