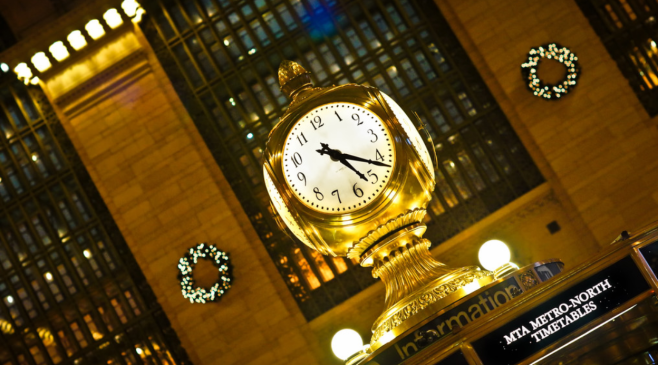 The missive came down abruptly, though not without some warning. He was to be in town for just one day, less than twenty-four hours really. I fell for the line, when he told me I was the only person he wanted to see while back for this brief flash. What a yarn. He always wove one. It was his specialty. Among somehow always getting me to put my legs entirely behind my head when he ate me out. It was as though he wanted me to work for my pleasure. To sing for my supper. Or was it more like to sing while he turned my vag into supper? No matter. I was still hypnotized enough by him–by our past–to come when he called. And call he did, at the absolute last minute.

Luckily for him, or I suppose, luckily for the universe’s thirst for laughing at mere mortals, I had freshly recovered from my hangover–emerged from the shower looking slightly less hollow inside. Or so I told myself as I draped my fur around my neck and put on some evening gloves to more fully detract from how tired I looked. I suppose I was tired. Tired of always running from my memories via the effortless means of the drink and its forget-me-now side effects.

The text came just as I was planning to leave the apartment anyway–granted, I had other plans in mind than schlepping to Grand Central on a peak travel day. Everyone was going to be there. Everyone and their mother–literally, of course. Or so I would soon come to find. I was surprised at how quickly I could arrive from the far reaches of South Brooklyn to Midtown. It was Sunday, to boot, the time when the MTA is at its most impetuous. Yet the subway ferried me to him with ease, as though it was looking forward to our reunion more than I was. Maybe that was the truth. Because in all honesty, I couldn’t seem to drum up any emotions over the “event.” Which it was classifiable as considering we hadn’t seen one another in two years. Two years which had most assuredly seen the muscles in my legs atrophy from not having to lift them over my head anymore. I suppose, in this fitness regard, I really missed Alessandro. Alex, as he had decided to go by these days. He felt his complete moniker was what was truly holding him back from making it in L.A. Because naturally, that’s where he had gone. Where all people who “hate” New York and/or have had their fill of it end up “starting over” with the same emotional bullshit that they think can be masked by “high-quality” drugs. Though I hear Europe is the new L.A. in terms of encountering NYC escapees.

I arrived not only on time, but about ten minutes ahead of schedule. He had told me to meet him in the food court, that we would have time to get Shake Shack and catch up a little before his train to Connecticut. That’s where he would be spending his Christmas with immediate and extended family. He was classic old money. Also classic in that sense in that he pretended not to have any. That he was struggling to make it on his own. But there was a reason he had been able to go by Alessandro for so long and only just now decide to change it. If he was poor, he would have altered it sooner as a test of his moneymaking abilities in acting. What’s worse (and gross), he wasn’t actually Italian, his parents had only named something of the bent because he had been conceived at their house in Portofino. I never could understand what his parents did. Though they certainly wanted me to know they were better than I was. Bandying their judgment and backhanded comments like a shuttlecock anytime I was forced onto the compound for holidays such as these. In many respects, they are the reason I hate Christmas, and any other commercialized “celebration” of “togetherness.” Four years of being conditioned to expect at least ten to twenty cumulative solid days of pure passive aggressive disdain a year was starting to affect my behavior toward Alessandro as well.

Were we ever in love? I couldn’t recall. It had all been marred by outside forces as far as I was concerned. There was never a way to strip back all the “extenuating” circumstances. His atrocious family included. The Cortlands. A lineage of “noble” blood, or so his father explained to me when I was bombarded by the sight of their coat of arms etched and embroidered on every inanimate object in the house. The wall that I always felt between me and Alessandro was largely reinforced by his prim progenitors, whispering things into his ear about how I wasn’t good enough and when would he get “serious.” I guess, in the end, he had to choose at least one serious thing for the two major aspects of his life: significant other and career. He chose to make significant other a more serious thing, I suppose, since we all know acting is almost as maligned as writing.

Yet he must have still felt an undeniable closeness to me to have been both comfortable and emboldened enough to reach out to let me know he would be in town, brief though it was. While he hadn’t solidified our plans well in advance, I knew that him “tossing out” his whereabouts at the “last minute” was more calculated than it seemed. Plus, in its own way, Grand Central had sentimental value for us. We would frequently get sloshed at the Oyster Bar on his (ergo his parents’) dime, talking of our dissatisfactions and our ideas, our notions for the future. I should have noticed that in all his notions of how it would be, he never seemed to mention me in it.

As I sauntered up to the clock in the center of it all, the one that serves as a meeting point for so many and where he had instructed me to go after announcing he would be unconscionably late, I could not yet see him. His face was still missing from the crowd, many dregs of which had gathered by said meeting point for more practical than maudlin reasons.

All at once, a hand was on my shoulder, whipping me around to see both him and his foppish forebears. “You remember my parents, Robert and Linder, right?” Oh how I remembered. As if he didn’t know. They were clearly one of the top three reasons we had settled upon succumbing to our written on the wall demise (the other two being Alessandro was losing interest in sex and New York, perhaps synonymous when you think about it).

“Yes, naturally, naturally,” I assured, unconsciously adopting a faux British accent in my constant attempt to seem “worthy” of their audience. I smiled with more waxiness than a candle as Alessandro proceeded to do all the talking. To give me a clipped summary of his life, his accomplishments, concluding with, “It’s been so great to see you, but we really have to run.”

Within a minute, the meeting was over. They were going to be late for their train. I wondered why they didn’t just take a private car, but then remembered that even rich people had to pretend to be economical now. Lest they get pelted with eggs on the street for having more money than everyone else. It used to be that wealth was something to aspire to. Now it’s just another characteristic to hate someone for, knowing it’s impossible to get to that level unless you were born into it or it is roundaboutly handed to you in some fluke fashion.

With the attack of the meeting over, I let the realization sink in. He never loved me. He only loved manipulating me. This was one more cruel act he could get in before being trapped in Connecticut with no one to fuck with other than old prep school friends. Left to grasp how he and his parents had duped me once again, I looked up at the clock. It seemed to be smiling, its hands spread in just such a way as to suggest mockery over having been able to waste my time in such a manner. I wondered if the Cortlands had paid it to look that way. I wouldn’t put it past them. In contrast to Buddy Hobbs, Christmas was the period they most went out of their way to make other people feel like shit.