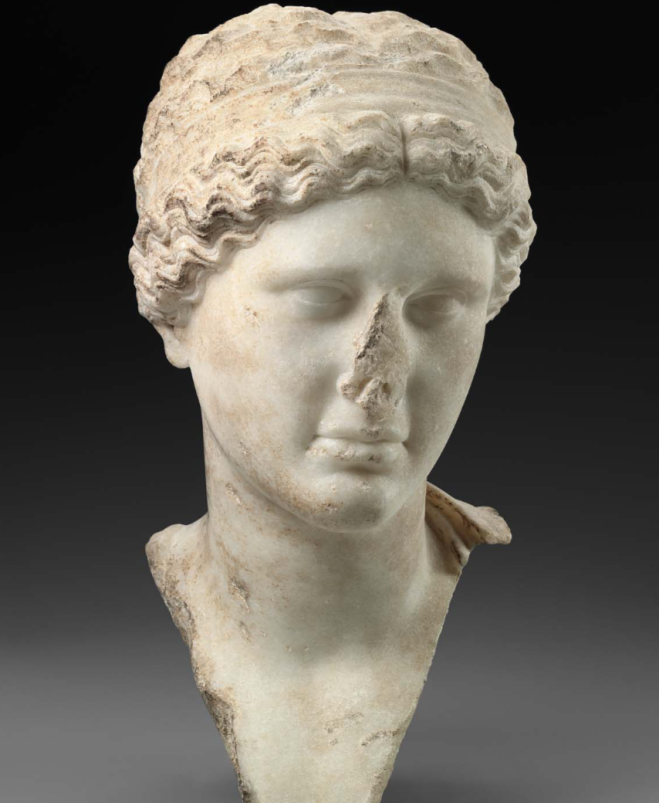 The origin of the term “cutting off the nose to spite the face,” like all of the best, most gruesome chestnuts, stems from the Middle Ages. It is believed to have come out of the legend of Saint Ebba, a Mother Superior who told her fellow nuns to disfigure themselves as Vikings landed on their Scottish territory so as to repulse these men from the thought of raping them, of taking away their ultimate gift to God: chastity. While I myself haven’t protected my chastity in years since my own raping, I do enjoy a good metaphorical mangling of the face. Not to displease any one person, per se, but merely to make a statement. To take a stand. Against who? I don’t know. Society? My parents? Anyone who ever tried to tell me I should live or be a certain way?

If I could trace it all back to just “one event” that led me to become this fetishist of the masochistic, I guess it would have to be, like so many life-changing events, on the playground. There I was, minding my own business by engaging in a solo game of tetherball–you know, just watching it spin around and around as I gave it one giant heave, unaware that I was already trying to exorcise my latent rage–when one of the more popular boys, Devon, approached me and declared that I wasn’t “allowed” to play alone. That if I continued to he would tell the entire school he caught me shitting in the field where we were twice a week–Tuesdays and Thursdays–forced to play kickball. I found it a bizarre threat and almost would have liked his style if I didn’t loathe him so much. I took one look at his expectant pose, pausing in my activity to really drink in the image of his true belief in having power over me, and felt something switch on within me. Maybe he even thought for a split second that I was actually going to “obey” him. I did not. I continued right on, causing the pole to quake and shake with the fury of my swinging might. I thought the tether might break right off.

Needless to say, the next day, word had traveled about me being the “kickball field shitter.” And because Devon was a popular white boy with a rich dad, even the school got involved. Going so far as to inspect the field for my “leavings.” Whatever they found was billed as mine, though I suspect a canine to have been the culprit. No matter, I was the scapegoat they needed. The rumor cost me both my credibility as being even remotely hygienic and what little respect my father had for me to begin with. My mother was too busy downing daiquiris at “clubs of the month” to much care. But Daddy. That’s where it all really starts, doesn’t it? In terms of a girl’s need to defy, defy, defy. Cut nose, cut nose, cut nose. And then wave it right in Daddy’s face. “See Dad, I’m destroying the creation that you created. You wanted me to be a certain way? Well I can’t, so fuck you.”

This included the announcement that I would be changing my name from Kayley, which did not suit me at all, to Zola (in honor of Émile, of course). Andrew–that was Dad’s name–didn’t take too kindly to that. Or the fact that I had started calling him Andrew while continuing to refer to Karen as “Mom” (though I honestly couldn’t see the logistics of having ever come out of her, not just because of her emaciated frame, but because of how non-maternal–non-emotional–she was). I knew I had to get out of there at any cost from the time I hit puberty. I count that as eight years old, when I was wowed with the thrill of “becoming a woman” a.k.a. spewing blood out of my vag once a month instead of my heart (I was always a walking open wound in that way). By the time I hit my teens, the desire was rampant. There wasn’t a moment that passed where I didn’t dream of running away. Of sweet escape. And this is where another major act of cutting off my nose to spite my face occurred. Leaving home in the dead of night at seventeen (just months away from getting a high school diploma) with no plan and no destination whatsoever. Naturally, this landed me in New York, home of lost souls and lost causes. Like the pursuit of art.

Which is, yes, exactly what I was attempting in my aimlessness and lack of “officially recognized” education. This was how I spent my days like Basquiat roaming aimlessly with a spray paint can in Downtown 81. It was pathetic and embarrassing–and even more so because I wasn’t very good at it. Though this should have made me an unequivocal success. It did not. I was practically chased out of every neighborhood by the territorial graffiti artists that had already been there for “months”–as though that established some sort of long-standing squatter’s right. With my “career” short-lived, I decided that perhaps it would be best if I got a real one: selling soaps at Lush. Or what I call Masochistic Act #4,898,532. It didn’t last very long, for my plastered on smile has a time limit. So I bounced around for what felt like ad infinitum. From this menial nondescript job to that menial nondescript job, to the point where I had collected many characters and many stories and, somehow, enough money to live in an actual place with four walls. It was when I had established that rare thing in New York–a life–that I wanted to commit another nose maiming by leaving. So I did. Packed my shit and left without telling a soul. Yet somewhere within me must have remained the abeyant resolution to return, for I sublet my apartment–at an upcharged rate, to be sure. How else was I going to afford my jaunt into the unknown? From the forests of Portugal to the beaches of Australia? Hopefully to the abyss of Antarctica if I played my self-flagellating cards right. But something happened to me one night when I was all alone in my affordable lodging on some Greek island, the name of which now evades me. I was, in a rare mood: vulnerable. So I called one of my better friends, Sunbeam (that was her California cult name, she told me, and she chose to keep it to remind herself every day of how what a fool she had been for joining). I confessed to her, drunk on too much mulled wine, that I was unsure about what to do or where to go next. That even I was tired of running, as much as it pleased my masochistic palate.

She said, “You should just go back to New York. It’s where you’re most yourself.” And with the simplicity of that statement, I found myself collecting my things and heading to the airport two days later.

It was not, in the end, cutting off the nose to spite the face, this return–even though NYC remains and will forever be the world capital of pleasure-pain. Because it made me feel something I never had before: settled, at peace. Like a body in a grave. And with hindsight I can now understand that it is my discomfiture in this town that makes me so comfortable.

I still haven’t told my parents I have a permanent address though. For fuck’s sake, I’ve only got so much cartilage left on my nose to cut from.