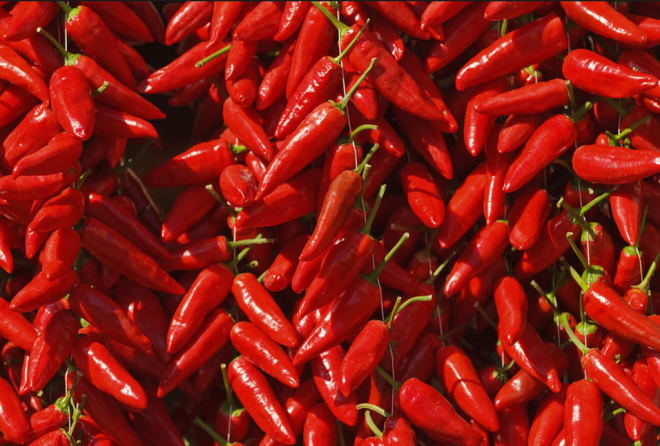 At long last, this dumb bitch gets her words out. And she is, most definitely, a dumb bitch. She can’t say pepperoncini, let alone fathom what it is or how it might spice up her motherfucking palate.

“I’m looking for it for my Super Bowl party–it’s what this recipe calls for.”

Who the fuck uses recipes anymore? I ask you. Women like this. She is plump and pasty and has slits for eyes. I can’t even fully ascertain what color her irises are. Whatever the hue–likely a muted brown–there are no gleams in them. That’s the mark of a true dolt–no life in the eyes. I guess it had been a while since I had seen anybody with any such indication of sentience. Even in my line of work–serving as a shill at a bougie grocery store–there seemed to be an alarming correlation between people being dumb and people having money. And here I thought you had to be somewhat intelligent to be rich. But no, turns out: not the case. Clearly. I graduated summa cum laude from Boston College. Just look at me now. Shelving excessively priced nuts and other assorted goods I’m told to. But yeah, primarily nuts. Pepperoncini is technically out of my jurisdiction, but it’s not like fucking Justin was going to know how to handle this woman. His whole gig was only dealing with the MILFs in the store, which meant he basically did nothing because MILFs were one-offs on the Upper West Side, consisting more generally of students, wannabe nouveau riche types and singular “New York faces” like Lady Gaga’s both before and after the plastic surgery. That left me, all too often, with people like Joanne. Joanne, by the way, is the stock name I give to every fat, cultureless swine with a vagina. It was only a coincidence that this unwanted allusion, again, somehow pertained to Lady Gaga–who had seen fit to open a “trattoria” of the same name nearby this very Fairway.

In any event, I endured Joanne, who, by the end of our exchange, introduced herself as Lynn. I guess my manner was just that fucking personable despite all the internal screaming that made me believe to the contrary. It was amazing the mask you could put on for minimum wage. Telling, really, of how little it takes to keep the human race quelled from rioting in the streets en masse as opposed to in concentrated parts of town at respectable hours for journalists to document. A few dollars a day keeps the commoners at bay. And I was one of them, despite all my best efforts. I suppose, at the very least, I would be working on the day of the Super Bowl as a means to avoid that true zenith of American stupidity, serving up a grab bag of the nation’s most grotesque traits all in a bloated four to five hour affair. No, no one would be shopping much in here during that block of time, their party needs already met. My reward for having to work the day before it, when dumb bitches like Joanne were teeming throughout the store. Slithering through the store like slimy little leeches needing to glom onto the perfect array of appetizer items to create the spread that would declare: our Super Bowl party is sophisticated–despite the fact that it is centered around the zenith event signifying idiocy.

I could tell Joanne really wanted to go all out for this retarded recipe she had likely found in the pages of Martha Stewart Living or Good Housekeeping–because, yes, I knew she still received hard copies in the mail. Would stake my sad life on it, in fact. So, as a testament to what a perfectionist I am in all things, even a shitty menial job such as this, I really took the time to pore over the different varieties of pepperoncini she might use to heighten the flavor of her final product. Should she go for something from the Capsicum annuum family or the Capsicum frutescens one? Or did she want the sweeter flavor of the peperone? Jesus, you would think Martha Stewart would have fucking specified. But no, that bitch doesn’t know what she’s doing either, just stumbled right into wealth like everyone else who seems to have a burgeoning bank account.

So I stood there, walking Joanne through every permutation of tastes and potential aftertastes as though I was working on commission. Because I really did want to answer her pathetic query: “What’s a…a…a…pep…or…ohn…see…nee?” She was just that pathetic to me as a human being that I felt it my personal responsibility to help her through her trying time of being anencephalous. If only my ex-girlfriend could see me now. She was a rich bitch, too. Always accusing me of being condescending instead of conducive whenever someone freely admitted to not knowing something they very blatantly should because, oh, I don’t know, they live in the fucking world. But no, it’s apparently more of a crime to shame someone for being dimwitted than it is to be dimwitted. And that’s how, by default, we’ve raised an entire country to believe that it’s okay to be mediocre. To barely get by on news soundbite knowledge alone as opposed to, say, maybe delving a little bit deeper past the surface of things. Alas, they’ve all been made to believe there’s no shame at all in “not knowing.” In buying into the false twentieth century adage, “There are no stupid questions.”

But, oh, how there are, and I could compile an entire tome of all the ones that have been asked of me at Fairway alone (people really have no concept of what food is when it’s not simply “bread” or “meat”–even in supposed cultural mecca New York City, where the denizens here get dumber by the day as well–blame it on increased “bro per capita rate,” I don’t know).

When I had at last finished my discourse on pepperoncini–what took roughly twenty minutes–Joanne actually wanted to suck my dick for being so “attentive” with her when, in truth, I was just trying to do my small part to be a good Samaritan in the rarely played gesture called “educating the rich.” No really, she grabbed me by the apron and whispered into my ear, “Do men still like blow jobs?” I was, as expected, horrified. There was not even a tinge of facetiousness in what this woman was suggesting to me. And her attempt at flirtation proved all the more that she likely hadn’t been in a position to give oral since the 90s when, patently, she thought blow jobs were at their apex of popularity. As though it wasn’t something evergreen in terms of demand, even in the presumed era of sex robots (I imagine the feel of a robot’s mouth to be too metallic to be pleasurable anyway–same with sex dolls re: that overall synthetic sensation).

Experiencing the lingering feel of her breath in my ear, I shuddered. And as I went the extra extra mile in taking Joanne up on her offer in the employee bathroom I discreetly escorted her to, that’s when it hit me: do not ever capitulate to imbeciles (who, by the way, can’t even properly give head) in their time of need, which is, arguably, at its pinnacle on Super Bowl Weekend.