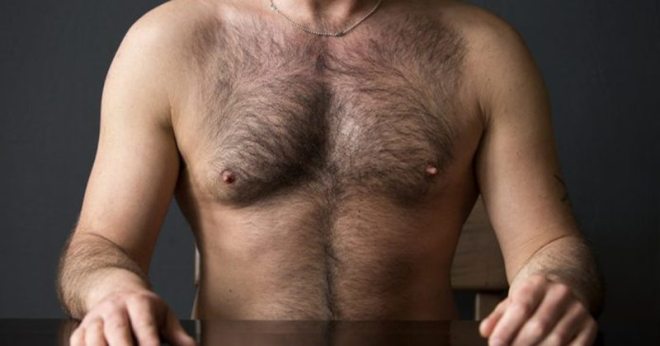 Spending the small hours of her days vacuuming was something she had gotten used to ever since moving in with Umberto. He was a quintessentially hairy Italian man from the Campania region. But when one says “hairy,” perhaps it can’t be imagined just how hairy. That his allover tufts of black coiled body hair could potentially put a wolf’s to shame. Elena couldn’t quite see this with his clothes on, when she first started to fall in love with him while visiting his native land, for he always wore black denim jeans and a long-sleeve henley shirt. He was clearly doing his best to mask his true identity in an attempt to bamboozle some unsuspecting woman like Elena that might momentarily look past the bizarreness of his sartorial choice (when worn in the summer) long enough to lose her head (which always comes after losing one’s heart) over him.

Of course, Umberto did his utmost to romance her to an almost parodic version of what is already generally expected of Italian men, driving her down the coast of the Amalfi here, taking her to candlelit moonlight dinners there. But his “pezzo di resistenza” a.k.a. “cavallo di battaglia” took place on a beach one night. Specifically a deserted one in Capri (save for an errant fat American tourist who might have simply just been wedged into the sand as a result of his weight and subsequently decided he might as well just take up residence right on that patch of sand). It was there that, delivering his final blow on how to overpower a woman with maudlin expressions of love inspired by 40s and 50s movies, he proposed to her. They had only met three weeks prior to this moment. But Elena, possibly influenced by the wine or intoxicated by the sheer absurdity of it all, instantly agreed, letting Umberto place the ring (one he had stolen from a pawn shop in his neighborhood) on her finger as she kissed him in gratitude, as though it was he who was doing her a favor.

As more weeks passed, it became clear that it was quite the opposite. For he began to make it overt in no uncertain terms that they ought to be married just as soon as possible so that he could flee the country. Truth be told, he finally admitted, he had fallen in with some very bad men from the Camorra over the past year, and they wanted things from him that he really couldn’t give (chiefly, money and body parts). While Elena wasn’t exactly sure who or what the Camorra was, it sounded ominous. And like they would only make “morra” demands of Umberto unless she got him out of the country. Which she did, for the sake of amore. And all without having ever yet seen his nude body. For he claimed to be staunchly opposed to penetrative acts before marriage–“blame it on my Catholic indoctrination,” he told her. And so, foolishly, she did, never realizing that it was all part of Umberto’s con to get her to love him just long enough to bring him back with her–even if he was more than somewhat blatant in his telltale signs of not being all that interested in her for anything other than the visa she could get him. Like when he accidentally called her Ellen instead of Elena, playing it off as though that was his new nickname for her. She pretended not to know better, and that it was–suppressing her natural instinct and intuition as so many women do when it comes to men.

Just as she continued to do when they arrived back to her apartment hovering right above the beach in Santa Monica. Seeing his new abode, Umberto practically started to salivate. So this is what the American dream had spoken of–and all these years he had assumed it was bullshit, nothing but propaganda. It was then he was hit with the revelation that he had never really asked Elena what she did for a living. He assumed she was traveling on some kind of inheritance for, in his mind, women didn’t work. They stayed at home and tended to their husbands, which was what he expected her to do when they arrived, particularly as he had no social contacts to speak of and, at the very least, even though the sound of her accent was like nails on a chalkboard to him, she could speak a bit of Italian. But soon, she was informing him that she would need to go into work for her job as a systems analyst in Culver City. He had no idea what most of those words meant, but he knew it spelled disaster for his entire social world. Meanwhile, they still hadn’t had sex, and Umberto was taking her cavalier attitude about leaving him to infer that he would soon either have to put out or get out. But what would she say about the extent of just how hairy he was? Yet oh how it would be much worse in the long run if he didn’t just get it over with. So he decided that, at the very least, he ought to get her pleasantly drunk before taking his clothes off in front of her, preparing her a pasta carbonara with piselli (for suggestive flair) and a side of insalata mista. For the final accompaniment to the table: candles and red wine. She would remember why she brought him back with her when she came back from that first day at work for certain. Yet, what he failed to take into account as a man who so rarely cooked, was just how, well, hairy the food would be. Utterly rife with his curly, pube-like body hairs. He also didn’t quite notice until the moment she was jingling her keys in the door that there, in fact, appeared to be a sheen of hair coating the entire floor of the dining and kitchen areas (for Elena hadn’t been at home to vacuum that day as she usually did). She flung the door open in an already enraged state as a result of having to interface with something other than a computer–people–all day. She took one look at the melting candles, overturned glass of wine (Umberto bumped into it in his haste to do a bit of sweeping to mitigate the appearance of hair) and overall discombobulated appearance of the kitchen and sighed heavily. “Umberto, what’s going on in here?” All at once, any sense of “romance” she had been glamored by in Italy felt as though it simply didn’t translate in the United States. She was not charmed or elated by him, only disgusted. One double take made her equally as aware of the overwhelming amount of hair that had taken up residence on her floor. He hadn’t even taken his clothes off yet.

“Qual è il problema? Ti ho preparato la cena,” he shrugged, feigning to have no knowledge of how much his very presence was soiling her space.

She set her purse down on the counter, went over to the table and picked up the glass of wine sitting in its own wine stain filth on the tablecloth. She chugged it without responding to him, and then set it back down to say, “You’re right. Nothing’s wrong at all.”

They went to bed together in the biblical sense that night. It only took two bottles of wine, mostly consumed by Elena, for it to happen. It made it easier for her to get on top of his hairy mound (take that to mean any part of his body you wish). Umberto actually thought she took it rather well–plus, it was pitch black in the room and all. Then again, all cats don’t exactly feel the same in the dark, even if they might look it.

When she awoke as a result of her intense dehydration, she soon discovered that it was not just because of a need for water that her mouth felt so dry, but because she was being suffocated by his tufts of hair, all encircling and overpowering her until at last entering the recesses of her thorax in droves, choking her out of existence and, with her, Umberto’s “in the bag” visa. You go one day without fucking vacuuming with an Italian in your home and this is what happens, she thought as her soul faded into the abyss.

He would be fine though, so long as he vacuumed a bit, disposed of the body and quickly made another single American woman believe he lived here so as to allure her long enough to marry him under the false pretense that he was well-off. Then he would be able to get a non-plebeian job (one that didn’t involve being a bartender or server at a restaurant as all illegal Italians and Mexicans [were there any other kind of Italians and Mexicans in L.A.?] were expected to). At last, a leg up out of his epicenter of the bowels former existence in Italy. But, in all fairness to Italy, he wouldn’t have been able to kill a woman with his hair were it not for the congenital male traits of Italianness, serving him so well in his quest for la fortuna in America.