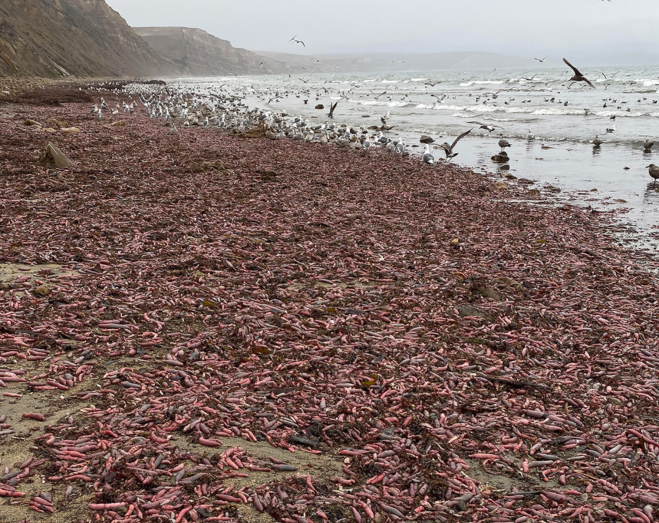 She probably became obsessed with sex right around the time her father told her never to have it. The subject came up between the two of them one day after school, when she was in junior high, and her mandatory Health & GSR class had started to show “the change” video in separate rooms to boys and girls, each video highlighting a different horror of puberty specific to the gender. Arielle was startled to see an illustration of more hair growing out of a woman’s armpits than her vagina. It had always been her aim to cultivate a full bush, but from the looks of this video, such an accomplishment seemed a myth, only achievable by buying a merkin.

Because her mother was always at work during the hours after school when Arielle’s mind was most active and her psyche most traumatized from the events of the day, she didn’t feel obliged to ask her the uncomfortable questions, to engage in the awkward conversations. The burden of doing this fell to her father. Which couldn’t have been a more cruel choice on fate’s part, for it knew how much Benjamin had wanted a boy precisely to avoid the unpleasantness of such topics as the one Arielle had just brought up to him as they sat across from one another at Tommy’s Mexican Restaurant. Which was, “Is it really true that women grow more armpit hair than pubic hair? Because that’s what this video in class said today.”

Benjamin had never felt more humiliated in his life. He hadn’t realized what being a dad would really entail. Or rather, what having a daughter would. He knew that if Eleanor had given birth to a son, these types of subjects wouldn’t come up. A son would instinctually know what to do with his body when the time came, or at least watch enough porn to figure it out. Arielle’s innocence vexed him, yet he only tried to perpetuate it by advising, “Look, the less you know, the better. It’s best to just stay away from this form of physicality. Do you understand what I’m saying?” he asked, taking a bite out his taco in a moment of irony.

“‘Stay away’? How can I stay away from my own body? I’m inside of it.” Benjamin said nothing. He simply rose from his chair and went to the bathroom, leaving Arielle more bereft and concerned than before. Things between her and her father had become markedly strained of late. Where once they had been close friends, they now seemed amicable adversaries. She tried to ignore the rift between them by being open and honest with him on occasions like these, but Benjamin had made it clear he only wanted her to shut up about matters pertaining to her, let’s call it, growth. And she finally got the message, downing the last gulp of the margarita Benjamin had ordered as some poetic means to swallow all of her emotions down with it as well. He didn’t take notice of its absence when he returned, nor did he pay much mind to Arielle’s telltale hiccuping. When they arrived back at the house, there was still no sign of Eleanor. With traffic, she likely wouldn’t be back from her office in Oakland until 7:30. Benjamin headed into work around five, for the restaurant he managed near Fisherman’s Wharf opened at 6:30. This left Arielle with about just over two hours of alone time. Where once she resented her parents for it, she now treasured it. These were the precious minutes of the day when she could experiment with herself unhindered and uninhibited by the worry of being walked in on. And after that day, when her father essentially told her to ignore her body–to deny sex’s existence at all, really–she became more enamored of it. Decided she would come to know everything about it and all that it could do intimately.

By the time she was sixteen, there wasn’t much she hadn’t tried. Both with herself, and men. She even dabbled with women a bit when she would wander into the Twin Peaks Tavern for a drink on her way to somewhere else, but she found that the smell of crotch wasn’t as palatable to her as dick. As she grew more voraciously into her nymphomaniac’s skin, she lost touch with both of her parents almost completely, only occasionally bothering to check in with her mother, who didn’t seem as judgmental about her “lifestyle.” Or at least pretended to be as unbothered as she could with pointed questions like, “So, have you got yourself a steady boyfriend yet?” “No,” Arielle would reply tersely. And though they still lived in the same city, they might as well have been planets away from one another, with Benjamin barely offering so much as a grunt as a means of expression over the phone. They couldn’t understand what she “did.” That a large bulk of working in marketing and PR meant going out at night and investigating the habits and interests of the common man. To her parents, who had chosen professions that involved more “hands-on” labor, her own job seemed fake for its lack of tangibility. Its abstractions. What wasn’t abstract, however, is that she was getting older, therefore inherently less desirable to the men she once had no difficulty alluring. It wasn’t helping that her attitude toward them was increasingly hostile. For she hated that she wanted–needed–their penises, but did not want or need them as people. And right when she was thinking about becoming the type of serial killer to off men solely to enjoy their penises in a rigor mortis state so that she wouldn’t have to deal with their consent or personality, she met someone. A man genuinely interested in her. He was called Louis, and he suggested a scenic drive up to Drakes Beach, ignoring the fact that it was pitch black. “The point is, we’ll be there at dawn. We’ll see the sun rise. You’ve never seen beauty until you’ve seen the California sun rise.”

Come to think of it she never had. She’d never been able to wake up early enough to do so. Even when she had to get to school at the ass crack of dawn. It was simply a sight that had managed to evade her. Though she’d seen her fair share of sunsets as a potential means of substitution. Drunk enough to take up an equally drunk stranger on his offer to drive them, they headed up the coast, arriving somewhere around 3 a.m. Arielle really hadn’t thought this through. She supposed they would sleep in the car. And indeed, she was very tired. Didn’t feel like performing. Louis felt differently, all at once coming alive just when she thought they could finally rest. He started pulling at the strap of her slip dress, which had no bra underneath. Or underwear for that matter. She was only wearing tights, and had taken her jacket off for the car ride. No man could say she wasn’t “asking for it.” And she was about to get it. Except, for some reason, Louis didn’t reckon that someone of her “advanced” age (thirty-six) would feel the need to carry pepper spray. Placed strategically in the garter of her tights like a small gun. One she soon whipped out to disable him. As he screamed in pain, she got out of the car, walked around to his side, opened his door and dragged him out. Incapacitated, he was easy to kill by way of jumping up and down on top of his stomach for a few minutes, for all intents and purposes, “stamping him out” before suffocating him with her jacket.

After dragging him through the sand and sending him out to sea, a deep sense of dissatisfaction washed over Arielle. She hadn’t gotten her orgasm. Sure, Louis wanted to fuck her, but not on her own terms. And she was tired of this narrative. The same old story about needing to be on the same male wavelength in order to achieve sexual gratification. The rain started to fall. Lightly at first, before evolving into a merciless downpour. She ran toward Louis’ car for refuge, lying down in the backseat and falling asleep almost immediately.

When she awoke, right as the sun was rising, just as originally intended, the incredible sight of what looked like millions of detached ten-inch dicks riddled the beach as though a gift from God. The light shining on them in such a way as to make them glisten like treasure only added to the majesty of the sight in Arielle’s mind. She shuddered with delight as she approached her fat innkeepers. That’s what they were called. More scientifically, urechis unicinctus. Or, more colloquially, “penis fish.” It seemed maybe Arielle had been brought to Drakes Beach for a purpose other than getting raped after all. No, it was at last her turn to rape. To have sex on her own terms. And as she proceeded to take her tights off and run toward the abyss of wangs (the worms are, incidentally, a delicacy in some parts of Asia), she rubbed up against the plump, detritus-filled members that seemed to pulsate in response. She wanted to take all of them inside of her, to fill herself up in a way that no man before ever could, but maybe these fat innkeepers might.

As she was coming on one, it seemed to suck up her discharge as though it was just another offering of beach sustenance. All at once, the fat innkeeper she was having her way with magically transformed into a real man thanks to, apparently, absorbing the properties of her cum. He was rather hideous indeed. Looked precisely like a fat innkeeper of some remote British town in the 1800s would. He had round, rosy cheeks and a stocky figure, made to look smaller by the size of his still exposed fat innkeeper dick. He smiled at her, revealing crooked teeth that added to the perversity of his lecherous expression. “You brought me to life. Will you do the same for all of my brethren?” What the fuck was he talking about? She was a nympho, sure, but did he seriously expect her to fuck what looked like hundreds of thousands of fat innkeepers? Even she didn’t possess that kind of lust… and she told him as much as she ran for what was now her car to escape from the fat innkeeper’s lascivious propositions. She slammed on the gas pedal, screeching up the road and speeding all the way back to San Francisco. That was the day she was cured of nymphomania.