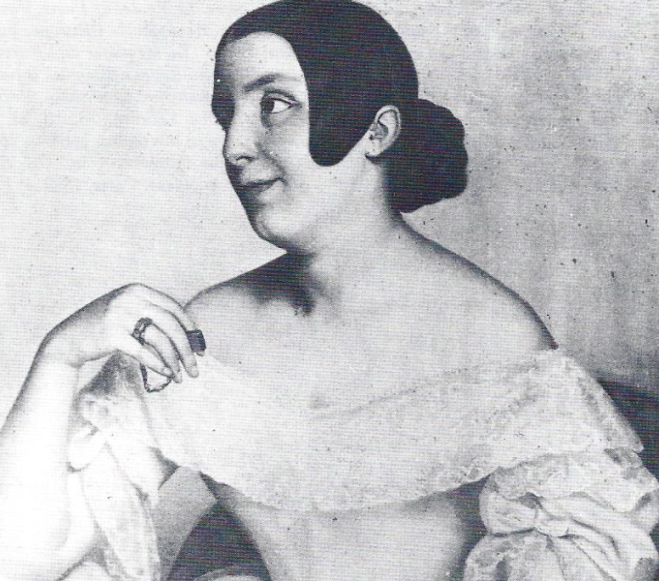 “Express your perceptions before nature’s.” One could say such a mantra was well-ahead of its time, now being the norm of twenty-first century operations in both “reality” and the media’s portrait of it. And yet, when Claude first helmed it through the lens of the painted world, he was regarded as a loon. A quack who would likely never be seen as the master painter of an entire movement that would be emulated and lauded for centuries to come. It was his mother, Louise Justine Aubrée, who would veer his early displayed passion toward a scholarly course, despite his father, Claude Sr.’s, desire for him to become part of the family’s ship-chandling business. A ship chandler Monet was not, and so he stood behind the supportive and protective wing of his matriarch’s encouragement.

When she died, Claude was sixteen. It felt as though some of his own spirit was snuffed out when she left this earth. She, who adored the prose of Balzac and spent hours on her own small sketches that she would so often only show to Claude in confidence. Claude Sr. was her second husband. She had already previously been married to a man of means named Emmanuel Cleriadus Despaux. She remarried Claude Sr. at the age of thirty, a rare feat for a woman so “old” to achieve. But perhaps Louise knew somewhere deep within her brooding womb that she was meant to issue something–someone–great from it. If she herself, in the unfortunate position of having a vagina, could not be seen as a “bastion” among the arts of the day, then possibly her son might. And she was absolutely correct.

Louise knew that, in addition to her sex (and the association of that sex being “aged” after hitting twenty-three) being a detriment to her success in life, it was also her looks that would ultimately never allow her to become a singer of renown. At least she had the cushion of her affluence to keep her feeling assured at night when Claude Sr. turned his back to her pale, portly body. She knew he himself preferred “Nubian” women, and had as much confirmed to her upon following him to Rue Saint Denis one day. In fact, the Monets’ flight to Le Havre, unbeknownst to Claude, was largely based upon this revelation. Louise feared they might soon be broke if she continued to let Claude Sr. go unchecked in this spendthrift manner on dark-skinned ladies of the (even darker) evening. So they were off. And Claude was to have his first taste of Normandy at just five years old. It was the reason he returned to it after years spent away, knowing it as the only place he had ever been cognizant of having a home. A place where his mother was happy and alive, where she could host her salons for the scant few upper echelons of Le Havre’s intelligentsia–all while philistine Claude Sr. scowled. Let him, Louise would say as she danced with Claude late into the small hours of the morning on some Friday or Saturday when she was drunk on the wine and the company.

At sixteen, her laughter, her joie de vivre was ripped away from him for good, and he went to live with the next best thing, his aunt, Marie-Jeanne Lecadre. It was she who furthered, in her own way, Claude’s pursuit of painting, ushering him along to the Louvre where other aspiring artists of the day would sit stoically in front of the works of the old masters copying it while, instead, Claude would sit near a window removed from the rest of the halls (and the lemmings therein) and paint what he saw outside of it. Rebel painter from the start. His father did not like this rebelliousness, not in his son’s painting nor in his character. And so when he had an opportunity to kibosh Claude’s long-standing pursuit, he took it, threatening that if he did not give up painting, then he would not bail him out of a seven-year period of military service in Algeria the young Impressionist was drafted into after drawing a low number in the spring of 1861. He chortled to himself as he shipped out, thinking of how his mother would never have allowed him to go, and how his father seemed to genuinely believe that painting was just a “passing fancy” for him. That he could be so easily swayed from abandoning what had already become his life’s work.

Hence, he took the beating. The lashing of time served in a nation that did not want France involved in its affairs in the first place. The country shoving its culture and its language down the Algerians’ throats, just as they did to all the countries they managed to colonize, though never quite as ruthless and cutthroat as Britain in their overtakings. When Claude kept praying for an illness that would exempt him from this uninspiring existence (evidenced by the few paintings and drawings he bothered with while there), typhoid fever finally descended upon him to give him an out (in that he chose to go “absent without leave”). During his period of unsanctioned convalescence, he kept having hallucinatory visions of his mother, begging him to return to Normandy, to go back to painting. All he could do was blink at her in response. His aunt at last intervened on his behalf when his father wouldn’t, insisting upon his removal from the army in exchange for Claude agreeing to enroll in art school. He complied, for a time, but found, once more, as he had already suspected that being “taught” art was, in a word, connerie.

He found others who felt the same. Renoir, Pissarro, Manet, Sisley. They all formed their own coalition to cordon off from the stuffy, hopelessly old guard Académie des Beaux-Arts. Forming the Société anonyme des artistes peintres, sculpteurs et graveurs, the coterie of anti-establishment Frenchmen were all too tickled to appropriate the term art critic Louis Leroy had coined in his review of their first exhibition, intending it as an insult: Impressionists. The name given to the movement suited them just fine.

What did not suit Claude just fine, however, was the deteriorating health of his first wife and constant muse, Camille. The thought of losing her to tuberculosis was not only a source of heartbreak he didn’t know if he could bear but also one that struck within him the terror of being left alone to care for their two sons, Jean and Michel. So he decided to flee to the country again, never straying too far from Paris, choosing this time Vétheuil as a place that might suit Camille’s needs in recovering from the strain on her health. Alas, she was soon after diagnosed with uterine cancer and died at the age of thirty-two, two years after the same age that Louise Justine would marry Claude Sr. And yes, Claude had to admit there was a certain similarity between his mother and his beloved Camille. But where Louise was steadfastly not a “full-on Monet” in terms of her philosophies and principles when compared to Claude Sr.’s, she most certainly was when rendered by Monet’s brush. Or rather, when he painted Camille with the vision of Louise in his mind’s eye overlapping his tangibly perceived “reality.”

“But that’s just it, isn’t it? Reality is all perception. Therefore none of it is real,” he found himself slurring to Renoir and Cézanne at the Hotel Baudy after a day spent painting the lily pad portion of his garden. After all, without a dead wife to paint (“I one day found myself looking at my beloved wife’s dead face and just systematically noting the colors according to an automatic reflex!”), there was nothing interesting left to turn to except, once again, nature itself. Indeed, many said the period of “mourning” after Camille’s death was his most inspired and prolific. Aided by Alice Hoschedé, wife of Monet’s friend, Ernest, who fled to Belgium following his bankruptcy (thus leaving Alice and her children to their own devices), Monet worried little about Jean and Michel as his stand-in wife took care of them like her own–even though she did, in fact, already have six children of her own (one of whom Jean would marry for a certain “incest lite” feel).

The pure, undiluted nature of Giverny was unearthed on a train ride by Monet during a stint with his new blended family in Poissy, a town he couldn’t stand. Once he caught sight of Giverny, however, he began to set up shop there, cultivating his garden, therefore his art (and landscape architect skills). Spending hours and days and months painting and repainting the same scenes in his obsession to capture the different stages of light–light so unique to this region–Monet found something his father had never wanted him to: contentment. Happiness, even. He liked to imagine his mother sitting next to him in the garden as well, humming a tune while she sketched. He could see Camille off in the distance at times, too, waving to him meekly from the Japanese bridge. Monet, unable to shake the hostile presence of Claude Sr. among them, sighed, “Ah yes, Father, inevitably, in moments of joy there can be no denying the sadness.” He could now hear his father snickering at him in the winds of the willows, intensifying when Claude started to develop cataracts–the ultimate cruel irony for a painter who relied upon his eyesight for the adept re-creation of a scene and its specific colors. And no one was more color-enamored, more color-obsessed than Claude.

He wrote in despair as the blindness set in, “My poor eyesight means I see everything as through a fog. It’s still very beautiful, and that’s what I would like to represent.” Thanks to Louise, full-on Aubrée, one supposes, that’s what he did right until the end.