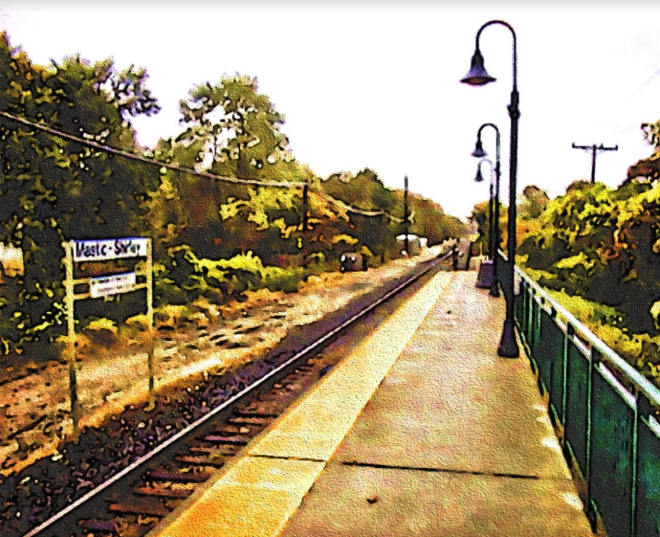 She knew it was imprudent to be frugal with something so potentially life-threatening. If you were going to spend money on skydiving, wouldn’t it be best to pay a premium for it to assure yourself you were only getting the most top-notch equipment and “instruction”? As opposed to falling (no pun intended) into the trap of a place offering a Groupon, therefore clearly in need of drumming up business, which always suggests a certain lack of aptitude on the part of the establishment or its employees. But still, Eve was, in some sense, trying to court death anyway. For it was her twenty-seventh birthday, and she wanted to join the 27 Club, even if she wasn’t famous enough to make the cut.

This motive, of course, was not something she could confess to her boyfriend, Lars, who tended to go along with everything she said, as he was still too foreign to know better. To know that her version of “America” and its customs were not exactly “par.” Instead of outright admitting she hoped to conjure the Fates into killing her in a way that was both glamorous and easily attributable to being an “accident” rather than self-imposed foul play (a.k.a. lazy suicide), she simply told Lars, “This is what I want to do for my birthday, and you’re doing it with me.”

Because Lars was a cad posing as being “naive” based on his foreignness, he didn’t offer to pay, so Eve supposed it was all the better she had gotten a discount. Hadn’t stretched her celebratory budget to the limit. Nor her general budget for surviving the month, and keeping the rent paid for a roof over both of their heads. Yes, Lars had moved in. Perhaps too quickly, she reflected as she hit Add to Cart on the skydiving package. But love didn’t react to the “logic” of time and its constructs. She clicked on her email tab to check that the confirmation had been sent. Lo and behold, there it was. And she laughed out loud at the thought that she was going to schlep them to Long Island on the still odious and still Robert Moses-haunted LIRR for this.

In her entire tenure of living in “the big city” (of which anyone knew it was not, for New York had a tendency to feel claustrophobically small after a few years), she had evaded Long Island as much as possible, having only ever been cajoled into going twice, both times in the summer, when a person is at their most vulnerable, their defenses most withered. So it was that she agreed to renting houses on Fire Island and in Montauk, respectively. While “perfectly lovely” destinations, the clientele that both lived in and flocked to them left Eve with a case of the heebie-jeebies. She despised this form of parasite. Both the genuinely rich and those who coveted so overtly that level of wealth. Lars was one of them, and it disgusted her when she saw him being so simpering toward the people whose house they found themselves one evening in Montauk.

They had been invited by default as an extension of the couple they were sharing their rental (and its expenses) with, Pam and Robert. Such prim names, indeed. So how could they not be acquainted with people like the Dunmars? Reginald “Call me Reggie” and Abigail “Don’t call me Abby” Dunmar. Eve addressed neither of them throughout the bourgeois dinner, complete with Musigny wine and an entree of lamb chops served with a garnish of pomegranate seeds that Eve reckoned little child servant’s hands had plucked out to earn their keep in being able to stay on the grounds. She drank too heavily to remember what the side that came with the entree was, and she could feel the death stares from everyone at the table except the Dunmars themselves for drinking so freely of their expensive wines.

In the car on the way back, Lars openly chastised her for her rude behavior, and Pam and Robert were quick to provide their chorus of support for his assessment. It was at that moment when Eve vowed never to return to Long Island, and also decided that at least Fire Island (unlike Montauk) had bitchy, aggressive gays rather than cunty, passive aggressive straights. Yet here she was, on the train to Shirley–the bumfuck nowhere location of the skydiving “facility” (which, she would soon come to find, was a shack-like office and a few cargo planes to carry up its reckless and feckless customers). It was a two-hour ride. An hour longer on the train and they could have been in Montauk again. That might have been preferable.

But this was Eve’s twenty-seventh birthday, and it was how she wanted to commemorate it. By taunting Death. Death who had taunted her for the majority of her cognizant years by offering itself up as an unspoken get out of jail free card. The jail of her banal job, her banal relationship, her banal existence. What was worse, she dreaded not being with Lars more than she dreaded spending a lifetime with him. For while he was unaffectionate, unromantic and generally unfeeling, she couldn’t envision her life anymore without him. Without being part of the couple that they now constituted. For the past three years, she had found an identity, even if it wasn’t “fully” her own. Rather, some attempt at fulfilling the projection Lars desired–which she knew, in truth, she would never be able to. She pushed this ever-loudening thought out of her mind as the train stopped at their destination, the Mastic-Shirley station. You know it’s truly bumfuck nowhere when the town you’re going to has to share its name with another town on the station “mast(ic)head.” But Eve kept this epiphany to herself, knowing that Lars despised it whenever she brought up such “negativity.” Who knew that making a simple observation about reality could brand her so permanently in his eyes as a cynic?

So she did her best to be “chipper,” not just for him, but because it was her birthday, and she was still “young,” after all–even if this was the year that marked the beginning of the end of her being able to lay claim to the luxury of writing off “fanciful” behavior as part of her “salad days” right. She even bit her lip when, on the thirty-minute walk to get to the skydiving “center,” they stopped into a routinely depressing Wendy’s for lunch, where they both ordered the chicken sandwich. Eve decided to make hers extra festive with a chocolate Frosty. The people surrounding them were like cardboard: utterly blendable into the background. Including the particularly rotund ones. All at once, a wave of nausea came over her and she had to run out.

Back in the natural light, she bent slightly forward with her palms pressed to her kneecaps and took deep breaths. Lars emerged to ask irritatedly, “What the hell is the matter with you?”

Eve collected herself long enough to regain composure and replied, “Nothing. I think I’m just having anxiety about jumping from a plane, that’s all.” It was a lie. She couldn’t wait to jump out of it. What was really panicking her in there was the sheer complacency of the “average” person. But there was nothing average about them. They were sub-human. The concept of self-actualization wasn’t even–nor ever would be–on their fucking radar. It was appalling and worrisome to Eve, who saw that the society she lived in was only devolving further the longer she chose to stick around.

Up, up, up they went with two “instructors” who had the distinct vibe of sniffing glue on the regular, but instead the high came from achieving an altitude of 18,000 feet multiple times a day. That would certainly tamper with one’s brain chemistry, Eve reasoned as a means to explain away why these two goons seemed so cracked out. One of them even freely admitted to having served some time in prison. Good to know the skydiving industry doesn’t discriminate against ex-cons. At least not in “Mastic-Shirley.” Before they proceeded with the jump, Billy (as opposed to Jim, the other “instructor”), asked if they would like their pictures taken throughout for posterity. Of course, he didn’t use a term like “posterity” to describe it, and maybe that wasn’t even the correct word to. Perhaps it was something more akin to “vanity.” To prove to those in your future that you were once the type of person devil-may-care enough to go skydiving. Lars, naturally, consented to having his photos snapped in real time, while Eve, instead, firmly refused. She didn’t like the notion of pictures being taken of her wherein she wouldn’t be in control of her expressions. And though she had a feeling that her usual stoicism would remain in place regardless of this unprecedented adrenaline-pumping circumstance, she didn’t want to take the chance in the event that wouldn’t be the case.

As it turned out, the photos of Lars would be the last ever taken of him. Billy performed what amounted to the documenting of a death. For it was Lars that the reaper decided to take that day, at the age of twenty-eight. Maybe the 28 Club was what non-famous people got to be a part of. Either way, Eve was positively livid as she watched the coroner pull up and take Lars’ body away. Now she was not only still alive, but also single. The thing she dreaded more than Death. On the way back to the Mastic-Shirley station (because no one seemed obliged to drive her or pay for a cab ride all the way back to the city, regardless of the trauma she had endured), she stopped in at the Wendy’s again. She didn’t know why. She ordered a Diet Coke so as to be able sit down without being side-eyed by one of the employees.

It was as though coming back to a place she had just been with Lars was a way to process that he was now gone. And looking around again, the people still seemed as blendable as cardboard, only they stood out to her slightly more than before as a result of their permutations all seeming to be twos or fours. Couples or families. Without Lars, she defied all permutation standards. That was the gift of her twenty-seventh birthday.