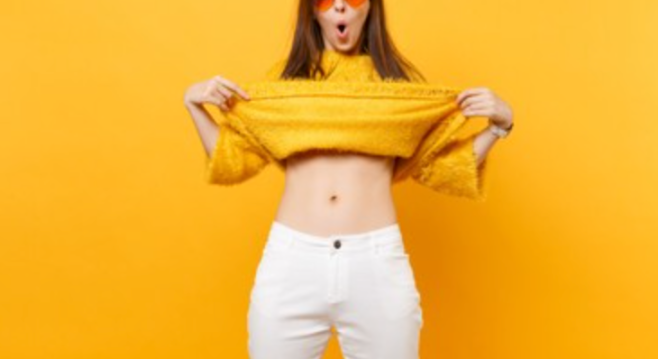 I found it comical really. Never, in all my days of raggin’, could I remember actually getting it on Mother’s Day. Christmas, sure. Even on New Year’s and my birthday. But never this. To someone who knew, no matter how many times she was chastised for it, that she would never have children, I just thought it such a perfect and wondrous irony. That the greatest emblem of fertility should come to roost on a day when women everywhere were meant to take stock and appreciate the joy of motherhood.

My own mother had died long ago, and I had learned to live without one. Learned that sometimes gender doesn’t really mean anything when your father is the one to take on the proverbial and cliched “domestic goddess” role. But even he had to leave me one day. Something I could see coming, in all honesty. For it’s in every man’s genetic makeup to bolt. He eventually “fell in love” (whatever that means) with another woman who decided that I didn’t quite fit in with what would be their new and magical life together. Her name was Jean and she smelled constantly of fried chicken. She claimed it was because the check cashing place she worked at was next to a KFC that wafted the odor into her clothes. Based on her physique, I knew it was because she daily went into the KFC for lunch.

Luckily, I was seventeen when they decided to skip town—practically halfway out the door and onto somewhere else myself. I opted for Los Angeles because I knew that’s where the real freaks went. Contrary to popular belief, all the normies were in New York. Plus, I loathed their fucking “inherited history.” The one that makes them all so convinced of some arcane superiority that I have yet to see manifest in anything other than, well, I don’t know, some famous people here and there (like Dorothy Parker, I guess).

In any city, however, one expects that a certain kind of person will be “accepted.” The “childless champions,” as it were. Those deemed too “selfish” to relegate themselves to a suburban or “beta city” milieu. But I often pondered why it was considered selfish to pursue goals and ideals that simply didn’t have room for a tit-sucking troll constantly on your back (when not on your breast) siphoning you of your money. Sure, I’d been told that the “magnificence” of motherhood and child-rearing immediately wiped away any sense of those previous feelings and concerns about the mental and financial drain that invariably comes with spawning. I knew myself well enough to know that such an about-face in sentiment would never happen. If anything, I would turn into a worse version of Joan Crawford or Mia Farrow. Verbally abusing when I wasn’t reminding the fucker of what a leech it was.

If I’m ever candid about these feelings, really describe to someone my contempt for everything a child represents, they look at me as though I’m subhuman. And then they pull out the old stock line, “But you were a kid once, too. How can you say that?” To them, I coolly reply, “Yeah, and I fucking killed my mother because of being such a goddamn parasite.” I go on to tell them that a parasite is the very definition of a child from the beginning. They grow inside of you and start cutting into your resources right away. Since they haven’t entered the world and don’t yet need to funnel the cash out of you, they go for your bodily nutrients instead. They’re fucking cunts. Which makes sense since they all come out of a cunt. But even I couldn’t totally fault them. It’s the fools that think giving birth is a “natural” part of life that are to blame. And yes, I’m declaring here that even my own mother was a fool to have me. She ought to have known better. Spared her own life, in lieu of giving me mine. What am I even doing with it? Since, evidently, as a woman, your highest achievement still boils down to whether or not you’ve perpetuated the cycle of life.

Over time, the friends I had made in L.A. started to go over to the dark side. The side I never thought I would see them on. They had all been “artists”—in the beginning. And then, when it seemed these pursuits wouldn’t pan out for them in the financially lucrative way that they had imagined, they decided to change tack. To completely recalibrate so as to come up with the type of personality that would make them amenable to going to prenatal yoga after marrying a finance or real estate guy who could take care of them while they fell into L.A. trophy wife mode. I couldn’t believe it. And obviously, after they were married, they didn’t really want me around anymore. Too much temptation. An unattached snatch.

So here I was, just like any given Sunday, alone in Runyon Canyon. I enjoyed hiking the summit in afternoons, but had failed to take into account that because of the mother-loving holiday, it would be overrun with matriarchs and their progeny. To make matters more stressful for me, even though I could feel a kind of unpleasant dampness in my underwear, I wanted to chalk it up to nothing more than “sweat.” That’s when one of the spawns nearby tapped me on the shoulder and gently informed, “Hey, this is a bit awkward, but I just want to tell you you’re bleeding. It’s showing up on your… backside.” I nodded in a daze and she scurried away, like she had been sent solely to be a messenger of this information, and once the job had been fulfilled, she would scuttle back into the earth or something. I turned my head and saw what she was referring to. There it was. The ultimate motor for creating existence–the shedded lining–on a day that celebrated the conventionality of the “circle of life.” My period.

I walked with pride down the hill, even waddling for added theatricality so that people would really notice the bloodstain seeping through my tight gray workout pants. Despite what we’re told, Mother’s Day, is, for so many, Absence of a Child Day—and even Absence of a Mother Day. For me, it was both. And I was okay with that.