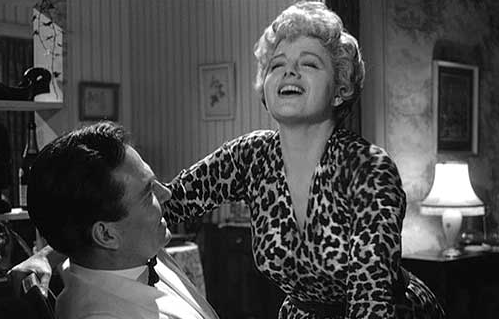 You can look up a number of past life regression services in New York. A surprising niche exists to cater to this unique specialty in hypnotherapy. Brenda Lavell wasn’t exactly aware of this until a friend of hers decided it would be a “fun” birthday gift to bequeath her with five sessions’ worth of so-called regression. The friend in question, Mae Livingston, was concerned about Brenda’s life trajectory. She had turned thirty-five, a slave to the cursed zodiac sign of Scorpio, which made her a bit insane in terms of secrecy and willingness to open up, and therefore, in Mae’s opinion, could be traced back to some previously unaddressed past life trauma.

Brenda was willing enough to oblige Mae in her expression of caring and good friendship. Plus, it’s not like she had much else to do after work. She certainly wasn’t going to use that gym membership Mae had bought her almost a year ago now…

The office of Dr. Linda Greenwood was on Madison and 82nd, and its decor was exactly what Brenda expected of these particular coordinates of Manhattan. Stark white walls with occasional pepperings of very deliberate framed photos, verdant plants of the generic nature and a coffee table filled with magazines designed to cater to all manner of personalities. Brenda gravitated toward the literary section of the table, picking up a copy of The Paris Review, which she gave a chance more than all the other stock choices (The New Yorker, The Believer, etc.) mainly because it contained, at the very least, interviews that tended to be more interesting than the fiction.

After waiting roughly five minutes for the receptionist to say, “Ms. Lavell? Dr. Greenwood will see you now,” Brenda rose from her seat, leaving the magazine open to a page on an interview with Vladimir Nabokov. Strange, Brenda thought. Wasn’t that from the 60s? Maybe it was a Best of issue, but she still found it peculiar.

As she entered Dr. Greenwood’s office, she was immediately frozen by the icy demeanor of the indeterminately aged hypnotherapist. She wore a white pantsuit, a brimmed hat and black pointed-toe pumps. It was an aesthetic that somehow combined surgeon and magician. Maybe that’s what she was going for, because that’s what she was.

“Brenda, welcome,” Dr. Greenwood said as she motioned to a couch in front of her.

“Why don’t you start by telling me what brought you here,” she stated as she sat down with the grace of a courtier.

“I, um, it was a birthday present from a good friend of mine,” Brenda explained as she cautiously lay down.

“All right. That’s a start I guess. But what made you actually show up. Is there anything that’s been boiling to the surface of your mind of late?”

Brenda contemplated the question for a moment before she reached for a memory that had, indeed, been cropping up out of nowhere recently. It was that of her mother, Melinda, sitting at her vanity back in the 80s and powdering her face with pancake blush that, in Melinda’s opinion, could never seem to make her face bright enough. But, for some reason, she did not want to tell Dr. Greenwood about this, feared that it would reveal too much or open up a portal she did not want to enter. So instead, she lied.

“Well, I’ve been thinking a lot about the 60s lately, of these old movie scenes. Specifically Shelley Winters in Lolita. I feel she’s sort of a kindred spirit of mine. So used, so misunderstood,” she babbled.

Dr. Greenwood seemed fascinated though. “What specifically about the character of Charlotte Haze resonates with you?”

“Isn’t it obvious, Dr. Greenwood? I’ve been cast out by men. I’m seen as clingy, desperate, day old bread. The parallel is as clear as a pre-Industrial Revolution sky.”

Dr. Greenwood nodded, silently writing in her notebook. “Maybe it’s not as straightforward as all that.” She clicked her pen shut and placed the pad on the table with it. “I want to try some light hypnotization with you right now, and we’re going to get to the bottom of this Charlotte Haze memory.”

Brenda shrugged. It wasn’t as though she could very well refuse. Dr. Greenwood then proceeded to say some things to Brenda that she later couldn’t quite remember in a very soothing, lulling voice. Brenda recalled her mentioning something about the Ideomotor phenomenon, a term that stuck out because of how similar it sounded to “idiot.” As she assuaged Brenda’s mind to a blank state, she could feel herself slipping elsewhere. Another place, another time. At first, the room she was in was blank, but gradually began to fill itself with accoutrements of the time. There it was, Melinda’s vanity mirror, her clothes strewn all over the floor, the telltale scent of her fruity-noted perfume. And there Shelley Winters/Charlotte Haze was, but she was a younger version of herself. She appeared worn out by the world, her face weary and her clothing disheveled.

Brenda’s mother turned to Shelley/Charlotte, blush in hand, and said, “You need to focus more on your good grooming. Men will never be drawn to you looking like that.”

Brenda wanted to intervene, explain to her mother that 1) that was Shelley/Charlotte, not Brenda and 2) Brenda would have plenty of sexual prosperity with men in the future. But her throat felt like it was closed, her vocal chords obstructed from reverberating language in any way. She continued to look on in muted horror as Melinda, more demonically god-like than she recollected, approached Shelly/Charlotte with a sadistic look on her face.

“I can’t believe you could have possibly come out of me. You’re absolutely hideous,” she snickered, adding a backhand to the face for good measure. Brenda shuddered, watching a battered Shelley/Charlotte clutch to her face and cower out of the room, defeated by the one-two punch of verbal and physical abuse. Had this really happened to Brenda? Or was it a secret part of Charlotte Haze’s own character biography, a conflation of Nabokov’s notes and Brenda’s upbringing? And, more importantly, why hadn’t Dr. Greenwood warned her that a past life really seemed to mean revisiting the past of the life you were already living?

At that moment, Dr. Greenwood snapped her fingers and awoke Brenda from her deep trance.

“What did you see?” Dr. Greenwood demanded.

Brenda swiveled her shoulders and declared, “Confabulation is fabulous, darling, the only way to distort what’s happened to you–make it either disappear entirely or feel as though it’s happened to someone else. That’s not me. None of my life is mine. It’s transpiring on an alternate plane, to a person more equipped to handle it.”

Dr. Greenwood raised her eyebrows. “What time can you come in next week, Charlotte?”