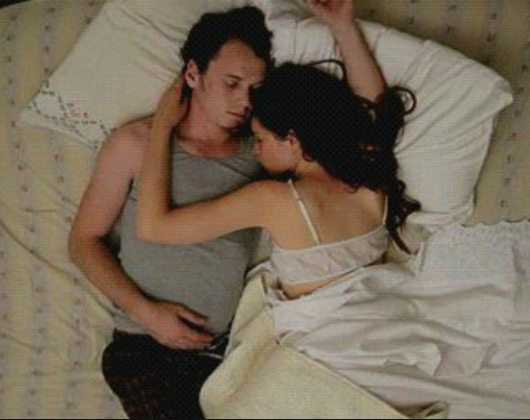 There is perhaps no lovelier day to be in a couple than when it snows. Desmond had always felt this way no matter what relationship he was in. This year, on the first snow of January, it was Dianne that served as the other component to his fully functioning couple machine. Desmond had picked her up just a few months ago, in time for the winter. She was sitting in a coffee shop, reading Christopher Isherwood’s The World in the Evening. This is what stood out to Desmond. She was like a gay man. He could get on board with a gay man, he himself being so effete. And fully willing to admit it. Though he’d only known of Isherwood from A Single Man, he got the sense that there was a sadness to his writing, and it seemed to be pervading Dianne’s aura at this very moment.

The coffee shop, overrun with many others as a result of the inclement weather, was oozing with the odors of humanity, even though the general dampness of the floor from everyone’s layers should have offset the smells. But it was of no import to Desmond, who saw the crowdedness as a reason to take a seat in front of Dianne. Naturally, she deliberately tried to ignore him. And yet, he did that staring thing that inclines one to finally look up, forced to notice the person in front of them. In Desmond’s case, his presence was not warmly received. She was unimpressed with his generic beatnik look–long hair, scruffy beard, brown eyes and all-black attire. She gazed at him for a moment and, without artifice said, “Has something traumatic happened to you recently? You look a bit well-worn.”

Jarred by her question and overall assessment, Desmond sat there with his mouth momentarily agape before returning, “I recently got fired from my job. I guess that’s what you’re detecting.”

Dianne rolled her eyes, closed her book and rose from the chair. “I can’t talk to another man without a job. Sorry.”

And with that, she was gone. It was the most memorable thing Desmond had ever experienced with regard to an initial encounter with a woman. Though he should have been offended, even prone to feel misogynistic sentiments about her overt preferences for men with money, he was so in awe of her candor that he couldn’t begrudge her for what she had freely admitted; something that no woman ever would. They always claimed to have designs on a man who was caring, who would love them and treat them well. The underlying aspect to “caring,” however, meant having the money to express said care. Desmond took this as a form of galvanization. The next time he saw her, he would have a job.

So it was that several weeks later he found her again at the same coffee shop, at the same table. Now she was reading The Kreutzer Sonata by Leo Tolstoy. Her interests clearly ran the gamut as far as Desmond could tell. As he went up the counter to order his coffee, he could feel her noticing him. It was as though she was boring a hole through his chest to see inside, to ascertain if his heart was a kindred. When he turned around to face her, it was evident she was pretending to read. Seizing this “in”–this knowledge of her overt interest–he again took a chance in sitting across from her. He said nothing as he sipped his coffee, forcing her to initiate the conversation.

Desmond smirked. “As a matter of fact, I have. And you’re just the person I wanted to tell about it.”

Dianne closed her book with caution. “All right. What is it?”

“Nothing so fancy or original. Freelance graphic designer.”

Dianne made a face. “Freelance? Next.” She opened her book again.

It was then that Desmond knew he had to flip the script, make her come to him. “I’m sorry but what the fuck is it that you do for money besides read pretentious novels?” He stood up and walked to a different open table with his coffee. He took out his computer and proceeded to delve into the freelance graphic design work assignment at hand. Putting proverbial blinders on to ignore Dianne, he knew she would come over to him and apologize. Because the only thing truer about women than them enjoying a man who can buy them things is that they love being ignored. It’s an aphrodisiac they can never resist.

Lo and behold, of course Dianne approached his table just mere moments later, plopping down with bombast. “I’m sorry, okay? I was harsher than I needed to be back there. I’ve just had a lot of negative experiences with guys who are artists or are still ‘figuring it out’ or whatever. That’s why I tend to be so cold.”

Desmond looked up at her expressionlessly. “Don’t worry about it. I won’t bother you anymore.”

From that day forward, they were inseparable. It turned out Dianne was pretty poverty-stricken, sustaining herself off of giving book reviews two or three times a month for The New York Times Book Review or Publishers Weekly. Desmond accordingly found her extremely hypocritical but chose to stifle these thoughts for reasons he couldn’t fully understand until later, when winter was over.

As it stood, though, winter was in full swing. And Desmond and Dianne quickly shifted into married couple mode. Because Desmond lived alone in the East Village (and had for many years thanks to one of those rare real estate flukes), Dianne was consistently at his place, her things gradually invading every crevice of the studio. Nonetheless, it didn’t bother Desmond that she was constantly there. He felt it brought a warmth and coziness that had previously been missing. She was even known to occasionally cook for him, every man’s secret kryptonite the way money was for women.

Three months passed since they had first met in mid-October, but to Desmond, it had felt more like three years. They were so ingratiated into their domestic routine that time was merely a construct. It wasn’t about how much, but how familiar. It’s the type of familiarity that makes winter endurable in a city like New York. The loneliness and frigidity just a little bit more marred by the presence of another body in one’s bed. It can really cloud a person’s judgment in terms of knowing what’s real and what’s not, emotions-wise.

When spring came, Desmond almost immediately grew to hate Dianne. Just as he had with every other woman he chose to hibernate with before her. Everything he had found charming and quirky about her in the winter melted away with the snow. Did he completely hallucinate his love for her purely out of a fear of being alone in the cold? Of having to lie in bed by himself with nothing but his hand for company? He couldn’t say now. All he knew was he needed to be free of her. Never again would he fall under the love spell winter invariably cast upon him.