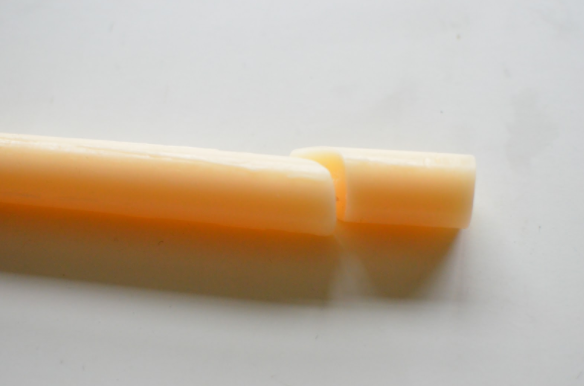 Somehow, Victorians got the reputation for being, well, very Victorian. That is to say, obviously, puritanical. But if you’ve ever lived in a way or in an environment that deliberately tries to suppress sexuality, well, then surely you might be familiar with a particularly oversexed sex drive. For Clara Constance Stodgeworth, the suppression was getting to be a bit much for her of late. She knew she wasn’t supposed to have thoughts of wanting to bang just about every cummerbund-wearing anti-sex on a stick she saw, and yet, those were the only thoughts that pervaded her mind whenever she left the confines of her music room so that she might run an errand for Mummy: getting her new fabrics for the window treatments or some yeast for the bread she would make early in the morning. And while it was always a delight to go out into the world, Clara Constance also abhorred it. It meant having to address her carnal nature, the one she wasn’t supposed to have. Oh dear God, she lamented, why did I have to go through puberty right at the outset of the Reform Act of 1832? This political shake-up has really made the inevitable politics of Queen Victoria’s presence felt everywhere–except in a girl’s pussy.

It was all Clara Constance could do to keep from reading Memoirs of a Woman of Pleasure each night, but she knew she must temper her lust for it lest she break her hymen with such frequent use of her fingers against it. She also dreaded that her father, Winston, would somehow find out of her sinful behavior just by looking at her. That somehow an aura of residual pleasure could be detected. She couldn’t help but keep on reading though, learning of all the things a woman could do, if only she’d allow herself to remove all fear of societal judgment. Oh how unjust it was to be stifled in this way, to be forced to maintain her virginity. It was as said in Fanny Hill, “But we no more choose our passions than our features or complexion.” And Clara Constance certainly didn’t choose nor want the passion she discovered one day while cleaning the candlestick holders.

After giving them a nice, thorough rubdown, and even making her own silver cleaning concoction by bringing one liter of water, one tablespoon of baking soda and one piece of aluminum to a boil, she noticed as she put the candles back in just how appropriate the length and width was for her “nether region.” No one’s around, the bad side of her conscience mentioned. How about taking that candle back to your bedroom?

Yes, she imagined she would–even in spite of the other side of her conscience warning, You’ll no longer be pure. It’s one thing to use your fingers Clara Constance, but quite another to use something that could truly break your hymen.

Confound it all, she internally brooded. The divide between her was growing, a gash far larger than the one between her legs. She couldn’t resist the temptation any longer. She needed that candle inside of her right now–all costs be damned.

Hours later, when she heard stirring within the house, it was as though she had lost all sense of time and reason. She almost couldn’t care about being discovered–the pleasure was too strong to stop. And the presence of the wick at the end of the candle added a heightened “tickling” sensation, too. Oh, but I must stop, Clara Constance chided herself. And stop she did, just as her mother entered the room brimming with joy over the latest fabric she found to add to their window treatments.

“Clara Constance, you must come help me with these. And you must feel the incredible texture of this fabric. Very much like silk.”

It wasn’t until many months later, while on another routine errand for Mummy, that Clara Constance unearthed an outlet for her so-called perversity. It was a secret enclave called the Cannibal Club–a place where, admittedly, men primarily talked about sex and fetishes under the guise of pseudo-scientific pornography. Though she was a woman, and therefore not allowed to do much of anything, her friendship with a mutual acquaintance of one of the organization’s heavy hitters, Sir Richard Francis Burton, allowed her occasional entrance into the discussion. It was getting be so that she was almost never home unless she was able to use her candle. And if she wasn’t partaking of self-gratification, then she could at least listen to stories of others.

As Clara Constance grew older, it was becoming the sensible time for her to get married before she was deemed day old bread. So she married the first interested party, Martin Van Pumpel, an employee of her father’s who always dressed in richly brocaded smoking jackets. He was dashing enough, regardless of being a bit older and therefore, she found, slightly less adventurous when the moment finally came for her to lose her virginity on their wedding night. If Martin noticed any wideness in her hole, he didn’t say anything, and she was very relieved for that as she didn’t want to explain about the candle. She doubted he would believe this was the reason anyway.

While Martin was very tender and gentle for those rare times when they “made love” (usually once a month, and only if Martin didn’t have any work to do), Clara Constance still yearned for the feel of the candle. Its texture and ability to do exactly as she wanted it to beckoned to her one night as she was setting the table. Martin won’t be home for another hour, at least. Why not return to a familiar friend? the bad side of her conscience felt inclined to mention. Clara Constance shrugged, thinking, “You know, you’re right. Martin will never find out.”

And so, she picked up one of the candles, went into their bedroom and forgot about the world until Martin walked in on her writhing and moaning. It was the first case of divorce over a candle.