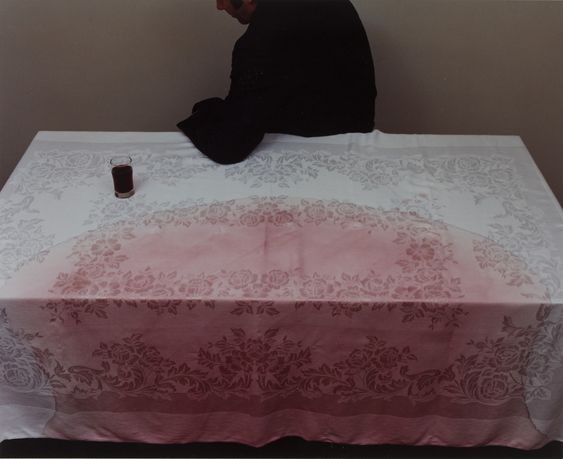 Mr. Invisible had been trying to pay the tab for the past hour. It was his lot in life to be ignored, even when it came to ponying up money for other people–a moment during which one would think he might be noticed, for everyone notices you when you have alms to give. Usually. But not when you’re Mr. Invisible. Who got his name sometime long ago, even before he could remember at this point. He reckoned it came about at his first job, fresh out of school, when he had secured a position as an “administrative clerk”–a term as nebulous as it sounds. Relegated to the basement floor to mark documents rejected or accepted (it was an insurance company, to add insult to the injury of already being naturally invisible), Mr. Invisible, then still just Phil, was frequently forgotten about when it came to any consideration from his boss or coworkers. It wasn’t just that he was a far off thought to them geographically; there was also something about his entire person that made them simply look through him.

Sure, he was a bit bland–a fact compounded by his love of oatmeal and beige color palettes when it came to his wardrobe–but it was something even more than his washed out physical appearance that made him unperceivable. No, it was some sort of essence about him that lent him this inexplicable cloak of invisibility. And he could recall it occurring to him as far back as his elementary school days when he would get picked last not because he was a particular loser or had some ostensible foible, but rather, because no one could seem to see him standing right there waiting to be invited onto one of the teams.

While some might have doggedly pursued any means necessary by which to become more distinct–such as taking up some sort of flamboyant hobby like magic or color guard–Phil instead surrendered to the phenomenon that was his obscurity. This was possibly roughly seventy percent of the reason why he took to reading Jude the Obscure on repeat throughout all of high school while his peers focused on making sports teams or, if not getting laid, at least being able to cop a feel every now and again, as 80s douches might phrase it. Not Phil, who wore his virginity like a badge of honor despite knowing that no one could see it, nor could they see him (part of the reason why the prospect of achieving penetration was impossible when trying to flag any kind of gaze from the opposite sex, or even the same one).

After a while, Phil reconciled the notion that masturbation was a viable form of lifelong sexual satisfaction, and that, when one really got down to it, he was probably asexual anyway. What did he need to bother with getting a woman’s attention for? They were all Circes with an ulterior motive, and what was more, he had no extra money to offer them. That’s what they were all after. However, it did briefly occur to him that perhaps if he found a way to become rich as opposed to merely middle class, he might actually, at least every now and again, stand apart from the herd. But to become rich involved climbing a ladder that one needed to be visible on. Alas, as Mr. Invisible, this was impossible.

Now he could remember it–the moment the name was bequeathed. It was while standing at the coffee machine waiting for it to finish dispensing when a male and female coworker involved in a secret interoffice romance came traipsing in, engrossed in a heated debate about how much longer they could keep their charade up. After about two minutes, the female in the duo finally noticed Phil’s presence and jumped in a fright. “Jesus, how long have you been standing there, Mr. Invisible?”

The male coworker was also overtly taken aback by the “sudden appearance” of Phil, capitulating, “Well, that’s a fucking relief. Now we don’t have to argue anymore about how long it’s going to take someone in the office to determine we’ve been going at it like rabbits in the supply closet.”

This graphic image made Phil uncomfortable, and he backed away with his coffee mug in tow in response. For all he knew, they forgot about him the second he left the room. That was his superpower and his ultimate bane: a cloak of invisibility that could never be taken off in the instances when he wanted it to be. Like right in the space of this very second, when he just wanted to get the fuck out of the restaurant he had managed to finagle a modicum of service in long enough to be presented with the dish he ordered (predictable in its banality, pasta with butter and cheese) before being quickly forgotten thereafter. At first, he wanted to give the server (he knew the word waitress was a dirty term nowadays) the benefit of the doubt, watching her frantically flit from table to table with her increasingly annoying in its fakeness smile–the one that suggested, “Yeah, I’d fuck you in the kitchen if the tip was high enough.” Of course, she never would, and that was the mark of a truly adept server: conning people into believing she actually cared about their needs.

She didn’t bother with that con when it came to Mr. Invisible, who gave her an ample twenty minutes to “find the time” to sanction his much desired leave by bringing him the check. That’s when he decided to at last take destiny into his own hands and go up to the front where the bar area, and a point of sale where his card could be swiped, rested. Nothing. It was like there was a cement wall between him and the only bartender “working,” also known as chatting up an older female patron who looked to be on her fifth glass of white wine. For Chrissakes, thought Mr. Invisible, how was a woman who got drunk off of white wine more interesting than he was? Just because she had the correct orifice and he didn’t?

He even reached a point where, to prove the extent of his invisibility, he began to execute jumping jacks of an especially bombastic nature. Nary a glance was thrown his way by anyone in the restaurant. It was then he figured, “Fuck it, I’ll just leave.” Of course, he had figured wrong. For the second he stepped out of the place, the server, her cunt mouth of a smile being wiped instantaneously off, saw him, bolting after him while shouting, “Food thief!” It was his good fortune that as she “chased” (a term inferring the other party was running) after him, a police officer just so happened to be walking by, all ears to hearing the server’s tale of how she had almost been bamboozled by a ditching diner.

At the very least, however, there was the comfort that, for the weeks he spent in lockup after being forgotten by the few people aware of his existence (as well as, of course, the bureaucratic powers that be), no fellow inmate could hone in on his presence long enough to develop much of a taste for his fresh meat of an asshole.