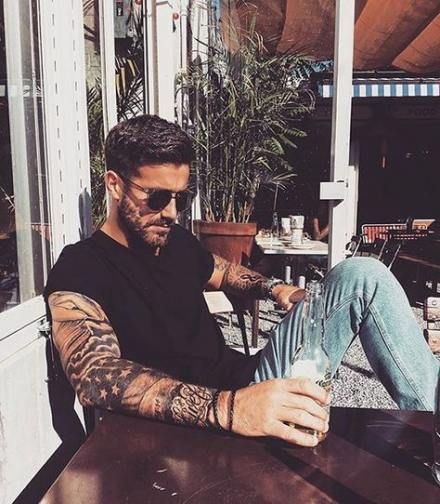 Poetry, contrary to popular belief, does not speak to one’s soul. For it does not make much money. Not just “these days,” but ever. Possibly because, despite what many poets think about themselves, just about anyone deluded and narcissistic enough can do it (granted, as with all mediums, some products are worse than others). If film and TV–or Tik Tok videos, at the moment–weren’t so lucrative to fame and fortune, Los Angeles would probably be far more chock full of “poets.” But as it stands, the competition is relatively low, especially as compared with that other circle jerk of literary “culture” known as New York City (more specifically, Brooklyn, where even graffiti on the bathroom passes for “meaningful prose”).

Regardless of this fact, the L.A. poet (an oxymoron, admittedly) is still expected to be attractive. The only exception being if she is a black woman or they are a trans person. This is the only time the city will make a concession of acceptance to “allowing” someone the chance to publish something or read publicly. For it perpetuates the myth of California as a “liberal” place. A place that’s “open to all” (at times, it feels like the Statue of Liberty should be here instead, for the Golden State is much more notoriously embracing of crazies of all classes and ethnicities [see: Richard Ramirez]). But it is not. Just like its NY counterpart, there are unspoken rules to adhere to when “making a name for oneself” (oh, but what’s in a name anyway? Especially when the most luck a being can hope for in this town is ending up with enough cachet to be buried in Hollywood Forever Cemetery).

One of those “tenets for success,” if you will, is being “effortlessly” good-looking. For a male poet in L.A. (or, more to the point, Silver Lake)–and this was about the most glaring example of “poetry in L.A.” there could be–this entailed having tattoo sleeves, an olive tan, a full head of luscious, strategically gelled hair, a sort of neo-take on the James Dean jeans and t-shirt look and wearing sunglasses throughout an entire Q&A session about a book you left your body to write. A book you have to wonder if you even wrote yourself or if it was entirely the weed. The weed you didn’t used to need to rely on so heavily in order to conjure your friend, “the Muse.” She used to be more willing to come over and chat, but one supposes she’s very busy in a place like L.A. You didn’t need her as much back in Minnesota, nor did you need so much of a steady intake of the ganj, but you wanted to be able to “vibe” with all your fellow “artists”–and, more importantly, those capable of getting your work before the short attention-span’d eyes of publishers. Like the one your agent ultimately struck a deal with, Flowers and Moonbeams Press, in order to put out your slim volume of twenty poems about different parts of your penis, entitled simply, Privilege. Incidentally, ever since you finished writing it Minnesota, you haven’t been able to get inspired since. One supposes you’ve been too busy actually sticking your dick in aspiring actresses to find much time to write about it anymore.

Except tonight. Before you make an appearance at one of the few local bookstores to promote Privilege for the umpteenth time. Even you are tired of chatting about your “gold member” (a term very obviously stolen from Austin Powers, but then L.A. “literati” love a pop culture reference). You want something else to peddle and promote. So you try to focus. On something. Anything. The smoke wafting from your lips, the sound of your sink dripping (it’s an old apartment in Los Feliz, and this sort of “quirk” is to be expected no matter how much money you make). It’s no good. You’re going to be late. And you would not want to be late to an event centered around you talking entirely about yourself and your “process.” Even though you are not in film, you are just another part of L.A.’s illusion machine, assuring people that there really is something behind the curtain of the grand Wizard of Oz, and not just a confused and afraid little man who only got this far based on luck and chance alone. Well, and those aforementioned requisite good looks. They’ve served you well, gotten you this far. Been held up as a reminder to those other scant few poets in the vicinity that they’ll never make it in this town in any artistic pursuit without some amount of a chiseled husk. And yes, a husk is all they’re really asking for. Los Angeles has never much been one for “content” so much as form. It is a beautiful place that demands beautiful people. Just because someone is a poet does not mean they are permitted the luxury of being a blemish on this unbesmirched land. After all, ugly people have always been notoriously unsuccessful (unless, of course, they’re comedians–“funny is money”). Why should that be any different for those billing themselves as being part of an “intellectual” medium?

Yet sitting up there–sunglasses firmly planted–on the platform posing as a stage at this small independent bookstore where his “slim volume about a fat wang” was a constant bestseller, he felt hideous, as though he was being submerged in filthy, contaminated water. Pure water that had turned to sludge, overtaking every inch of his perfect body. As he stated, in his book, however, “A dick doesn’t have to function/Don’t let that cause compunction/All you need do/Is make sure it looks smooth.” And he did. What did it matter if he was further spreading the message to anyone in the audience who might actually be genuine in their intent that they didn’t have a prayer? Not in any major city and certainly not in El Puto de Los Angeles. It wasn’t his fault, he told himself, as he recounted an anecdote about shooting up in Minnesota. You’re as young as you feel and as morally reprehensible as you acknowledge yourself to be.