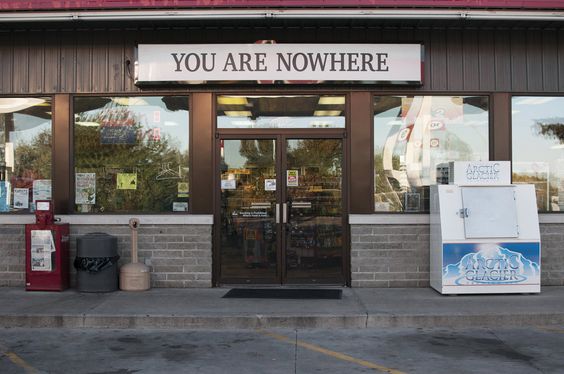 Even though the circumstances that led him back here were technically extraordinary, he still felt like, well, a loser. In flagrante delicto. Forever caught in the act of being a cipher by his parents, constantly picking up the pieces in some way. This had been a long-suspected fear of his anyway despite his initial ability to cultivate a veneer of being “on the track for success” earlier on in life. Namely when he got into UC Berkeley. But, in order to keep that same veneer up, he didn’t major in something necessarily useful, like actual law, but instead, “Legal Studies.” He couldn’t recall now, really, why he chose something so vague and inutile. Maybe because, as usual, it was something that sounded good, ultimately bearing no meaning behind it. That was his whole gig, as it were. To never delve too deeply beyond the surface of things, nor to allow others to delve too deeply either. Especially when it came to actually scrutinizing him. That would result in complete and utter catastrophe.

For a time, he was able to maintain this ruse, particularly for his parents. Because to engage with Rita and Leonard on too “heavy” of a scale would be to conjure an unfortunate wrath. To let them know he was anything other than “fine” would mean, to them, that they would have to “deal with” him. And not doing so was what they had made their entire parental career out of. For his other two brothers, Sam and Eric, everything had been easy. They were not sensitive, nor confused. Merely testosterone-driven and prone toward the marriage and kids path after sowing enough frat boy oats in college. Franklin yearned to be like them. But how could he be when his name was Franklin? It was as though his parents had set him up to fail from the start. Doomed him to be an outsider. One who, at first, sure, might come across as “fey” to the untrained eye, but upon talking to him, anyone would soon learn that there was nothing worldly or mysterious about him. He was simply a blob. From suburbia. Dipping down to Berkeley, not even San Francisco, from his own small Northern California town.

He could have probably entered the Guinness Book of World Records for as many times as he ascended the Campanile. The only activity at Berkeley that brought him any joy. Maybe it was his underlying connection with an outcast like Quasimodo that lent him such an affinity for a bell tower. In fact, he even considered doing away with the pretense of Legal Studies and focusing entirely on being a carillonneur. He could have joined the carillon program, assured himself the security of specializing in a specific trade. Something that not everyone could do. But, as usual, he shied away, opting to get a job as the elevator operator inside the tower. How expectedly mediocre, he mumbled to himself back in his room. His room that was always empty thanks to sketching his roommate out early on. Because yes, Michael had been more than slightly perturbed when Franklin started babbling about how he could understand why serial killers did what they did, and that California was known for being the state to have spawned the highest number of them.

From that point on, Michael started spending a lot of time at his girlfriend’s off-campus apartment. “Real” college experience be damned. There was nothing “real” to Michael about spending any amount of extended time with his freak roommate. And Franklin was written off as a freak by most. While Berkeley theoretically embraced such types, Franklin was, alas, the wrong type of freak. Awkward and disturbing rather than passionately pinko. That’s all anyone ever wanted to talk about: politics. Franklin couldn’t bring himself to tell anyone that he was Republican. A political position that made him all the more outré on that campus. And one that caused him to realize just how deep within his veins the small town he hailed from ran. Like a disease, he could not shake Brockville. A town whose insignificance was confirmed by ending in “ville.”

Of course, he tried for as long as he could to avoid returning there. To fall into the trap of how “easy” it would be to just slink back in submission and get some soul-sucking cubicle job in an office park where every day he would eat lunch at some grotesque food chain like Islands or Red Robin. And others around him would be so content in doing so that he, in turn, might be able to convince himself of his own contentedness. That it wasn’t “so bad.” Just bad enough to make one need antidepressants. So he dug his heels in, finding himself in San Diego, Los Angeles and then, finally, New York by the end of his twenties. All in one endless dash to avert the inevitable: a surrender to the nest. Some part of his parents likely always knew a child “like that” would have to come back at some point. For he was not equipped for the world “out there.” The one beyond Brockville.

Try as he might to disguise that from the rest, it came out eventually. In his inability to function, to feign liberalism. Even though he had long ago started caring less about hiding his sexuality, letting himself go hog wild in metropolises with a higher density of queer dick. But in so many regards, having dalliances with other gay men only made him feel all the more out of place. Because he could not identify with them. And if he couldn’t identify with them, then there was truly no one else on Earth to make him feel even remotely at home on this planet.

He was forced to apprehend this revelation as news of the virus hit the city, closing down just about every enterprise, including his own. That is to say, he procured the “bulk” of his income from extra work. As in, being an extra on TV shows. Not exactly the safest profession when going up against contagion. In any case, with all job opportunities stripped from him for the foreseeable future, it became pretty evident that New York was useless to his present cause: not going broke. There wasn’t even any steady gay he could quarantine with. He’d be forced to sequester alone with his stern mid-fifties roommate who was overcharging him for a couch in Harlem. The whole thing–his sad, stupid life–was put into this sharp, unwanted focus in the span of forty-eight hours as he booked what would be one of the last flights into California, informing his parents that, yes, he would have to “crash” there for awhile. What an appropriate saying. For he had never felt more like he was trying to pull himself out from the wreckage of his existence.

One day, while re-watching the musical episode of Daria called simply, “Daria!,” Franklin couldn’t help but burst out laughing to himself as Daria sang in her iconic monotone, “I always knew I’d die in Nowheresville, but I didn’t think I’d die there quite so soon.” Indeed, he had never felt more attuned to the sentiment. Except that death wouldn’t even come in the form of something as glamorous as a novel virus, no. Instead it would creep up slowly as a mere result of returning to suburbia to atrophy.