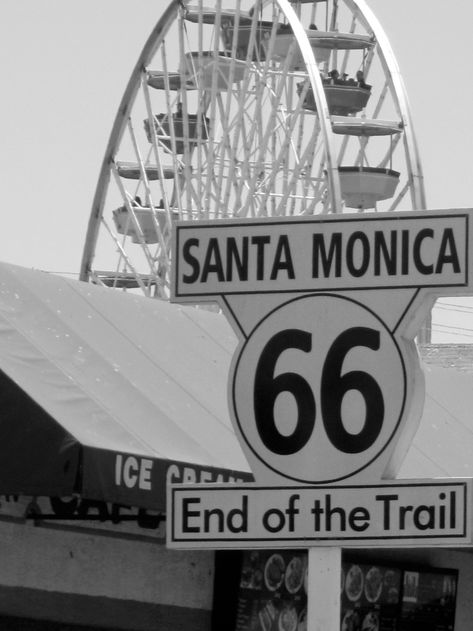 It seemed like something that would have happened in Rebel Without A Cause. Ages ago, in the 1950s, when gangs took to using cruder weapons than the coward’s device: a gun. And that it should happen in such a “sweet” milieu also spoke to the decided post-war feel, rife as it was with “wholesomeness” that belied a sinister underbelly. A certain rage brewing beneath the surface on the part of the youth that would boil over as the 60s approached. Which would explain “greaser” gangs that cropped up in California during the time, immortalized by the likes of The Outsiders (even if it took place in Oklahoma, it was a Fresno librarian who helmed the storyline) and, what else, Grease (albeit with the usual Hollywood whitewashing).

There was somehow, thanks to these depictions, a decided “innocence” and “nobility” to any violence or animosity within the context of a post-war era “gang.” A word that deserves quotation marks for the fact that it seemed too harsh to describe well-coiffed, leather jacket-wearing boys sporting cuffed jeans. There was something too precious, too well-manicured about this style of gang to ever believe they could really be capable of wielding a knife on a rival gang member, instead whipping one out that turned out to be a comb they would suavely brush the side of their hair with as a form of peacocking that only the hetero male would try to execute.

Melody had worked at The Albright for the past couple of years as she attended Santa Monica Community College, never seeing anything more scandalous on the pier than the usual roundup of fat tourists in Bermuda shorts and visors. She had grown used to the nondescript look of the ilk that tended to flock to the pier, nothing like the era when Natalie Wood was making Inside Daisy Clover. It was true, attractive people used to comprise the majority of the clientele at the boardwalk. Now it was all uglies and the sort of homeless people that could still be described as “gypsies” as opposed to outright homeless, mainly because of their willingness to at least attempt to perform–to showcase a “talent,” usually musical. After all, this was a town that prided itself on the parading of pop culture. If you couldn’t make money off that in some way, then you might as well move to the Central Valley to try picking grapes. Something Melody had thought about doing repeatedly since her years of living in L.A., feeling a bit like an anomaly as she studied Public Policy, everyone else around her seeming to want to talk about their favorite shows and movies, or how far along they had come in developing their own screenplays. Meanwhile, all Melody was trying to do was make ends meet and secure a job as a policy analyst when she finally finished her degree.

All that changed on the night of the stabbing, as she went about the business of closing the restaurant. She had told her co-worker, Juan, to go ahead and leave, she could handle the rest of it. There were only a few errant surfaces to wipe down and then she would simply lock the door and depart, another four-hour increment of her life down the drain for the sake of sixty dollars before tax. She would then drive back to her efficiency apartment in Glendale, sucking up a good portion of that paycheck for gas. And apparently all of the remaining energy she had, for suddenly she realized she had fallen asleep at one of the tables. When she checked the clock, she was shocked that it informed her the time was now one a.m. How could she have let herself enter Dreamland for so long? She then apprehended the irony of that inner scolding, for L.A. was the place still referred to as Dreamland.

As she resumed the final touches on the process of closing, she ruminated once more on the very minimal return on her investment for all the effort required of this job. It was all an impossible Sisyphean nightmare that she tried not to think about, yet was the only thing crossing her mind as she stood in front of the door, locking it meticulously, and heard a figure scurry behind her as it ran toward the pier. At first, she thought the shadowy apparition was trying to be clandestine, but that turned out to be false when he screamed out unabashedly as he approached a trio of silhouettes off in the distance, deeper into the pier where you could better overlook the ocean. She felt a chill go up her spine, an intuitive reaction to something terrible she could sense was about to happen.

In her heart, she knew she ought to linger and see what was going to take place, perhaps be the one to call the police if necessary. But her head was the one telling her she really needed to get a move on if she didn’t want to be privy to something nefarious. Granted, a million nefarious things went on in Los Angeles any given night, yet this was somehow the first one that Melody had been party to. She was quite sheltered in her existence in this sprawling metropolis of amorality. Staying inside most of the time as, despite her “good looks,” they were only, at best, average in a place like Los Angeles where beauty ran as rampant as ugliness. She surmised that’s why she found it difficult to get a date. Or maybe it was her inherent shyness that staved most people off. Even Juan, who was starting to feel distant despite their initial workplace rapport. And maybe it was this thought–the thought that if she threw herself into this moment, something meaningful and wondrous could at last happen to her–that led her, as though in a trance, to the edge of the pier.

The commotion was only escalating now, and Melody gravitated toward the throng all the more rapidly. She had no idea what she was planning to do once she actually got in front of them. Say hello? Ask if they wanted to see a movie sometime? Maybe this was the friend-making opportunity of the decade.

A true friend stabs you in the front–that’s what she remembered as she went down, stricken with the pain of the knife in her chest as she fell to her knees, as though praying to God. Or whoever was up there laughing to themselves about the Wildeian irony of this type of death. One of the men came out of the shadows, all at once illuminated by flecks of green, red and blue–the still flashing lights of the Ferris wheel, like the aurora borealis on his face. He sported a horrendous scar–ostensibly from a stab wound, of course–that had left a discolored line across his cheek and the bridge of his nose. He sneered at her, “You oughta be more careful. It’s not wise sticking your nose in other people’s business.” Melody felt it sounded like another 50s movie-esque line, and she wondered if she had gone through some sort of portal in time while at The Albright that she wasn’t aware of.

Yet they were all dressed modernly enough–no sign of leather jackets or cuffed jeans. Not even slicked back hair. So why was this happening? What the fuck era was she supposed to be in? The others remained shrouded in the shadows, and she never got a look at their faces as they fled from the scene.

She knew that perhaps if she hadn’t gotten involved, it would have been one of the others who had been stabbed, and in that instant, she consoled herself, feeling she had performed an incredible act of “Good Samaritanship.” She was, to use a 50s turn of phrase, a real Johnny-on-the-spot. Ready to appear on the scene when needed, to save another soul in harm’s way. She hadn’t thought it through about who might be able to save her though.

She bled out onto the pier for the rest of the night, dead by dawn. Who would be the one to close The Albright that night? she wondered. In the movie of her life, the camera would now pan back to reveal that, in a moment of pure California poetry, a sign by the part of the pier near her workplace read: “Santa Monica 66, End of the Trail.” That it was.