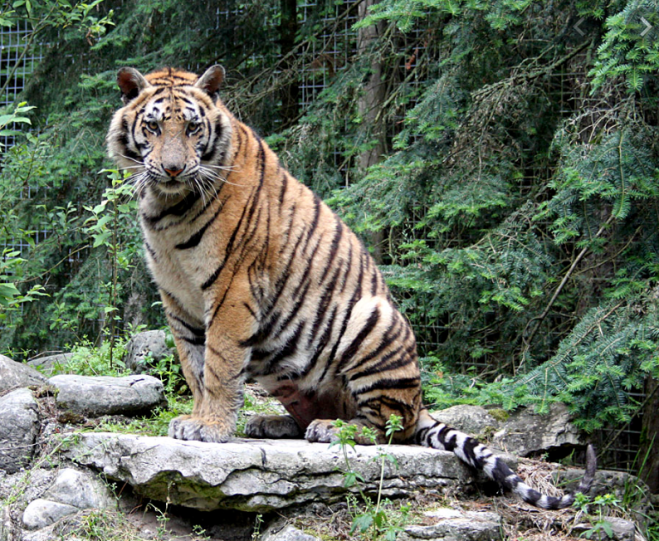 He was what you expected a zookeeper to look like. Especially one who worked not so much at a zoo, but a “sanctuary.” The number and variety of animals being much more limited. He wondered sometimes how his life might be different if he was attractive. If perhaps it would mean actually getting hired at a more prominent zoo, like the Living Desert in Palm Springs. But no, he had been reduced to being small-time. Remaining in his marginal hometown where the largest zoo was merely a pathetic menagerie of raccoons, squirrels, deer and some random birds. Too many fucking peacocks–always surrounding him, always goading him. Strutting around as though to lord their “attractiveness” over him. He wanted to rip their goddamn plumage out in retaliation. But no, that would compromise his stupid job shoveling shit.

The owner of the sanctuary, Ella Delgado, was also what kept Eddie around. “Crazy Eddie,” as he heard some of the other workers refer to him when they thought he wasn’t listening. Some foolish part of him believing that she might one day fall hopelessly in love with Eddie, the way he had with her. It was never to be, of course. And he had to wonder why she had hired someone as unsightly and uncouth as him. Maybe because she knew he could get him to do whatever she wanted for as little pay as possible. This, paired with the fact that she was aware he would be an “invisible man,” of sorts. For even if he did briefly need to make his presence known to the patrons of the zoo, they would barely register his existence. That’s what it was to be a cipher-like member of “the help.” The kind of help who performed work so degrading that others had to render the “performer” indiscernible. A camouflaged part of the “tropical” scenery. That was fine, Eddie was accustomed to his invisibility. And it was something that served him, allowed his stalker-ish nature to flourish.

He wondered if perhaps spending so much time among predatory animals is what further fortified his predilection for the stalker life. The lone exotic animal they had at the zoo was a tiger. His name was Pouncer, and his arrival there was a fluke. It happened that only Eddie knew the real story about how the creature had come into Ella’s possession. It was because her brother, Ritz, had been on a trip to the Golden Triangle for some of his, let’s say, black market necessities. While over there, he was finally granted an audience with the most powerful drug lord in the realm. He took such a shine to Ritz that he insisted upon gifting him one of his pet tigers. Ritz wasn’t about to offend the “lord” with a refusal. He knew he might end up with his head blown off. So there he was, back in California and saddled with a tiger that had been shipped to his house. To his unique advantage, he had a sister in the zoo business, and she was happy to take it off his hands so as to add something more “enticing” to her collection. The story she printed on the placard was that Pouncer was rescued from the “wilds” of North Carolina. She hoped no one would ask too many questions about how that correlated to Pouncer ending up in a California zoo, but then, Ella was well-aware that no one actually read, so it would probably be fine.

The only person who did read (at least when it came to the animals he was tending to) was Eddie, and he was quick to corner her about it. He creeped her out so much that she confessed everything and now it was like they shared some kind of dirty secret together. She didn’t want him to feel like she had any connection with her, least of all any control over her. He was starting to get on her last nerve, yet she didn’t want to fire him. Not now, anyway. But his time was running out. He was simply too odd, too disgusting to have around. Even for a zookeeper. It crossed her mind that she could use her erstwhile skills as an animal trainer (that’s what had gotten her in the zoo business in the first place) to condition her creatures to start lashing out at Eddie. As she did this, however, she had no idea that Eddie was taking his own stalking tendencies to the next level.

He had long known where she lived. That was something he got out of his system early on. He told himself he “just wanted to check it out,” and that would be end of it. He made himself believe he was only doing it to see how the other half lived. The “fat cats.” Ella was middle class at best, but she certainly had a more appealing home than Eddie’s ramshackle on the other side of the tracks. He sat parked in his truck all night, just watching her through the window. Grooming, eating, drinking. At around ten o’clock, a “gentleman caller” came over and Eddie wanked to the sight of them fucking with abandon on the living room couch. As if they didn’t care whether anyone saw or not. They then continued into her bedroom, where Eddie lost sight of the view from his truck. That’s when he decided to get out and poke around.

Much to his dismay, the curtains to her bedroom window were drawn. That’s when he saw it. An easy “opening” into her house via the crawl space right next to her bed, if his calculations were correct. If he wanted to, he could drill his way right in. But he shoved that notion aside. He was just here “to see.” This was a one-off. A matter of curiosity fulfilled. He lingered until the sounds of her moaning subsided and she seemed to go to sleep with the lucky bastard at her side. Eddie thought about finding out who he was and killing him with his bare hands. Instead, he left one of the snakes from the sanctuary in the backseat of the man’s car and let Mother Nature do her work the following week.

Ella had been working tirelessly to train the animals to have a violent reaction to Eddie’s “essence.” His smell, as it were. So far, it was working best on the coyotes. But that wouldn’t be enough to secure his expedient demise. When she heard about Nigel’s death, she couldn’t help but immediately assume Eddie was somehow responsible. Who the fuck randomly has a snake appear in the back of their car? It gave her the goddamn heebie-jeebies. And she needed to put an end to Eddie now. This was about more than firing. This was about exterminating him altogether. Call it her “feminine intuition,” but she knew this fucker was plain no good.

Eddie watched her with amusement as she conducted her little animal training experiments using positive reinforcement. It was heart-rending, really, to see her try so hard. He knew exactly what she was angling toward, and it rather stamped out any shred of happiness he might have ever believed himself capable of. What was the use of his life if Ella and everyone else found him to be “foul”? He might as well cease to exist fully, since whenever his “personage” was acknowledged, it was only so that whoever did so could give him a disgusted glare. As though to demand, “What the hell are you doing on this planet?” Well, he would oblige their requests soon enough in terms of defecting. Just as soon as he indulged in one of his own.

The lie he had told himself was just that–a lie. He had returned to Ella’s house multiple times since that first night, and this was the one he was finally ready to take the plunge on. Though he considered the crawl space drilling method, he figured it was best to just be direct and break in. He wasn’t going to live much longer after the event anyway, so consequences be damned. Breaking down her door was easy, it was getting her to shut the fuck up that proved more of a challenge. He finally had to knock her unconscious, though he wanted her to be semi-present when he finally penetrated her. Fortunately for him, she revived around the second time he was about to cum, having turned her around to do so in what many believed was Caligula’s favorite orifice.

He grunted gutturally as she turned her head back and started screaming. It only aroused him all the more. He clocked her in the eye by jutting out his elbow, which quieted her down while he finished. Then he pulled out and let a sigh of relief emanate. He had never felt such satisfaction. So this is what people who had sex on a regular basis felt like. He hated them for not knowing what they had. Eddie knew what he needed to do next. He had been preparing himself for it these past several days, making peace with the idea of Ella’s death if it meant he could finally have his way with her. She resisted at first, put up another good fight–but it was useless.

It took a long time for Eddie to stop himself from continuing to fuck her dead corpse. He knew, somewhere within, that he was embodying all of the worst cliches about what people assumed regarding the “zookeeper’s persona.” Maybe he just wanted to fulfill the stereotypes to make it easier on both them and himself. With great difficulty, he extracted his dick from her mouth and got on with the next step in his Master Plan.

Back at the zoo, he let nature take its rightful karmic course. He opened Pouncer’s cage and let him out, taunting him all the while. His intention was to let the tiger stalk him, just as he had been stalking Ella. He hid from Pouncer when he could, but Eddie was to be no match for a tiger. In the past, he might have tried more willfully to flee from it. But after what he had done to Ella, he decided to let it overtake him. It was only fair.