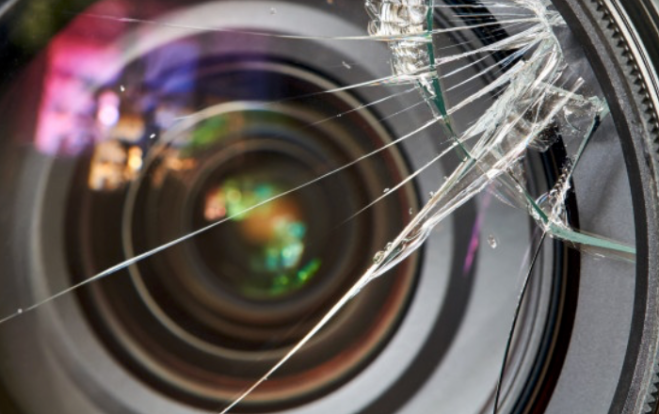 She was doing all right. Well enough, anyway. Not working on “big” productions, but productions that were respectable. Olena Kostyshyn was happy with “respectable.” “Modest.” What’s more, she figured her name was too “esoteric” (read: unpronounceable) for the American movie industry and, unlike most, she was unwilling to change it. Unwilling to change anything about herself, in fact. Least of all her style. Which is what Hollywood executives would like to bill as “edgy,” a polite euphemism for: totally jarring to the Midwestern audience. She knew all of this, and had made her peace with, at best, “making the scene” in London if she played her cards right. London would have to do.

And then Erick Solnar came along. He was an established Norwegian cinematographer who noticed something in Olena that no one else had. Working on a movie called Werewolves of Odessa together (she as the second unit director of photography), he took her under his wing, and in a non-sexual way too. It was more like he adopted a concerned big brother role. Wanting her to “hone her craft”—to use the gross phrase that so many filmmaking classes bank on in luring students—Erick suggested that she apply for the Master’s program at UCLA, where he also happened to be teaching. After her acceptance, Olena distinguished herself from the rest quite easily. Not just because she was a woman—a gender the industry was thirsting for in their bid to seem “inclusive”—but because her “Soviet bloc” sensibility brought something decidedly different to the (mainstream) table.

Some part of Olena knew that she should not share the benefits of her cultural outlook with the Hollywood machine. That it could not truly appreciate her view of film. Because her view was one that didn’t believe in profits over art. Yet she would then go back and forth doubting herself—because if she truly did feel that film should be about art, then what the fuck was she doing in Hollywood? How had she allowed herself to be so effortlessly beguiled? Not just by Erick’s flattery, but by the prospect of gaining some form of mass validation.

Sitting in her shitty motel room (the budget of her current film had resulted in this) in Nevada, Olena lit a cigarette and poured herself another shot of whiskey. Tomorrow would be a grueling day of shooting, and she wasn’t going to have any help as the rest of her crew was planning a walkout. This was only her third movie with a major studio, and already she was seeing why so many people in the industry had heart attacks. Or resorted to drugs that ended up giving them a heart attack. Although she was well-liked by the crew, they couldn’t abide by the horrific working conditions that were immediately apparent on the set of Dust, a vampire Western that starred an aging white male actor who used to have more cinematic draw in the 80s and 90s.

Olena had actually only been attracted to the project precisely because Alfred Caulfield had agreed to sign on. She couldn’t imagine the level of his desperation to reduce himself—once the greatest romantic lead in the business—to a grotesque vampire willing to look as old as possible for the majority of the scenes (the plot was centered on his inability to seek nightfall in a ghost town [as in: filled with actual ghosts] where it was perpetually day). Were it not for the endless creative possibilities for her cinematographic skills, Olena would have rebuffed the project. But no, apparently “Destiny” or whoever had other ideas in mind. Ideas that involved her becoming the sacrificial lamb for a “cause.” One that would never actually be heeded. There would be the usual initial amount of posturing about how the industry “needed to change.” That the old ways “would not stand.” And that Olena’s death would not “be in vain.” But yeah, actually, it would. Because after enough time passed, things would go on as they always had.

Of course, Olena had no idea what was coming that night in her hotel room as she smoked and drank to her heart’s content in order to mitigate the pressure she was feeling. The impossible demands of this job made all the more impossible by a restrictive budget and a disgruntled film crew that would not perform until they were treated with the respect they deserved. She knew they were in the right; she just wished they could have waited a few more days to pull this stunt. No pun intended, or whatever. Because overseeing Alfred’s scene involving a prop gun the next morning was going to be a supplemental part of her job description. It didn’t help that he had invited himself into her room before they wrapped for the day and that she was expecting him to arrive any moment. Resultantly, they would both be hungover the following morning, making for a difficult process.

It wasn’t the first time since they arrived in Nevada that they had sex. In fact, Olena seemed to have lost count of how many times she had allowed him entrance. She knew it was ill-advised, especially with women already not being taken seriously on a film set as it was. But she found herself genuinely overpowered by his “star quality,” still seeing him as the man he used to be in his prime as opposed to the overweight bullfrog he had become. Even though the sex he was capable of certainly erased any ability for her to be starstruck, for it was usually three pumps and he was done. But at least he was willing to eat her out when he was through. That was something…for an American man.

He rolled over when she finished and reached for the pack of cigarettes on the nightstand. Lighting one, he slurringly remarked, “You know what I like most about you? That you smoke.” After he had a few puffs, she snatched it away from him to smoke the cig for herself. “You know what I hate most about America? How expensive cigarettes are.” She blew a plume of smoke in his face. “So don’t fucking steal mine.”

Alfred laughed. “You’re too blunt to last in Hollywood.”

She countered, “I thought they wanted you to be ‘hard’ here.”

He arched his brow. “The men can be hard—in more ways than one—but not the women. Remember that. There are consequences for that.”

“Fuck you,” she riposted and then told him to get out of her hotel room because it was the perfect time of night for no one to catch him leaving it. And no one did. The last words of tenderness between them were spoken by Alfred, who said, “I don’t think I would have survived all these weeks on this shit movie without you.”

Ironically, of course, it was to be Olena Kostyshyn who did not survive. It was the usual story about a prop gun. Miscommunications at every level leading to an actual misfiring, etc. Yet all of the sudden, Hollywood was ready to bill her as a real “up and comer” with “so much promise” and “being on the precipice of greatness.” Where were all these comments before, Olena had to wonder as she cringed in her hospital bed thinking about how many times her last name was going to be mispronounced on the news. She knew from the moment the bullet hit—seeing the stunned look on Alfred’s face—that it was over her, and she had plenty of hours to think about everything before taking her last breath at that hospital in Carson City. Go to Hollywood, they said. Monetize your talents, they said. Otherwise, what’s the point in having it at all? She rued the goddamn day she stopped listening to her own internal voice.

Now this: death for “art.” Yet it had not been the art she had wanted to make. This was another movie she agreed to for the sake of “building a portfolio” and “later” being able to do what she wanted creatively. Olena never imagined there was not going to be a later. And she also had to wonder, from beyond the grave, why it seemed that prop guns went off on all the movies that were not even worthwhile. They were simply more “filler”—lacking in the artistic merit she had hoped to get under her belt before departing from this Earth.