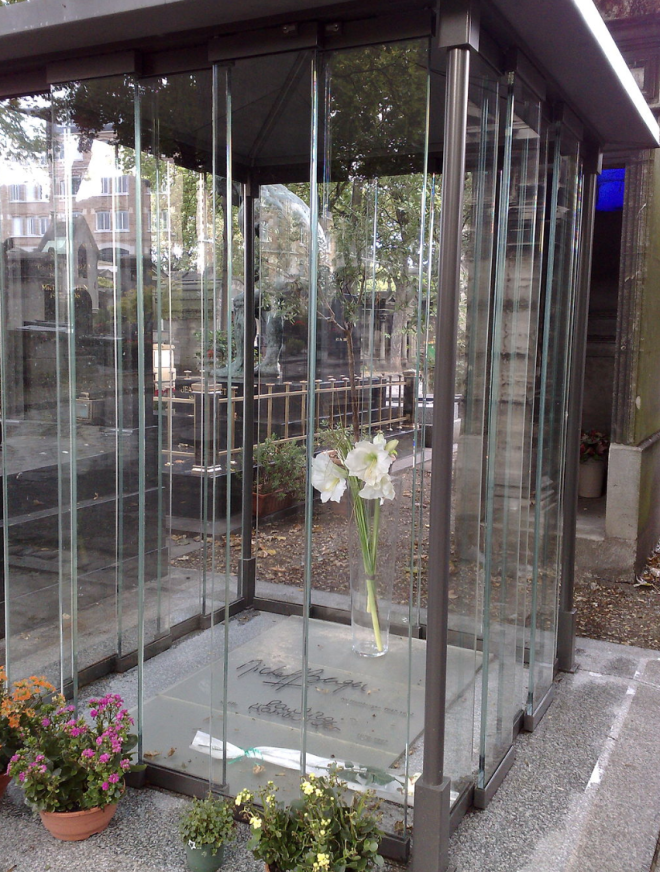 Like most Americans, Ben Ressen had no idea who France Gall was. Not until that rather dramatic day at the Montmartre Cemetery when he decided it was time to cut Giselle loose. Although he had been on her hook for quite some time, he was no longer as enchanted as he once was by the sex to make her “neuroses” worthwhile. He himself ignoring the fact that the male breed is the most neurotic and sociopathic species in existence. Not to mention ignoring his own misogyny in telling his friends things like, “What can I say? The crazier they are, the better in bed.”

This was a line he would often give in response to his American friends asking why he still continued to stay with Giselle when he was constantly complaining about how “crazy” she was. Or detailing them with one of her latest over-the-top suicide attempts in response to his ever-looming threat of leaving her. She would cry out that she despised him, that he was the worst person to have ever walked the face of the Earth. He would then rebut that if he was so terrible, why did she continue to stay with him, to obsess over their relationship? Giselle would quickly reply that she kept hoping for a miracle and that he would be restored to the man he was when she first met him: sweet, kind, attentive. He didn’t have the heart to tell that’s how all men act when they first meet a woman they’re interested in. Before the veneer not-so-gradually falls away.

Ben’s veneer had long ago slipped into some Paris gutter. And even trying to force himself to keep staying in the city until he could find his own place was feeling less and less worth the mental toll it took to go on living in the same quarters as Giselle. Granted, they were very nice quarters. Especially for someone as unstable as her. She had been given the gift of a one-bedroom apartment near the Louvre by some loony, well-to-do aunt who spent most of her time in Spain. And yet, rather than being grateful for it, Giselle was irritated… by the location. Constantly complaining in that cliché way that Parisians do about having to be surrounded by tourists. Worse still, “fat tourists.” A not-so-coded word for “American.” And yes, Ben was more frequently starting to take issue with Giselle’s relentless mockery of his countrymen. It’s not that he thought America was the “great” place it had always made itself out to be, it was simply that she was guilty of the very thing she essentially accused Americans of: self-superiority. Of course, the French had “earned” that right to such a sense due to their history (a far more rebellious one than most other nations). Whereas U.S. history was far too germinal by comparison to show anything like true fortitude… especially not in recent years. This “source of contention” was becoming just one of many catalysts for their arguments. Which had gotten so out of hand in the last few months that Ben decided it was time for him to go home for “a bit” and “think things over.”

Naturally, this sent Giselle on one of her “suicide tirades,” as she proceeded to lock the bathroom door and draw a bath while screaming that she was going to do it tonight—finally let herself bleed out. But Ben had grown immune to these idle threats long ago, and he was aware that Giselle didn’t really believe he was worth ending her own life over. Nonetheless, he grew a bit worried when he heard her turn up some 60s-era “yé-yé” music (“Yé-yé, qu’est-ce que c’est?,” he had once asked her after she brought up how much she enjoyed the genre). One of those yearning ditties sung by a woman he would later come to understand was, of all people, France Gall. That is, upon deciding to listen to her music after that morbid day in the cemetery.

Being French, Giselle had a predilection for what would otherwise be considered “dark” subjects by Americans. This included regular cemetery tours of Paris where she could be reminded of her mortality. She told Ben that it was important to never forget it. To live life with the constant remembrance of its fragility, its ephemerality. Much like romantic relationships. Of course, Ben wasn’t going to chime in with that little sub-aphorism, lest he send Giselle into another histrionic rage. However, upon his return to Paris after the “little break” he wanted to take (returning, ultimately, only to say goodbye and collect his things from her apartment), he could keep such sentiments inside no longer.

And it was at Montmartre Cemetery that all of his repressed anger toward her bubbled to the surface. As she insisted upon him standing with her in silence in front of Dalida’s grave, all he did was sneeze. This prompted her to tell him to be more reverent toward hallowed ground. In response, he burst out with, “You’ve got some fucking gall! Telling me to be reverent when all you do is shit all over life with your constant suicide threats.” Before he could continue—and he was really starting to get going, too—a pair of plump, pale German women approached them. They were either unaware of the tense moment between Ben and Giselle, or completely inconsiderate of it. For one of them asked without abashment, “Excuse me, but do you happen to know where France Gall’s grave is?” Neither Ben nor Giselle could believe the timing of this query, what with Ben having just brandished that very word at Giselle. Their blinking silence compelled the other woman to clarify, “It’s supposed to be very prominent, and we’ve already been to all the other big cemeteries, so it has to be here.”

At last, Ben was the one to reply with, “No, I’m sorry. I’m afraid we don’t. To be honest, I have no clue who France Gall is.” Giselle appeared utterly ashamed as she interjected, “Of course you do, I play her music all the time.” Ben shrugged. “Oh, okay.” It was then that the German women picked up on how awkward the situation was becoming, with the first who had spoken abruptly offering, “Well, thanks anyway” and the duo then scurrying away as rapidly as they had appeared. They looked a bit like floating Hummels.

As soon as they were gone, Giselle immediately laid into him with, “I can’t believe you don’t know who France Gall is. Shit, do you even know who Dalida is?”

“Do you pay attention to anything I do? Any of my interests whatsoever? This is the music I’m listening to all the time.”

“To be honest, Giselle, I have to drown you—and your music—out all the time in order to survive here.”

She stared daggers at him. “Really? So you’ve made up your mind then. Leaving Paris are you?”

He ran his hands through his hair and started to walk away. He couldn’t deal with her shit anymore—her emotional baggage had landed on him for the last time, he decided as much right then and there. She chased after him, shouting sarcastically, “Or would you rather spend some more time in my apartment until you sort yourself out in another girl’s place? Huh? Is that what you’d like instead of crawling back to America beaten and bruised by la vie parisienne?”

Ben quickened his pace. He had to get away from her. She was driving him mad, determined to infect him with her own insanity. But the faster he walked, the closer she seemed to follow on his heels. She was like a shadow he couldn’t shake, wanting once and for all to excise it like Peter Pan more or less did. Galvanized by the prospect of his escape, he started sprinting. He laughed a little to himself, thinking how appropriate it was for a relationship to take its final gasp in a cemetery. But he closed his eyes for too long, not seeing, right away, the giant glass encasement in front of him that just so happened to be France Gall and Michel Berger’s tomb. Smacking against it at full force, he whipped backward and knocked his head against the ground, rendering him unconscious.

When he came to, the two German ladies from before were standing over him bearing expressions of concern, one of them stating the obvious, “You found it. You found the grave.” Meanwhile, Giselle herself was nowhere to be found. She didn’t even bother to call for help of some kind. The fucking gall of that bitch. Then again, he did just break up with her against her will right before the karmic smackdown she herself seemed to have orchestrated.

Upon making his way back to her apartment—roughly three hours later—he was further vexed to find that either she truly was not there, or she wasn’t answering the door. Either way, she had placed all of his things outside in the hallway, including an item that didn’t belong to him until she decided to gift it: a France Gall record.