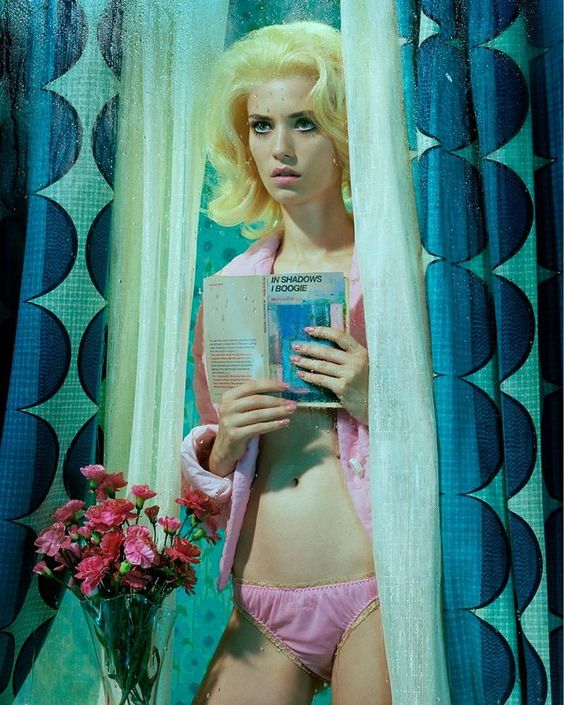 As a house-sitter, Eleanor had stayed in her fair share of creepy homes. It went with the territory of her profession. It was a “hazard of the trade,” if you will. But there was something about this client’s Victorian home that was more ominous than most others. Granted, Eleanor was no stranger to the Victorian setup, being a long-time resident of San Francisco. The architecture style was bound to pop up sooner or later in her line of work. And whenever it did, unlike most, she dreaded the thought of staying in a Victorian. She knew that all of these structures were made with what essentially amounted to blood money.

Compared to the people she worked for, Eleanor was much more inclined to acknowledge the unpleasant history behind most of San Francisco: the Gold Rush. It was why there were such ornate, lavish Victorian buildings in the first place. When she tried to get into a conversation about it once with a woman who didn’t even live in a Victorian, she got extremely uppity—particularly at the mention of the term “Comstock Lode”—and shut down the entire conversation. It was as though the rich whites had made a pact long ago to never actually discuss the ickiness of what their generational wealth was founded on. And Eleanor, in bringing that subject to light in any way while in their presence, was somehow impinging upon that tacit pact.

What she would have continued to tell Mrs. Pastelle, had she given Eleanor the “privilege,” is that, were it not for the boon of discovering the Comstock Lode, the gold miners seeking to turn San Francisco into their “forever home” might never have been so ready to ball out on the cost of building a Victorian edifice. George Hearst—William Randolph Hearst’s daddy—knew something about that. Having given up the hard labor of actual mining in favor of using what he had earned already to purchase stakes in two mines that turned out to be the most fruitful of the Comstock ones, he was able to do that thing that all rich people do: reinvest. And then somehow make even more money.

Eleanor would have also mentioned to Mrs. Pastelle, as she prattled on about her concern over her eldest son being able to get accepted into an Ivy League, that Hearst had no formal education yet quickly became a senator representing the state of California. Which just went to show how much California, at one time, truly did embody the creed of the American dream: no matter who you are or where you come from, you can be whatever you want to be. For most people, that has always been: rich. Alas, it seems as though the forebears of current rich people sucked up all the wealth there was to be had for anyone else, leaving such lavishness solely to their progeny. It appeared, too, that suddenly, Californians preferred to migrate to the East Coast rather than stick around and embrace what their predecessors had risked so much for. California was dried up—literally. And even the rich people were feeling less and less inclined to remain in the overpriced cities of the state that only they could afford.

It was clear to Eleanor that her own honeypot of a gig could be less reliable as more affluent folk fled the city. At the same time, if they chose to maintain their property while not actually living on it, they might still need her services now and again. Her client with the Victorian, a venture capitalist named Rod Minton, was one such case. Although he had “washed his hands” of “dirty” San Francisco, he wasn’t convinced it was the right time to unload his property there. Enter Eleanor, who had made enough of a name for herself to be known in circles like Minton’s. He requested that she stay at the house four weekends out of the month to ensure it remained “lived in.” Or as lived in as a rich person’s abode could appear. Eleanor felt it was more about watering plants and getting the mail than anything else—such basic things that really were the foundation of running a household, even in this modern era. And so, despite the fact that Minton owned a Victorian in Presidio Heights (snapped up from other bidders on the property, like Julia Roberts), Eleanor agreed to take on the job. Against her better judgment. Again, Victorians just really gave her the heebie-jeebies.

But who was Eleanor to turn down good money for what amounted to little labor? This was as close as she was ever going to get to the new American dream of “passive income.” Plus, she did so enjoy her little jaunts to the Presidio Branch Library whenever she had to mind a house in said nexus. She would then meander into the park and spend the day reading… even though it was more comfortable to do so in a rich person’s home. But that was just it: a rich person’s house is not a home, and one rarely feels truly welcome there. And Eleanor certainly didn’t after that first night, when she could practically swear on her life that she had seen a pair of eyes staring at her through one of the back bay windows of the structure.

Because it was pitch-black outside and all-light inside, Eleanor couldn’t be completely sure… Yet the sneaking suspicion, the unshakeable feeling of being watched remained with her for the rest of the night. It prompted her to double-check that all the doors were locked and that all blinds—wherever possible—were closed. Those bay windows though… the view from the outside looking in could never be mitigated. And it was starting to fuck with Eleanor’s head by night two. There was no way to avoid this portion of the house. It was where the kitchen and bathroom were (even if there were multiple bathrooms, this was the one that was most convenient). Not to mention the reading area Eleanor had carved out for herself next to the fireplace. And the more she thought about trying to “hide herself” from view, the more it angered her. She shouldn’t have to suppress her being any more than she already did as it was on a day-to-day basis. For that’s what it was to be both a woman and financially unstable: constantly suppressing, catering. Being obsequious so as to “make it” in this life without ever really getting ahead.

Thus, on night three, she took her aggressions out on the invisible Peeping Tom by proceeding to do a frenzied, angered striptease. Whoever was out there would surely be taunted by her showcase. Maybe so taunted that they would slip up and get too close to the window. Close enough for her to corroborate that not only was there, indeed, a Peeping Tom, but also to snap a photo of said perv for the sake of a police report.

As she danced to the tune of Blur’s “I’m Just A Killer For Your Love,” she started to feel more than just a little bit ridiculous. Who was she really performing for? Some invisible man. A lurker that existed only in her imagination. It was then she realized that perhaps some part of her actually wished she was being watched. That someone “cared” enough about her existence to stalk her in such an involved manner. Stopping in her tracks in mid-dance move, she switched off the music and the lights. It was time for her to sleep, and put to bed any notions of some nefarious presence outside the window. Whatever she had seen that first night—if she had actually seen something—was probably just a raccoon, or some other standard-issue nocturnal animal. Like so much, it was all “only in her head.” This is what her exes had so often told her before breaking up with her.

The following morning, Eleanor was determined to leave as early as possible. She had had her fill of this Victorian, and would tell Minton that she would no longer be available to work for him, using some pretense like having found a “real” job that demanded all of her time.

It was a crisp, cool day in San Francisco, and the fog had rolled in. Maybe she would get a coffee and croissant on her way out of the neighborhood, she mused as she exited the building, making sure to lock the front door with care. While she did so, one of the aforementioned exes skulked out of the bush near the staircase and proceeded to follow her like a predator silently approaching its prey.