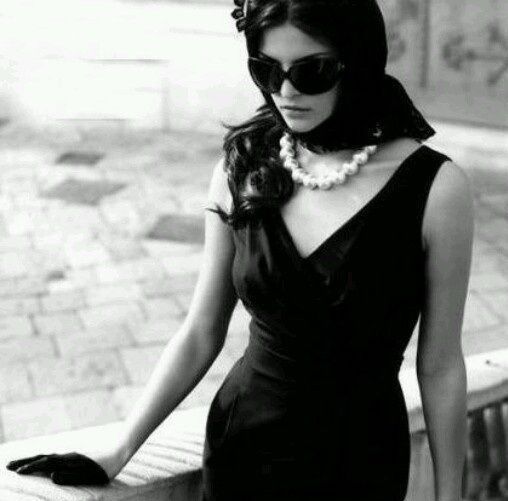 “Vous êtes une classe de belle,” he hisses like a snake as he slithers toward her. He assumes she doesn’t speak French. Because all women are paid for nitwits who only speak English around these touristic parts of the French Riviera. But there are occasional pockets–enclaves–of Muslims (mostly Algerians) not relegated to the banlieues as they are in other major cities of France, like Paris or Lyon. But even without the conventional banlieue divide, they make a place for themselves apart from the rest of the town. Cerise does not know this as she takes a wrong turn down Rue Suisse, where the men congregate. Men always like to congregate. It gives them the license to leer with more liberation, as though they’re safer from judgment by doing it in numbers. As though strength comes in a majority, even though, if she wanted to, Cerise could have taken all of them out with a single wallop. She had been training for most of her life in an aqua gym–not for any particular reason, just as a means to pass her free time. It had really left her with quite an undercurrent of strength coursing through her body, just waiting to be let out. If that meant through the happenstance of being overly tormented by whoever this serpent was condescending to compliment her, so be it.

She explained the uncomfortable scenario to her mother over coffee (after the completion of the latter’s health regime), the destination she was heading to before being stopped almost cold in her tracks from the feeling of someone invading her personal space, coming just one inch closer than he ought to as he uttered his trifling little compliment and she pretended not to notice. Feigned the expected oblivion of not knowing what he was saying. One assumes he could have dared to be cheekier. Gone so far as to say something like, “Je veux te baiser,” but one supposes he had enough decorum to rein himself in. To attempt a romantic introduction. At least, that was the logic Cora insisted upon as Cerise recounted the tale. Somewhat stunned that her mother was so unfazed by his smarminess, Cerise had to remind herself that the women of her mother’s generation were “accustomed” to sexual harassment, took it as par for the course. A natural part of a man’s “drive.” But what about a woman’s drive–or lack thereof. Then again, it wasn’t a lack so much as more careful discernment about what “frenzied” her pituitary gland. And in Cerise’s case, very little did. What’s more, with her fresh move to Nice to keep her mother company while she recuperated from a hip injury (her doctor had insisted that the exposure to sun and aqua sports would be the quickest road to recovery), she was further turned off to other human beings with the constant presence of inanimate beauty around her–from the brightly colored flora to the dancing palm trees to the hyper-pigmented hues of rich people’s houses. She would take to her daily walks toward the Cimiez area while her mother did her requisite aqua therapy course, giving her ample time to reflect on her past.

She traced the complete demise of her sexual inclination to around the time of Jacques Chirac’s presidential campaign, just five years ago when she was still twenty–which is theoretically when a girl’s sexual appetite should start to catch up with the boys around her. Not so for Cerise, who was coming into her “classe de belle” all over again after having a semi-torrid love affair with her 45-year-old French literature professor. That he was married only made it all the more facile for her to end things when the term was over and with it her experiment. The experiment being trying to simulate what an “adult” relationship was like. Or maybe just modeling herself slightly after the machinating ways of Cécile in Bonjour Tristesse. There was something that made her feel alive about having Professeur Manton wrapped around her finger (as opposed to having her legs wrapped around him), even tightening the string by calling him Professuer Manton outside of class as well. She knew, even in all her “virginality,” that every old man gets off on being called terms of respect. So she did. Even if she didn’t buy into him being a reputable man of letters at all. He was just another failed novelist who had to turn to teaching for his daily bread. And she was just another cliche tart of a female student hoping to “discover herself” through a dalliance with an older man. Well, she had discovered herself all right. Discovered that she never wanted to let another man, least of all a scaly, sandpaper-feeling one, on top of her again. That it wasn’t worth the part of her soul she was unwittingly forced to surrender with each penetration that increasingly meant nothing. At first, the empty feeling she would get after each “session” was something she chalked up to garden variety post-coital dysphoria. But, during her daily constitutionals along the Avenue Du Maréchal Lyautey, she had the clarity of mind to come to grips with the reality that it wasn’t as clinical as post-coital dysphoria. It was something more emotional than that. Something to do with the delicacy of her spirit as she surrendered it once more to another person who didn’t really care for her either way. Because to be a man was to inevitably succumb to at least a light level of sociopathy with regard to long-term invested emotive abilities. It’s just a natural course for them to lose fervor for the same thing over time–that “thing” being a woman who proves the adage, “Show me an attractive woman and i’ll show you a man who’s tired of fucking her.” Variance within a routine of service is key to sustaining somewhat similar enthusiasm, but even then there is no guarantee.

It was upon having this onslaught of epiphanies that she was making her way back to Nice Ville, taking that wrong turn somewhere that led her into the belly of the Algerian sanctuary. She tried her best to act unaffected, but she knew her body had tensed upon seeing them all, and that this visual manifestation of her instinctual fear only catered further to their lust. She hated to be looked at, but at the same time knew that it was almost worse to not be looked at, for a woman’s only timeless currency was her beauty–to be otherwise was to be invisible in a world that already saw women as replaceable ciphers. Nonetheless, Cerise wanted nothing more than to be ugly and old in this moment–to be totally undesirable to these lechers, these likely married men who cared not for adhering to the tenets of fidelity despite the self-righteousness of their so-called religion. What they cared for was what spoke to their eyes in the now. Cerise was the now, talking without saying a word. The steak dinner plopped before the den of wolves.

As she reflected upon her harrowing walk through the wilderness in the face of her mother’s undaunted expression–as if to say, “Oh chou chou, I’ve got far worse problems than you. Like being old and decrepit”–it occurred to Cerise that men genuinely think they’re boosting a woman’s ego by approaching her in this concupiscent fashion. That she “secretly” relishes the attention. But no, what she would relish is not being “classified” by her beauty. Or classified at all.