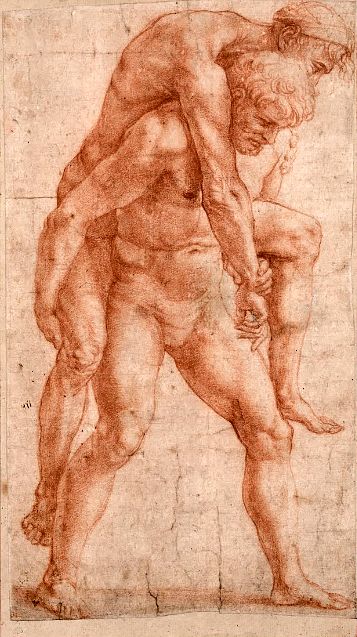 Shut up, shut up, shut up, shut up, shut up. No one wants to hear you talk, you irrelevant old man. Not even irrelevant just for being old, for you were always irrelevant, but you had the cloak of youth to make you appear more viable, more “worth” “listening” to. But no, you flap your lips with an even greater lack of control than a labia queafing. You literally can’t stop, it feels too good. And if you actually stopped long enough to hear the resounding silence emanating from every person you were talking at instead of to, it might be far too unbearable to acknowledge that, in fact, no one is actually listening. They are merely permitting. Allowing an old man his luxury. His not so simple to others pleasure of “expressing himself”–of bloviating like a blowhorn. Sandro couldn’t remember exactly when he somehow became the go-to sounding board for Giacomo to release his unending stories about “the way it used to be” in the neighborhood, but once he sat down next to him in the lone cafe of the town center, there was no turning back. It wasn’t as though Sandro could exactly find a different coffee shop to go to as a means of escape. This was it–the pinnacle of a watering hole in San Felipe.

While others–both men and women–had their means for sidestepping Giacomo and his brand of long-winded, unending “conversation” (though that word usually implies some sort of back and forth), Sandro began to welcome it. Let it wash over him like some sort of pleasant white noise machine as he sat and stared at the sea, sipping his espresso slowly though he knew it was a scandal in Italy not to chug it down immediately while it was still hot. He was not like the others in his town, or his country though. At the same time, he was more like what an Italian was “meant to be” than anyone else: loose, lackadaisical, exuding an aura of having endless time to chiacchiere. Sandro actually did not, however, and really ought to have been paying more attention to his fledgling auto body shop, where the few mechanics he employed seemed to have better knowledge of how a motherboard worked rather than a carburetor. But it had reached a point where he no longer had the strength nor energy to yell at them anymore. He finally apprehended that they themselves would never apprehend what he had tried to implement within their feeble brains. The thing was, fixing a car wasn’t even about mental intelligence so much as physical intuition. These men–still hopelessly and forever boys–did not learn that ability during their youth spent inside playing their pathetic videogiochi. And while Sandro wasn’t even really that much older than them, generationally speaking, he had managed to evade this plague upon malehood that rendered them all more inept (even more than they had been before in their state of total dependency upon their mothers and/or wives).

So he listened to Giacomo, at times intently, other times not so much. For it was Giacomo, the last of a dying breed, that could perhaps unlock the secrets that would give Sandro the strength to carry forward, to do as he was told and give birth to another generation–ideally a son, of course, for this was the supreme not just in all the world but in Italian culture especially. And maybe if he could glean some sort of arcane wisdom from Giacomo to pass along to his own son, he could save what was left of civilization, turn at least one man into a “doer” instead of a do-nothing. It was an intention rife with irony, as most intentions are, considering Sandro had been spending the past several months doing nothing as he sat and listened to Giacomo prattle on and on about everything from the treachery of women to the smoke and mirrors of what was really behind Mussolini’s rise to power. “It had nothing to do with politics. Italian women just wanted a good-looking man to take control. That’s what they all want. It was the American women who finally got wise to this with Kennedy–but if you ask me, he had a faccia di merda.”

Sandro’s interest was piqued at moments like these, when Giacomo’s crackpot nature would really shine through. Others, he would suddenly understand why everyone else in the town steered clear of him–he was a black void, a surefire way to lose valuable time once you entertained his blabbering. The rantings of an inconsequential man made even more inconsequential by his age. Withered as we all one day would be, Giacomo’s remaining teeth were yellow and snaggled, his hair–again, what was left of it–white and brittle. In one instant of severe and unwanted clarity, Sandro could see himself in and as Giacomo. This was to be his future, unavoidably and irrevocably. No matter what he did. Even if he found the emotional wherewithal to return to the body shop and act the part of Mussolini enforcer, it would not matter. His fate was doomed to be as it was for Giacomo: sitting at the only caffetteria in town rambling to anyone who would pretend to care. It didn’t matter if what was being said was being heard. It was the aesthetic illusion of a bodily presence that kept Giacomo going. In fact, Sandro likely could have put a blow-up doll in his place and it would have the same effect. Continuing to prompt Giacomo to orate as though anyone gave a shit about his non-stories, his vomiting of words for the sake of hearing them reverberate back to him.

The following day, after Sandro had made an arrangement with the proprietor to leave a blow-up doll somewhat resembling Sandro in his usual seat, he went to check on Giacomo to see if he was still vociferating. But, in fact, Giacomo was no longer there, in his perch. When Sandro asked if anyone had seen him, one of the signore nearby somberly informed Sandro that he had passed the previous night. Sandro felt partly responsible, as though Giacomo had intuited the blow-up doll plan and decided there was no point in talking anymore.