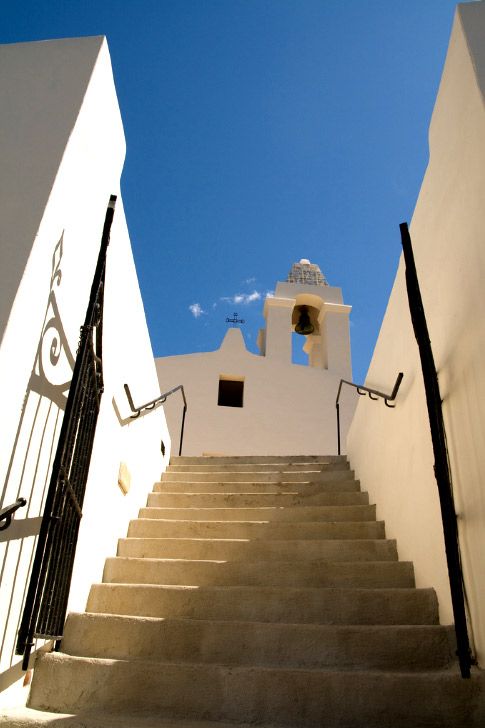 On a clear day, you could see Tunisia. That was what his mother constantly boasted about despite the fact that she was racist and wanted nothing to do with Africa. But she liked that she could tell people that about the island. Like it gave it some sort of unquestionable cachet. For Mattia Farina, there was absolutely nothing about the island that could possibly make it worth staying longer than he had to. He busted loose at eighteen, determined to use mainland Italy as his launching pad to get to a country of actual respectability. Though there were fewer and fewer of those in Europe, his aim was to settle in Zagreb, where he would use his sociology degree to end up parlaying a curation role at the Museum of Broken Relationships. He had no intention of returning to Pantelleria ever again, not even after Luca Guadagnino quote unquote “put it on the map” with A Bigger Splash. As if it wasn’t already on the map without him.

Of course, he was still young when he had these determinist’s thoughts of never returning. Failing to take into account that as he got older, so, too, would his mother. Dear and pious Concetta. She still had his brother, Pino, to keep her company, of course. But as is typically the case with prodigal sons, she preferred Mattia solely because he had abandoned her. She wanted what she couldn’t have, yet at the same time was embittered toward him for what she perceived as a rejection of her as a result of rejecting his roots with such vehemence. She was almost seventy-three now, but in Mattia’s mind, he would forever imagine her as no older than she was in her late forties. Perpetually hunched over the stove–stirring the pot, stirring the pot, always stirring the pot.

He came back in that late spring of her imminent death to the house he grew up in on the part of the island that evaded tourists–that is to say, there weren’t many hot springs near them. There was nothing rich Americans loved more than a good hot spring though, convinced it was their “affordable” ticket to the fountain of youth that would make them well-respected back in their own country, whereas here, the only thing that earned one respectability was not absconding from the place they were born. Ergo, Mattia was not taken aback to be met with some amount of scorn upon being picked up at the airport by his aunt, brother and grandmother (still somehow in better shape than her own daughter).

Mattia met the firing squad with as much grace as he could, but after enough “subtle” insults hurled his way about becoming just as cold as the Croats in his absence, he snapped, “Abbastanza! Va bene? Ho lasciato l’isola, sono qui ora. Sto già avendo un tempo difficile senza i tuoi insulti!”

They sat in silence as Nonna Clelia pushed her foot on the gas even further, as though her foot was entirely leaden. Mattia was unaccustomed to the speed with which his brethren could drive, having been entirely reliant on public transportation for the past several decades. He could swear he saw her grinning in the rearview mirror at the sight of him clutching to the ceiling’s handle in terror. His outburst had only momentarily deferred the river of shit he was getting for not only leaving, but staying away this long despite having been made well-aware of his mother’s condition.

His Zia Beatrice seethed, “She might have had more strength if you’d come sooner…”

The guilt, the guilt. Sempre questa colpa. But it was no one’s fault that Concetta was dying. She was the one who did it to herself, living on a diet of cigarettes and fritti. Relishing in the trauma of her loneliness. Mattia did not pity her, in fact, he rather despised her for being so pitiable. She could have moved on to any of the men on the island after her husband died when he was just thirty-five. A “freak” boating accident. They said. But what man goes boating in the middle of the night expecting something potentially fatal not to happen. Mattia was the only one who ever acknowledged that it was a suicide. When he did, he was met with the first and last smack across his face he ever received from Concetta. She said nothing to him after, as though the slap was a sufficient statement on its own. A warning that he never speak that way of her beloved again.

Mattia knew it must be hard for any woman to admit that her husband had killed himself. How could she not at least partially blame herself? For if she had been “enough” for him, maybe he would have managed to stick around. Then again, Mattia imagined his father was going just as insane from Pantelleria as he would have had he resigned himself to staying. He knew he was more like his patriarch in every way, including this intense contempt he had for the confinement that the island enforced.

Ruminating on his father’s suicide and the only time his mother had ever hit him, Mattia forgot where he was, responding after about a minute of Pino–poor, fat, stupid Pino–snapping his fingers in Mattia’s face and demanding, “Ma che? Sei pronto? Siamo qui.”

He turned to see the house, just as it always was. A pale pink hue with annoyingly charming and well-manicured fuchsia flowers adorning the walls in a quagmire of vines that would have made it look creepy in any other country but Italy. Instead, it was “quaint.” He shuddered. He could feel a deep sense of regret washing over him, aware somewhere deep down that something was wrong. That he was too late.

As the four of them ambled toward the house, he still half-expected to see Concetta hovered over the pot on the stove, stirring. Constantly stirring. But she wasn’t there. In fact, the only part of her that remained was a body ravaged by time, for he had just missed his chance to say goodbye, her soul having floated up into the sky mere moments before the car pulled up. She tried her best to hang on for him but then reasoned, “Well, he didn’t bother to hang on for me.” She didn’t know anymore if she was referring to her husband or her son.

Mattia seemed to go catatonic after seeing his mother, saying nothing to anyone as they prepared for the funeral–though he was certainly sure that everyone wanted to say something to him. That he was an ingrate, a good-for-nothing–other than being a catalyst for her death. He turned to stone in order to endure the energies he could feel emanating from all of them–aunts, uncles, cousins. The only people who, surprisingly, did not give him the evil eye were Pino and Nonna Clelia, despite having initially been his two harshest critics.

It was to be a simple affair at the Chiesa di Madonna delle Grazie. Only Pino and Clelia would be saying a few words, for they decided not to include any false eulogy from the priest. Mattia was vocal in saying that there ought to be one considering how devout Concetta was, but Pino and Nonna Clelia were staunch in not wanting their own speeches to be usurped.

Mattia reckoned it wasn’t his place to make suggestions anyway. After all, he had been absent. What say did he have in any of these matters? And yet, all at once, as he and his manifold relatives ascended toward the church, he was overcome with emotion he never knew he was capable of. It was thus that he kneeled on the steps of the church in agony, as though struck down by a smiting from God himself (or maybe Concetta herself, more likely). In his prostrate position, Mattia burst into tears as he screamed, “Mamma mamma! Per favore! Ritorni! Ritorni qui con me! Non ti lascerò. Ti prometto che non ti lascerò mai più!” But when he let go of the island, he had already, in turn, had to let go of her for good.