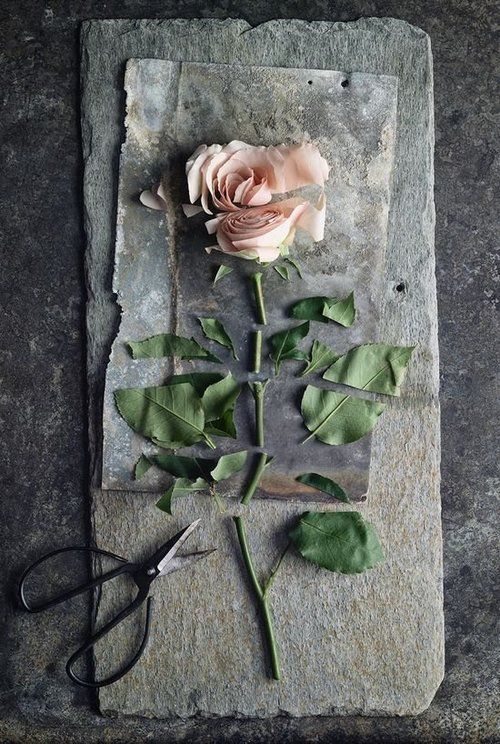 Posted on July 21, 2019July 21, 2019 by Genna Rivieccio Posted in Short StoryTagged Band-Aids, fiction, genna rivieccio, literary bitch, literature, Ripping Off "Nature's Band-Aid" Is The Only Way Some Girls Can Rip Off Their Shackles, short story

The more he told her “no”–don’t do this, don’t do that–of course, the more she wanted to. Defy, rebel. Prove that all of this “sound advice” was complete mendacity. A means to hear himself talk, spouting the word equivalent of diarrhea from his Trump-like in its smallness hole of a mouth. A mouth she had let kiss her, make the rounds throughout the length of her body (everywhere except the place where life begins, a place that was apparently too arcane for him). She should not have ever given that mouth–that person–any such privilege. For all he really wanted to do was oppress her. Even in something as seemingly meaningless as how to deal with a scrape on her knee–accrued from a drunken tumble on her way home late one night after “a” drink with friends turned into about ten as catching up had taken longer than anticipated.

She always seemed to be “catching up” now. Never had as much time as she used to for the platonic relationships she once held dear, but had of late become an impossible burden to bear in between her constant concern for pleasing Wren and her constant concern that she might be having a nervous breakdown at his very hand. A hand that would never hold hers in public or otherwise because public displays of affection were “a surefire sign of weakness,” whereas true love meant being “secure enough in one’s feelings to not falsely parade the pomp and circumstance of the sort of performed emotion that pop culture brainwashed people into believing was real.” She didn’t bother to argue with him on the matter, and soon found herself using her pillow, placed between them at night, as a primary resource for cuddling, for a blowup doll would’ve caused too much overt offense to Wren.

Fragile ego’d Wren. Wren pretending to be so secure in his absurd convictions. So secure, in fact, that he had successfully manipulated Garance (named as such thanks to her cinephile mother’s obsession with Les Enfants du Paradis) into buying into his superficially gold-covered bullshit. Fool’s gold, to be sure. Yet it was partially her own fault for being so insecure in knowing herself where he was overly secure as a means for compensating for the fact that, in reality, he knew himself not. There was no there, there. Hence his fervent desire to make it appear as though there was. And to make everyone else, particularly the easy target that was Garance, feel as though they had no depth. Were as soulless as he. And maybe Garance had no soul to begin with, in truth, if she was this easily “takeable.” This easily prone to falling at his very parsimonious mercy. If the scant nuggets of his approval could be called mercy.

And yet, like a case from a Psych 101 textbook, she wanted him to love her the more he made it so blatantly obvious that he didn’t. Just as, the more he told her to do something, the more she wanted to “disobey.” To prove to him he was wrong. Like when she got the aforementioned scab from a raucous night out with the friends she had been so neglectful of in her overattentiveness toward Wren.

When she awoke in their bed to the sight of blood on the sheets, she scrambled to try to conceal it in some way from Wren, lest he lay into her about her irresponsibility. But when she tried to peel the sheet off, she found that the blood on her knee had caked in such a way so as to get stuck to her, making it so painful to rip off that she couldn’t help but let out a screech, alerting a lightly sleeping Wren to the situation at hand.

“What the hell did you do Garance?”

She blanched, couldn’t think of how to respond in any way that would stave off his flare-up of contempt for her. For her carelessness. Before she could formulate any words, he was prying the sheets from her without any concern for the physical agony it would (and did) cause her. She bit her lip, trying not to scream–trying not to display any further sign of weakness. But she had to emit some sound, something that would exorcise the distress she was feeling in that instant. Some exclamatory emission that might at least somewhat accurately convey her excruciation.

Her decision to do so prompted Wren to backhand her across the face. “Quiet. You’ll make the neighbors think I’m beating you.” His calm stoicism as he said this made the act all the more sinister and jarring.

She glared at him. “Well it fucking hurts, what do you expect?”

“I don’t know. How about not to wake up next to a drunken trainwreck?”

She rose from the bed, her flesh wound torn open anew from the sheet injury. Limping to the bathroom wordlessly, she shut the door behind her and, with her back against it, slinked slowly downward, wishing she had never met Wren. That he had never honed in on her with such precision that afternoon on the subway, when they seemed to be the only two youths left who hadn’t finagled some manner of a summer job or “pertinent internship.” Yet, with the curse and benefit of hindsight, she could recognize that he had intuited some sort of enervation in her. Something he could capitalize on and use to his advantage in getting off on being the more powerful one in a romantic dynamic. But there was nothing romantic about what they had as time wore on, and soon, she realized she had let nearly four years pass without waking up to the direness of the situation.

In the bathroom, she turned the shower on and let the cold water douse her body in its fits and spurts (neither one of them seemed to have wanted to spring the extra cash for a more powerful shower head, because Wren was cheap and Garance feared the repercussions of becoming a full-fledged bourgeois). She wondered if she let the water run long enough that maybe–just maybe–it could wash away all the time she had wasted hoping that Wren would experience a transfiguration into a decent boyfriend.

Losing track of the time she was spending in the bathroom, a sharp rap at the door came roughly twenty minutes later, with Wren insisting, “Get out of there, I need to get ready.” She sighed and turned the handle to the right. Her wound was still lightly bleeding and she opted not to dry that part of her leg as she toweled herself off. By the time she had finished drying her hair and putting on her makeup, the makings of a new scab had proceeded to re-form.

As she emerged from the bathroom, an irritated Wren waited right at the door. “Took you long enough, Jesus.” He then looked her up and down to appraise her. “You look all right though. Not too rode hard and put away wet.”

She rolled her eyes and headed for the kitchen, where she opened their “everything” drawer to pull out a box of Band-Aids. Seeing her from the still opened crack in the door, which he had chosen not to close so he could monitor her one last time before performing his ablutions, he called out, “And don’t put a Band-Aid on that! A scab is nature’s Band-Aid.”

She bristled. She wanted to shatter the fourth wall she knew must exist between her and whatever audience was sadistically watching this horror show. Instead, she took a deep breath and put the Band-Aids back in the drawer, damned to comply as a result of whatever inexplicable authority Wren had over her.

Over the course of the next week, they saw little of one another, each toiling away at their separate but equally mind-numbing jobs. By Friday, the “nature’s Band-Aid” that Wren predicted had solidified. A perfectly round, brown scab that itched whenever Garance moved in a certain way. When she arrived home that night, she was surprised to find that Wren had made dinner (or possibly ordered the green curry he claimed to have made himself à la Mrs. Doubtfire). He had even lit two candles and put them in empty wine bottles for added aging hipster effect.

“What’s all this for?” she asked, dropping her purse to the floor.

“Oh, you know. It’s been a long week. I thought you could use a little…tenderness.” He practically grimaced as he said the word, then looked from her to the purse. “Would you mind not setting your bag down there? I just cleaned up in here.”

She knew his good humor ought not to be too tested, and she immediately adhered to his request. Sitting down at the table, she could feel his eyes on her, specifically her knee, where he bristled at the sight of a Band-Aid over her scab.

“Come on Wren, I work in a corporate setting. You expect me to walk through the fucking office with an exposed scab?”

He shook his head. “Your concern with exterior opinion is part of the reason you’ll never achieve greatness.”

He proceeded to remove some long-stem pink roses from a package on the counter that Garance hadn’t noticed before. Wordlessly, he began chopping–hacking–them on a cutting board. “Honestly, I don’t even know why I got you these. You don’t deserve them.”

His attempt at romanticism, so quickly gone with the wind, was more than Garance could bear. Was almost worse, in fact, than when he was his usual self. At least that somehow felt less cringeworthy. Less like a dry anal rape. And in a burst of no longer being able to endure his demands, the ones she could never truly fulfill unless she remade her entire body and personality, she screamed. A tribal cry that, when paired with tearing her Band-Aid from its place on her knee, followed by the ripping off of the scab itself, allowed her to place her “nature’s Band-Aid” right over his maw. For the first time since she had known him, she had silenced him.