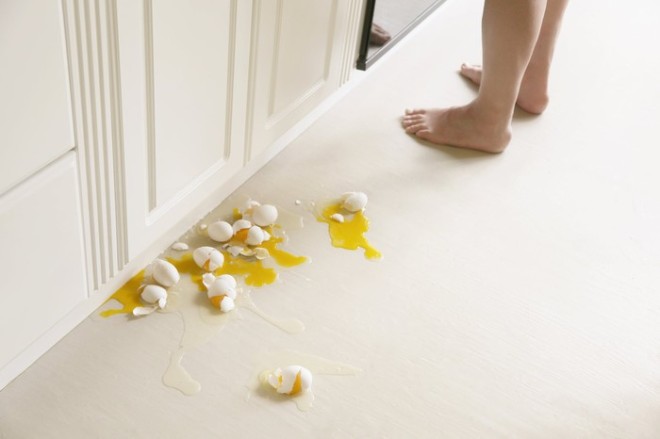 In the past, it wouldn’t have been such a source of worry. To not detect one’s pregnancy at under the six-week mark. Eva had never been afraid before. That is, afraid of an “errant” sperm slipping through the cracks of the condom (and sometimes, not even having a condom at all, therefore just slipping through the cracks of her vaginya). As a sex worker, she was seasoned at all the ways and means of “fetus disposal.” But that was before “the law.” Or, more to the point, the assault on women simply for being “free.” Not that they ever were, or at least not on nearly the same level as men. But perhaps seeing even a modicum of liberty in the way women were comporting themselves sent too many over the edge—particularly Texans.

If you had asked Eva when she was in high school if she ever would have ended up living in Texas, she would have laughed in your face. But, as it turned out, she wouldn’t be able to graduate from the Colorado institution in question. She got pregnant instead. Her parents, being religious fanatics, were obviously appalled. They did the only thing they could think of: send her away. It just so happened that the “care facility”—where she would be expected to have her baby and then give it up to someone more “capable”—was in Texas. Somewhere on the outskirts of Austin. Eva, being the ever-resourceful girl that she was, already had the notion that she was going to escape before they could lock her down and rip the child from her. It incensed her that they were willing to make her go through the emotional process of having a baby, but they weren’t willing to let her reap the maternal reward of keeping it. At that rate, she preferred to just rid herself of the thing altogether. Which is exactly what she was going to do when she freed herself from the “authority” whose hands she had been placed in. Thrown into the back of the van with a handful of other “sinners,” Eva, for whatever reason, was the only one who thought to slip away when they stopped at a gas station near Amarillo. It was her chance to break free, in every way possible. She was never returning to the life she had known. That life of oppression and judgment her parents rained down on her from all sides so that she could barely breathe.

In some ways, because of this constant repression, she felt like she was destined to get pregnant. That it was the one and only thing that could have gotten her parents to finally set her free—by believing they were merely putting her in a different cage. Well, she was about to snatch their key away from them and let herself out once and for all. Although she knew the risks involved, she decided to hitchhike the rest of the way to Austin. She figured that being visibly pregnant might help her cause, but, then again, there were a lot of creeps and fetishists out there. She was pretty sure that’s why the trucker on the first leg of her hitching tour kept “slyly” glancing over at her bump, like he might not be able to control the urge to whip out his dick and start wanking right then and there. Or maybe he was just judgmental like her parents, wondering if he ought to be helping such a misguided slut toward her independence.

It took her a total of three hitches to get to Austin. Where she promptly booked an appointment for an abortion. She was just under three months pregnant. That was back in the glory days, when you could get an elective abortion at twenty weeks. Those times had disappeared now—evaporated into the ether of an era that now sounds idyllic despite all the problems there still were then.

Eva never regretted her choice. She knew that if she had gone through with it, she wouldn’t have been able to just give the baby up. And she wasn’t ready to have one. That was fifteen years ago—at her current age of thirty, she still didn’t seem so ready. For the path her life had taken turned into one of sexual debauchery… that is, in the eyes of any Texas conservatives. The very ones she could find in her brothel at night. It was an underground speakeasy that required a different password each evening. Cameras were strictly forbidden, confiscated at the door after a full body check. There were too many high-profile politicians in the mix to take the risk. So Eva protected the very wolves who sought to tear her and her kind apart.

Although she was the “madame” of the operation, it didn’t mean she herself was averse to having regulars. One such regular was a man she referred to as Senator X. She would constantly try to brainwash him with ideas right at the moment when he was about to cum. The power of suggestion in this moment, Eva maintained, can never be underestimated. A man would agree to just about anything in that instant. And what Eva wanted him to agree to then was suggesting stricter mask-wearing mandates. Oh what a simple request that was, looking back. Because once she started bending his ear about the grossly named “Heartbeat Act,” her work became far more herculean. He was not only refusing to budge on his literal position (forever content to just lie on his back and let Eva do the work), but his retro “ideological” position as well. That hooey about all human life being precious. Even when it’s 1) unwanted or 2) the product of incest or 3) the product of rape (these latter two scenarios being all too common in the State of Texas).

She thought about suffocating Senator X one night with the nearest pillow. But what good what it do? You can kill a person, but not the rhetoric that lives on in the Hydra they embody. Plus, she figured she would be the first person the police would come looking for upon his death. Everyone knew he was practically the chief rent payer of this entire endeavor. And Eva hated herself a little more each day for managing to get wet enough to let such a monster inside of her. You’d think his foul, scaly body would keep her dry as a bone, but no, she always mustered enough moisture to get him in. Maybe she was turned on by her own foulness in some way. Got off on being the type of woman who could literally sleep with the enemy. In the end, it wouldn’t be Senator X’s fault anyway, but the Supreme Court’s.

After the day abortion rights died, Eva armed up. Stockpiling pregnancy tests, morning after pills and condoms like she was building an abortive bunker. And she supposed she was. She didn’t want any of her girls to get caught out there. Stuck with no resources. No recourse. Stuck, worst of all, with an unwanted child. There were already so many of them in the world. The last thing it needed was more. Eva’s “best little whorehouse in Texas” was starting to become a bit too renowned for screening her girls with pregnancy tests more than they were for COVID (which was also an important factor in keeping her business running). It caught Senator X’s attention. He wasn’t shy in telling her one night after he had one of the better fucks of his life that he was going to have to alert the police about her stash. That it qualified as her “abetting” abortion somehow.

She couldn’t believe Senator X could be so cold. Could so quickly separate business from pleasure. One minute he was all softness and subservient mewing, the next he was giving her a hardline instead of a hard dick. Well, she couldn’t really stand for it any longer. She’d already contaminated her vagina by lowering its standards to the likes of him. Though she knew she would be severing a major meal ticket by finally going through with her urge to kill him, it had to be done.

Once he had been suffocated, the girls helped her bury him in the yard—the last place anyone would think to look, even if Eva became a suspect. For posterity, they scattered a few empty pregnancy test boxes in with the dirt mounds that would keep him quiet forever. As far as Eva was concerned, it was now one senator down, an entire patriarchal state to go. The feeling of satisfaction she had, she was aware, would be ephemeral. For she might have silenced one man, but the loudness of the male body politic would continue to silence them. Unless they tested early and often. That reminded her, she needed to take a trip into New Mexico to buy more supplies. She couldn’t, after all, have any Texans onto her “scheme,” thinking she was some kind of abettor.